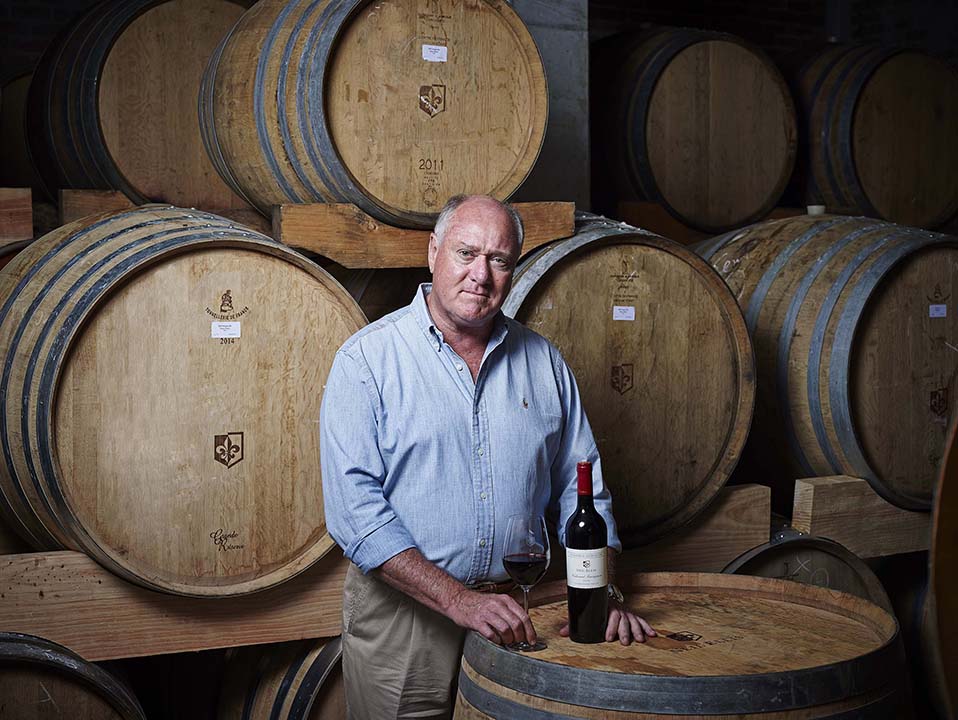 A meticulously curated collection of 48 individually crafted wines of great diversity, rarity and innovative winemaking, goes under the hammer at the 34th Nedbank Cape Winemakers Guild Auction in Stellenbosch on Saturday, 29 September 2018.

Innovation, craftsmanship and consistency of quality stand out as the hallmark of this South African wine industry showcase that features small volumes of unique collectors’ wines all made exclusively for the auction by members of the Cape Winemakers Guild (CWG).

‘It is encouraging to see that our Guild members are really focused on quality and innovation. There is a strong showing of traditionally styled wines, such as Cabernet blends, Shiraz and Pinot Noir, and it is great to see some members pushing the boundaries with unusual varieties such as Grenache Blanc, Mourvèdre and Tempranillo. The Nedbank CWG Auction is the ultimate showcase for our members who are serious about producing and selecting only the best quality, even if this results in a smaller auction,’ says Boela Gerber, CWG Chairman.

His sentiments are shared by auction selection convener Neil Ellis: ‘This year’s auction once again embraces innovation, classic styling and consistency of quality. Of particular interest will be the stand out reds of the 2015 vintage.’

Ellis, a longstanding stalwart of the Guild who no longer submits wine for the auction after becoming a non-producing member two years ago, was the first winemaker to be invited by the original founders to join the Guild in 1983. His son, Warren, who became a Guild member in 2017, makes his auction debut this year with his Neil Ellis Wines Amper Bo Tempranillo 2015, the CWG’s first ever Tempranillo wine.

In another auction first, Sebastian Beaumont has broken new ground with a 100% Mourvèdre, his Beaumont Family Wines Whole Bunch Mourvèdre 2016.

For two CWG founder members, Etienne le Riche and Jan Boland Coetzee, 2018 holds great significance as this will be the last year they will be participating in the auction as producing members of the Guild.

In the 2018 line-up of 14 white wines, Chardonnay is once again the biggest category with five entries, followed by blends and Chenin Blanc with two each. Sauvignon Blanc, Semillon, Semillon Gris, Grenache Blanc and Riesling each have one wine on auction.

Bordeaux-style blends are the strongest category with eight wines in the red wine selection, which comprises 31 entries this year. Next in line is Shiraz with six, followed by Pinot Noir with five wines. Cabernet Sauvignon and non-Bordeaux blends both have three wines on auction, with two Pinotages on offer. The rest of the auction reds are Merlot, Cabernet Franc, Mourvèdre and Tempranillo with one entry each.

Port-style wine makes a comeback this year with Carel Nel‘s Boplaas Cape Vintage Auction Reserve 2015. This vintage is widely held as one of the best years for Cape Vintage production in the last three decades.

While innovation is an important aspect of the auction, the selection of well-established wines of great lineage is a major draw card for collectors and influential wine buyers who return every year for a chance to purchase new vintages of these heritage wines.

Other interesting white wines to make their return include Simonsig Die Kluisenaar Roussanne Marsanne 2016, DeMorgenzon Grenache Blanc 2017, Hartenberg CWG Auction Riesling 2016, as well as the Mullineux ‘The Gris’ Semillon – Old Vines 2017 from a vineyard planted in 1955.

All auction wines are selected after rigorous scrutiny in a blind tasting by the members of the Guild and are tested by an independent laboratory to ensure that they meet the highest standards of wine health measurement. Since its inception in 1985, the Nedbank CWG Auction has become a benchmark of excellence and the CWG label is widely held as an authentic assurance of quality and craftsmanship.

The 34th Nedbank CWG Auction, conducted by Henré Hablutzel of Hofmeyr Mills Auctioneers for the 21st consecutive year, is open to the public and will be held at the Spier Conference Centre in the Stellenbosch Winelands on Saturday, 29 September 2018.

Registration for the auction and VIP lounge will close on Wednesday, 19 September. Telephonic and proxy bidding options are available to those who are unable to attend in person. To find out more, visit: www.capewinemakersguild.com, email info@capewinemakersguild.com or call Tel: +27 (0)21 852 0408.

A selection of the 2018 CWG Auction wines will be available for tasting at the following public events:

Tickets at R350 per person including a tasting glass, can be purchased via www.webtickets.co.za.