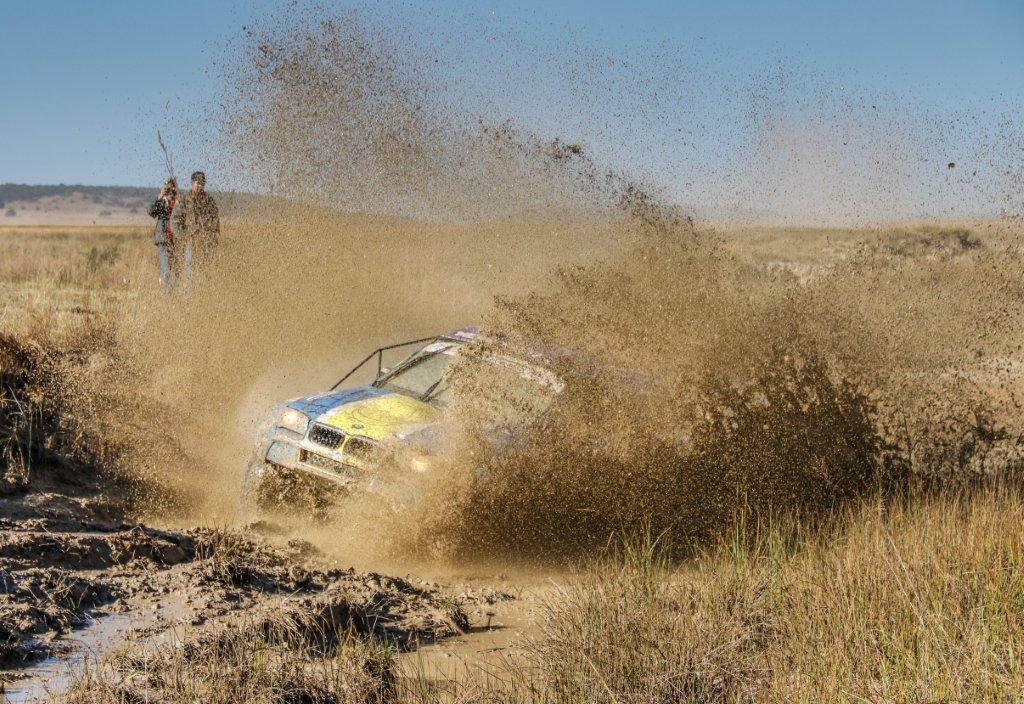 Brian Joss – The Speedglas Welding Helmets BMW X3 is back in action at the end of the week, with the Atlas Copco 400 – fifth round of the South Africa Cross Country Series (SACCS) – getting underway in the Bronkhorstspruit area on Friday.

Once again Richard Leeke Jnr will have multiple-champion Danie Stassen alongside him – an arrangement which ATS Racing is pleased to announce will continue until the end of the year. The pair teamed up for the Desert Race for the first time and while they experienced a number of technical issues, the rapport in the cockpit was so good that they’ve decided to maintain it for the remainder of the season.

“We’ve had our share of bad luck in the first half of this year and while I knew there would be a learning curve with the X3, I didn’t think it would be quite so steep,” commented 22-year-old Leeke. “Nevertheless, we soldier on and our luck is bound to change. Danie is a specialist cross-country navigator and it’ll be great to have him alongside again.”

The weekend’s event is expected to be dusty, so a good qualifying result on Friday will be important. Power will be important too and while the team is still looking for one of the rare, 4.4-litre BMW V8 powerplants to give them the straightline performance of their class T rivals, it won’t be as much of a drawback as it was in the desert.

According to SACCS Route Director, Adri Roets, the route will primarily be based in the mealie fields in and around the Bronkhorstspruit area:

The Soetdoring Function Venue acts as race headquarters as well as the Start/Finish of the race on both days and the designated service park. The main race route will consist of two identical 170-kilometre loops. The end of the first loop will be a good opportunity for fans to meet the ATS Racing guys on Saturday, as there is a compulsory service.  Following the event is also easy, thanks to the RallySafe App where the map, times and results as well as lots of other relevant information is available. The App can be downloaded free for iOS and Android devices.