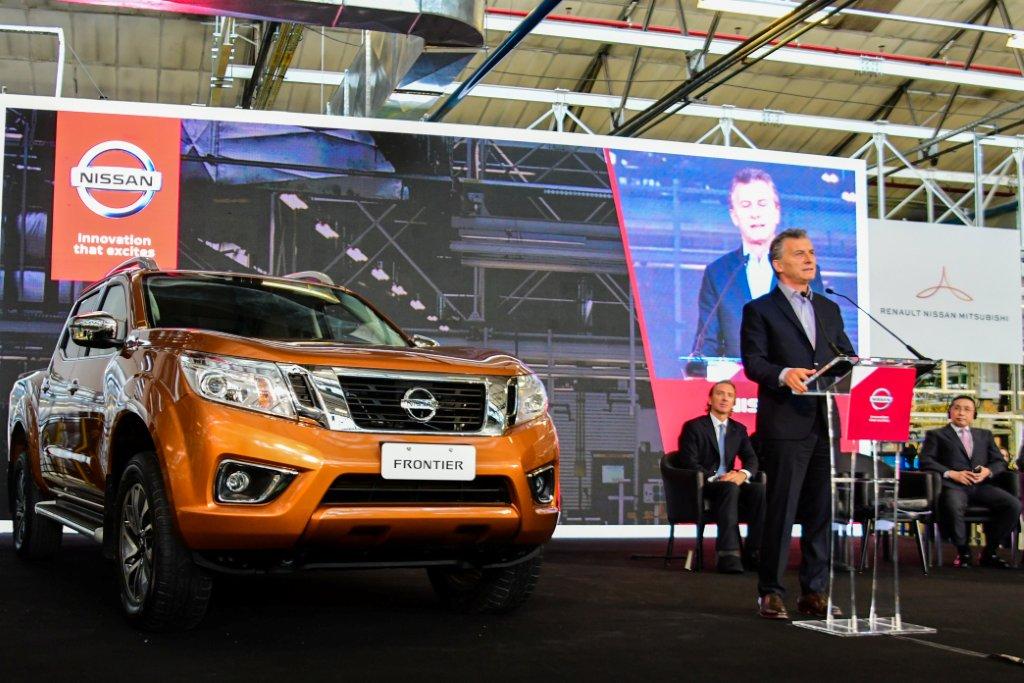 Brian Joss – Representatives of the Argentine government and Nissan executives attended a ceremony this morning to officially kick off production and present the first Nissan Frontier assembled in the country.

During the ceremony, Saikawa highlighted the importance of Latin America in accomplishing the company’s midterm plan, Nissan M.O.V.E. to 2022, which aims to achieve sustainable growth worldwide.

“We announced the arrival of Nissan to the country as a subsidiary and OEM, confirming a big investment that supports our plan to become one of the top automotive brands in the region. Today, we are honoring that commitment and celebrating the start of production of the Nissan Frontier. Today, we are delivering on our promise to Argentina.

“The manufacturing project in Cordoba is the result of a $600 million investment to build a new, modern pickup assembly line as well as a test track specifically designed for pickup trucks. The project will generate about 1,000 direct jobs and 2,000 indirect jobs. Nissan will also work with local suppliers to create synergies that will be further amplified in the future to increase collaboration with local vendors.

With the start of production in Cordoba, Nissan Argentina joins the Nissan Frontier global manufacturing network, alongside Thailand, China, Mexico and Spain, and consolidates its position as a key vehicle manufacturer in Argentina.

The new assembly line will have the capacity to produce 70,000 vehicles a year for Alliance partners Nissan and Renault – as well as Daimler – with 50 percent destined for export. Brazil will be the first country to import the Argentina-made Nissan Frontier.

The Nissan Frontier made in Cordoba is based on an 80-year legacy of global experience in manufacturing light commercial vehicles. It’s also the result of a two-year research project on driving conditions specific to Latin America.

The project brought together a team of 120 Nissan experts from around the world, including engineers and quality specialists, who joined forces to guarantee top Japanese quality, reliability and durability – on which Nissan has grounded its reputation and successfully positioned the Frontier in the global pickup segment.

Manufacturing of the Frontier in Cordoba is the result of the synergy and collaboration of Renault-Nissan-Mitsubishi. Nissan, Renault and Mercedes-Benz 1-ton pickups will be manufactured at Renault’s industrial complex in Cordoba, the last being part of a collaboration agreement between the Alliance and Daimler. The three pickups will share structural components while preserving their own brand identities, design and distinctive features.