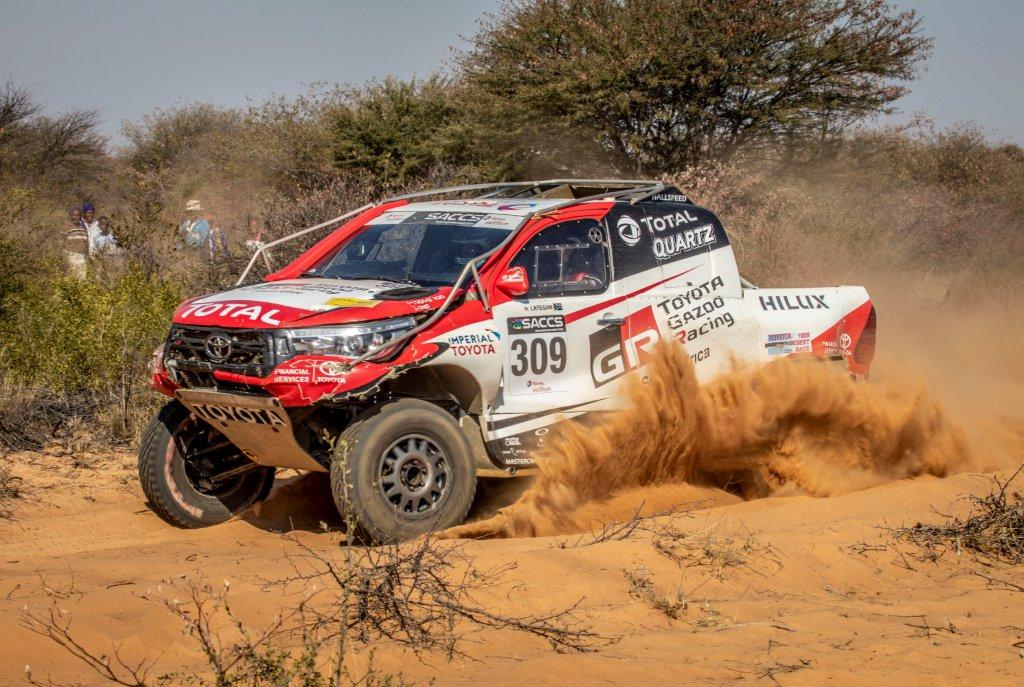 Brian Joss – With the 2018 South African Cross-Country Series (SACCS) at the mid-point of the season, Toyota Gazoo Racing SA will be aiming for a solid performance at Round 4 of the six-round championship, the Atlas Copco 400. The race is set to take place on 3 and 4 August 2018, with the action centering around the Gauteng town of Bronkhorstspruit, to the east of Pretoria.

“Both our Class FIA Toyota Hilux race cars now feature the latest cooling systems, and we’ve also tweaked the performance in preparation for this weekend’s race,” says Toyota Gazoo Racing SA Team Principal, Glyn Hall. “Our aim will be to record strong finishes with both cars.”

Henk Lategan and navigator Barry White had a great opening race day in the Desert, winning the day and bagging 30 points as a result. But a DNF on Day

2 saw the Toyota Gazoo Racing SA Hilux crew lose out on even more points, and Lategan currently finds himself in fourth place in the standings.

“Henk and Barry did an excellent job in Botswana, and we really need them to carry on from there,” says Hall. “Winning a day of the Desert Race is no mean feat, and it shows the kind of pace that we’ve come to expect from this crew.”

The race starts at 2pm on Friday, 3 August, with a Qualifying Race of 40 km.

This race will be used to determine the starting positions for Saturday’s main event, which starts at 8am. The race HQ, Designated Service Park (DSP) and start/finish will be located at the Soetdoring Function Venue, and as always entry for spectators is free of charge.