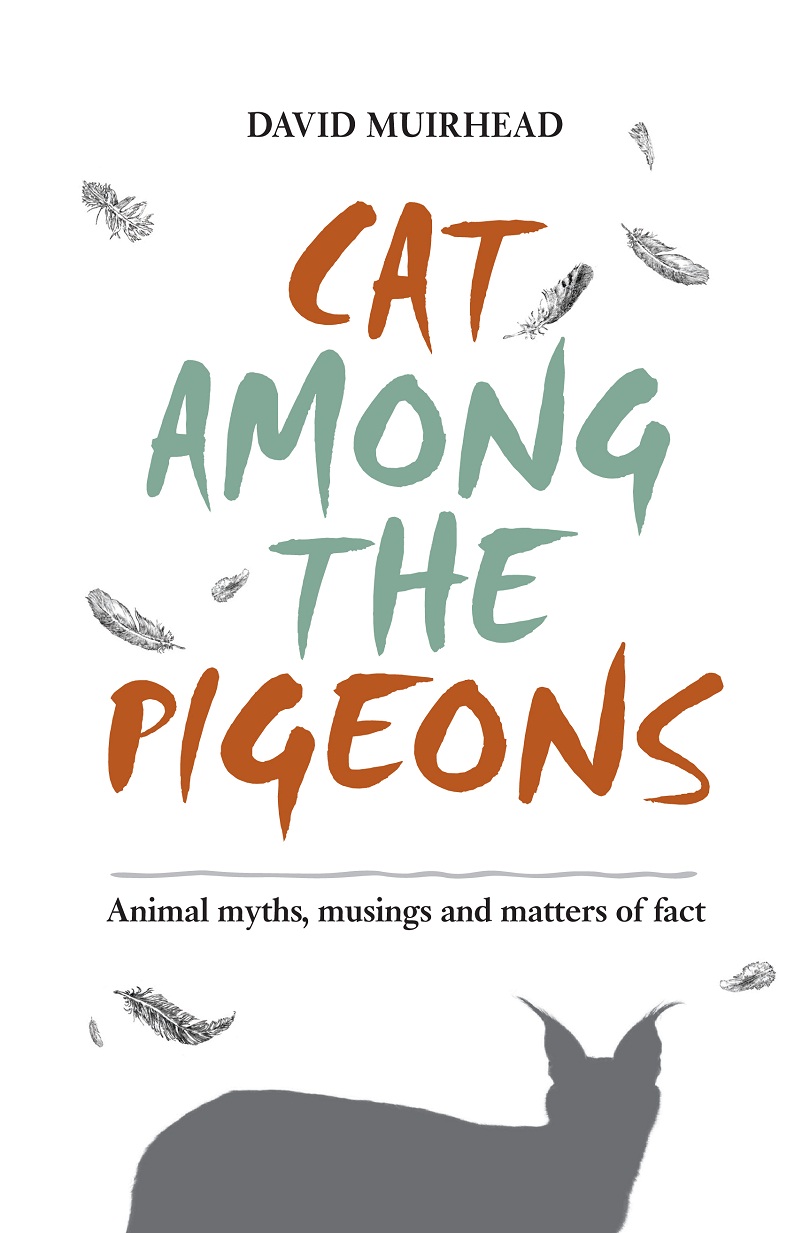 In the 1950s the company that made Raleigh bicycles launched a clever campaign to sell their well-engineered  product to Africa.

Billboards showed a beaming African youth energetically pedalling away from a charging lion. Even though at the time there were very few lions outside the traditional game reserves, the campaign was a great success, Muirhead writes. For an animal that spends so much of its life snoozing, lions once exercised our ancestors in ways which we shudder to recall. A lion can accelerate from 0 to 60km/h in the blink of an eye, so the man on the bike wouldn’t have been a problem if the lion wanted a snack. However, Muirhead dispels the myth that the lion is a predator. It sleeps so much because it can and its behaviour is more like that of a dog than a cat.  A typical cat lives in dense bush by itself but lions live in a pride and they evolved specifically to tackle the heavy end of the buffalo or wildebeest. But, to bring them down requires teamwork and it is the female of the species that does the actual killing, which has given rise to the view that the male is a preening freeloader. Well, yes and no, says Muirhead. A male lion’s big, bushy mane tends to make him a bit of a disaster when stalking. Even the doziest of zebra would notice a furry boulder moving towards them. Despite the male’s penchant for snoozing,his life is not a happy one and when he is driven out by a younger rival the end is near. Females don’t have it easy either. A great sex life is no compensation for watching your family being slaughtered which happens at least once in a lioness’s lifetime. So there are a few things about lions you probably didn’t know.

The rain frog can’t even swim: in fact when it lands in the water it blows itself up into a little beach ball and hopes that a friendly breeze will blow it to shore. In fact it has an aversion to water so you probably wonder why it’s called the rain frog. They spend most of their life underground, sleeping, while their mating habits will give you pause for thought. It involves a substance similar to superglue and acrobatics worthy of a circus act.

Muirhead exposes myths about the coelacanth that so excited Marjorie Courtenay-Latimer and JLB Smith when it was brought to them in East London.  It was a relatively modest 50 to 60 years old, and not 65 million as presumed. They also taste disgusting: their flesh is oily and their scales ooze mucus. No one knows how coelacanths manage to produce offspring because, as Muirhead points out, there are no obvious bits. But their eggs are bigger than tennis balls and the embryos take 13 months to emerge.

Cockroaches have been with us for a mind-numbingly long time, well over 300 million years, and Muirhead explodes another myth. Cockroaches are scrupulously clean. Each long antenna has 365 segments, each one responsible for monitoring some aspect of its environment. There are 4 500 species of cockroach and only 30 of them are regarded as pests.

Cat Among The Pigeons is a fascinating collection of stories about creatures great and small that will appeal to anyone interested in humorous writing and the world around us. You’ll want to dip into it again and again and you’ll find out what Marilyn Monroe had in common with the Marabou Stork, the ugliest bird in the world. And if the albatross is really a harbinger of doom. The pen and ink sketches are by Patricia de Villiers. Muirhead who lives in the Western Cape also wrote The Bedside Ark: A riotous assembly of unrespectable creatures.