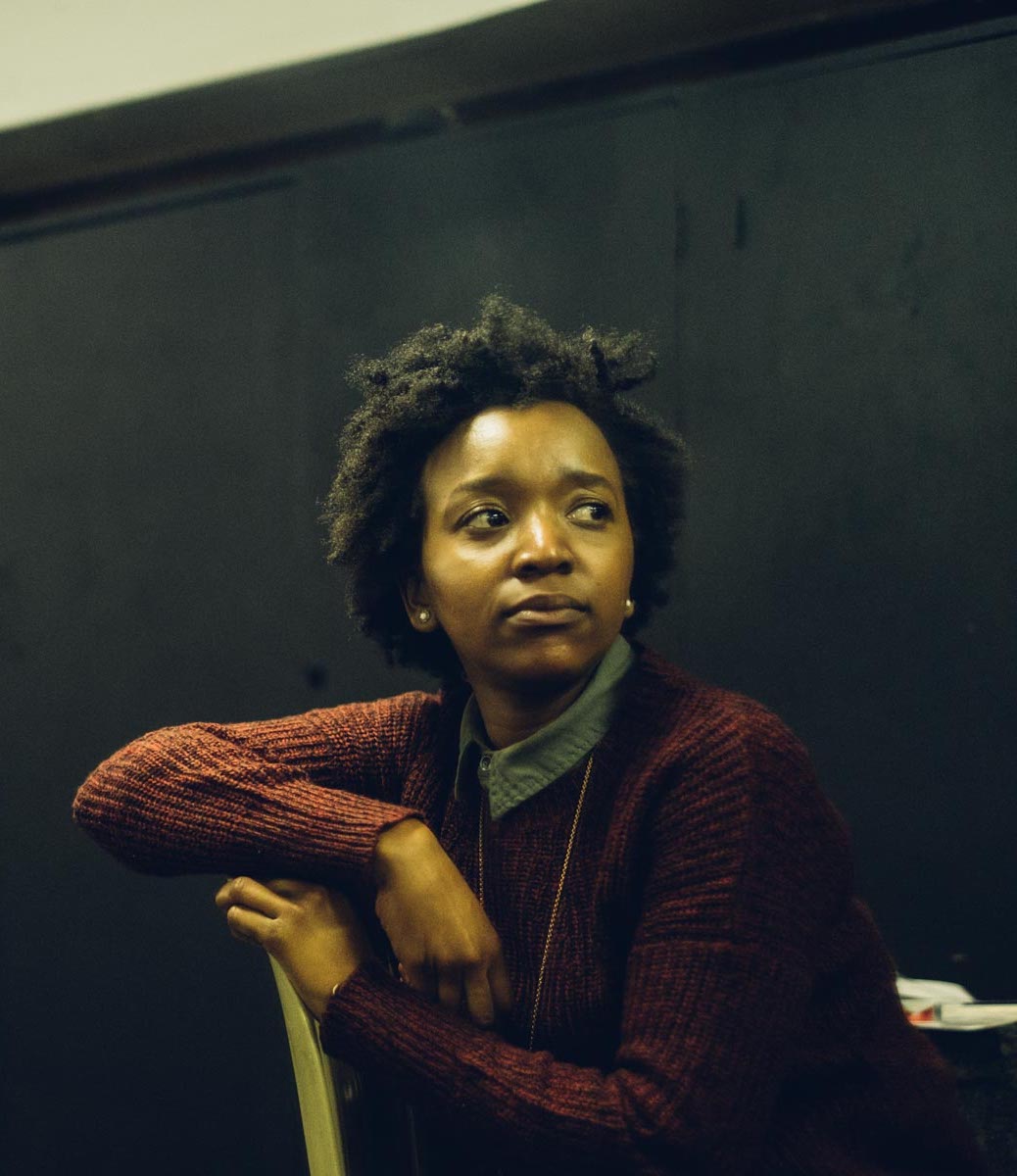 It has just been announced that director and scriptwriter, Nosipho Dumisa, won Cheval Noir Jury Prize for Best Director at the Fantasia International Film Festival in Montreal, Canada, for her debut motion picture, NUMBER 37!

“Nosipho Dumisa demonstrates sensitivity and elegance with her debut feature, a Hitchcockian noir transplanted to the gritty slums of Cape Town. Displaying an assured level of finesse and precision, the direction allows all elements of the film to breathe, and to shine – even at gunpoint,” says Tim Matheson, who presided over the jury at North America’s biggest genre festival.

Originally from Durban but based in Cape Town, Nosipho has directed countless commercials, television pilots, reality TV pilots, lifestyle shows and short films. She is also one of the producers of the hit kykNET soap opera, Suidooster.

“No director makes a movie on his or her own; it’s a concerted team-effort from beginning to end and the journey of NUMBER 37 is no different. My job as director is simply to steward the talents and efforts of all involved. So really, this award is not just for me, but for everyone from the team at Gambit Films, to the actors who gave everything, the incredible crew who trusted me and worked fiercely to see this vision come to life, and those who started the journey with us in the making of the short film. A big thank you also to Jan du Plessis, Kaye Ann Williams and Anneke Villet, who were so generous in their guidance throughout the process of making this film. This award is validation for all of us and I am so incredibly proud of the team!,” says Nosipho about her latest accolade, which was equally well received amongst local audiences.

This production, which had its world premiere at the International SXSW Film Festival in Texas, was selected to represent the country at the 18th annual Neuchâtel International Fantastic Film Festival (NIFFF) in Switzerland from 6 to 14 July 2018 and also featured at the Sydney Film Festival in June 2018. Dark Star Pictures gained exclusive North American distribution rights for the film earlier this year. The North American screening of the full-length feature will kick off in New York and L.A., followed by an early winter video-on-demand release. Reel Suspects has also managed to clinch distribution deals for the film in China, Germany, Austria, Switzerland and Japan.

NUMBER 37 is a thrilling big-screen cinematic experience based on the SAFTA-award-winning short film of the same name, which was co-directed by Nosipho Dumisa and Travis Taute. It is one of those movies that will keep viewers on the edge of their seats until the credits start rolling and tells the story of Randal Hendricks, a recent paraplegic, who is given a gift of binoculars by his devoted girlfriend, Pam (Monique Rockman). But he is in financial debt to Emmie (Danny Ross), a sadistic loan shark, and when he witnesses a powerful criminal, named Lawyer (David Manuel), commit murder while observing his neighbours through his binoculars, he initiates a blackmail scheme in an attempt to settle his debt. With deception and greed around every corner, what follows is a thrilling ride that puts both their lives in mortal danger… as the world around Randal deteriorates further and further into chaos.

Compliments have also been pouring in for the star-studded cast, which includes Sandi Schultz, Deon Lotz, Elton Landrew, Ephraim Gordon and Amrain Ismail-Essop; as well as for the striking rap song, Dala Wat Jy Moet, by Youngsta CPT and leading man Irshaad Ally that was created specifically for the soundtrack.

The film was produced by Bradley Joshua and Benjamin Overmeyer of South African production outfit Gambit Films in association with kykNET Films, M-Net, XYZ Films and the DTI, and was distributed by Filmfinity (Pty) Ltd. locally. The DVD will be available for hire on BoxOffice from 3 September 2018 and will be available for purchase from retail outlets from 7 September 2018.