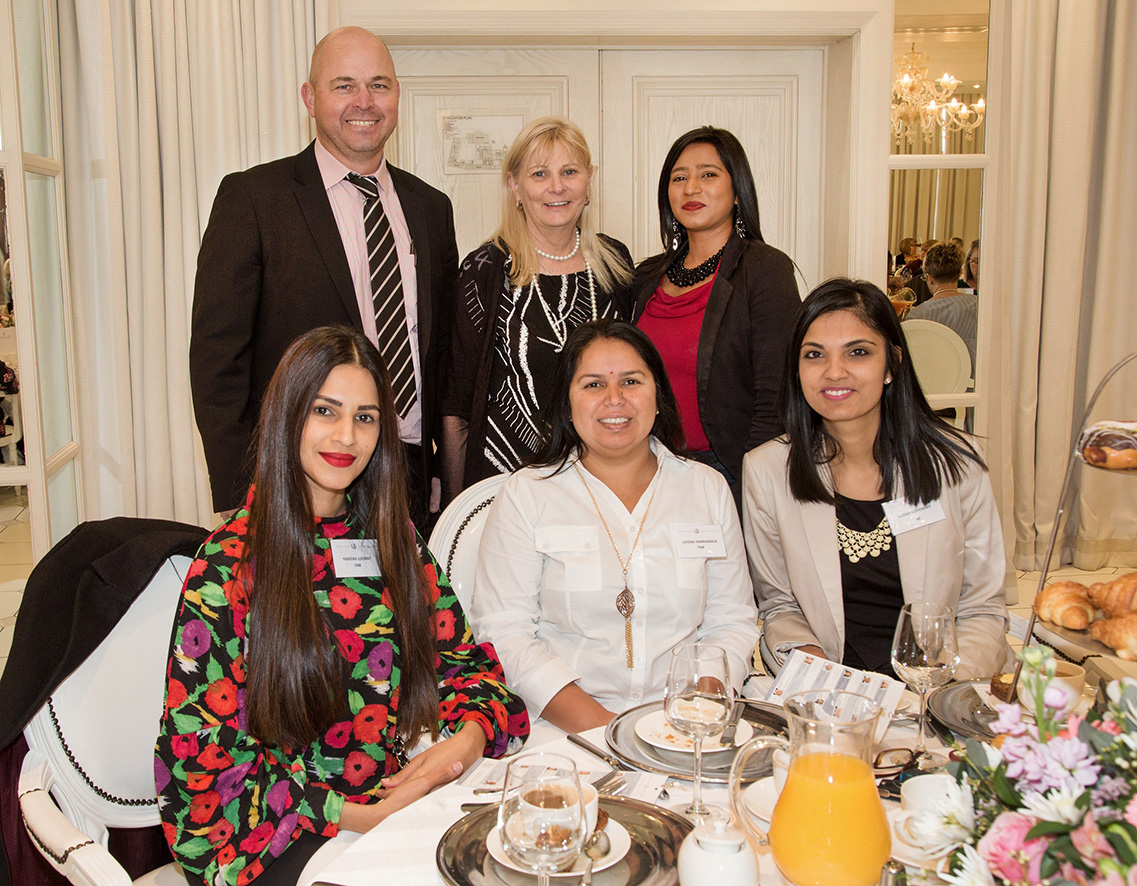 The latter part of this sentiment was echoed by the words of Vanessa Goosen, keynote speaker at the firm’s much anticipated, Womens’ Day breakfast, recently held at Durban’s Oyster Box Hotel. She said: “Never give up, face your challenges head-on, and allow adversity – no matter what it is – to build you, not break you.” This was in conclusion to her incredible life story of resilience and transformation, which she shared with spellbound guests.

In 1994, while carrying some books for a friend through Thailand’s airport, the then 21-year-old Miss South African finalist was discovered with 1,7kg of heroin hidden in their covers, and arrested on drug-trafficking charges. Immune to her pleas of innocence, the Thai courts sentenced her to death. On appeal, her sentence was commuted to life, to be served in a Bangkok prison. Pregnant, isolated and terrified, she began a harrowing 16,5-year term behind bars. Forced to part with her beloved daughter and suffering from severe depression and anxiety, but eventually pardoned, Goosen described her truly disturbing journey, and how she ultimately triumphed by turning hardship into a source of strength.

Each year, G&B celebrates Women’s Day by inviting a role model to share her empowering story with female clientele over a sumptious breakfast. Among the hosts are the equally inspirational and esteemed female leaders of the various expert legal practices at G&B, including Directors; Yvonne Boden, Aletta de Lange, Victoria McDonald, Christine Seger, Sanelisiwe Nyasulu, and Shamla Pather. Celebrating 150 years of business this year, the firm remains ahead of modern-day challenges, offering a full range of specialised legal and related services and, as the only South African member of Multilaw – a global network of independent law firms – is singularly qualified to conduct business on an international basis. Over and above operational supremacy, G&B also runs a dedicated pro bono department – offering free legal services to various charitable institutions; a student holiday programme – which helps legal students put theory into practice through training contracts; as well as other social responsibility initiatives.

It is no small wonder then, that guests at the annual function depart feeling motivated by their peers to achieve their goals. The concept of women helping women benefits both parties, while demonstrating just how powerful a force females can be.