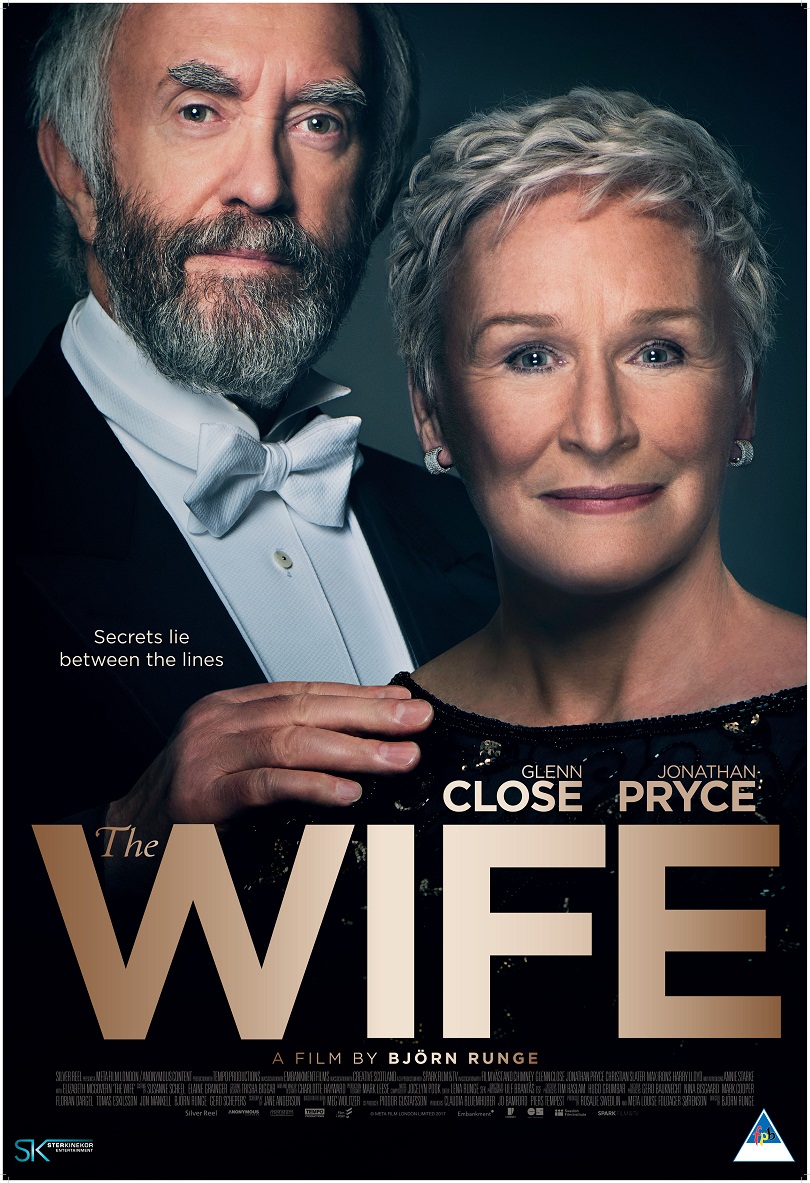 As the saying goes, behind every great man, there’s usually a greater woman. And in director Björn Runge’s first English-language feature film, THE WIFE, you get to meet her.

The electrifying drama – an adaptation by Jane Anderson of Meg Wolitzer’s 2003 book of the same name – explores how female sacrifice is often the price for male success and stars the six-time Oscar nominee Glenn Close as Joan Castleman, the wife and supporter of husband Joe (Jonathan Pryce), a charismatic and successful writer.

Berlin Silver Bear winner Runge explains how he got involved in the project: “I read the script and recognised the great dialogue, strong characters and an interesting wholeness. In addition, I saw it as an excellent opportunity for Glenn Close to do great work and to truly showcase her talents. To be a part of all of this made it a very easy decision for me.”

THE WIFE opens as the couple first receives the news that Joe has won the Nobel Prize for Literature. As her husband prepares to accept the prize, Joan – the perfect alpha wife – begins to realise what she has lost while fanning the flames of her husband’s literary career.

Through flashbacks, the film illustrates the ambition that Joan had as a college student – with younger Joan played by Close’s real-life daughter, Annie Starke – and how her own writing career, once seen as very promising, ended so she could support her husband and raise a family.

But as the pair head to Sweden to accept the prize, tensions begin to boil and the woman who has spent years in her husband’s shadow is ready to step into the light. Complicating an already tense situation further is an aggressive biographer, who has followed them all the way to Stockholm, and who is intent on chronicling Joe’s life.

Close is excellent as the charming, enigmatically discreet and supportive wife of a world-famous author. She is unnervingly subtle, unreadably calm, and simmering with self-control – a perfect study in marital pain, deceit and the politics of prestige.

She is supported on screen by Jonathan Pryce, who perfectly portrays the crabby and conceited old writer who is addicted to praise. Christian Slater is the insidious Nathaniel Bone – part stalker-fan, part hack – who thinks he has figured out the secret of Joe’s success and that of their troubled marriage, while Max Irons plays the couple’s moody son David, who also wants to be writer, and who is desperately seeking his father’s approval.

“In my view, the film features career best performances by both Glenn Close and Jonathan Pryce. As a director, it’s been a true privilege to work with these gifted actors to make the script come alive in the absolute best way,” says Runge.

Excellent filming, a clever script, uncluttered editing, and an Oscar nomination-worthy performance by Close gives this film a clear voice for the demographic it addresses. In particular, it will pack a punch for women who feel that they have been overlooked by their male counterparts, or indeed those who have sacrificed their career or ambition to look after others.

“It was probably one of the trickiest roles I’ve ever confronted,” says Close about the part, which required her to convey a complex protagonist’s narrative from the shadows. “I think it’s a situation that every woman can relate to, whether they’re of younger generations or not. I’m very proud of the film because I think it speaks to the subtleties of the male-female relationship, and women who have defined themselves through men to their detriment,” she adds.

THE WIFE is a rare female-driven film that seems to genuinely understand the psychology of the fairer sex. While, on one hand, it brims with simmering tension, it is also a poignant, funny and emotional journey; a celebration of womanhood, self-discovery and liberation.

THE WIFE is distributed by Filmfinity (Pty) Ltd. and will be released nationwide on 24 August 2018.