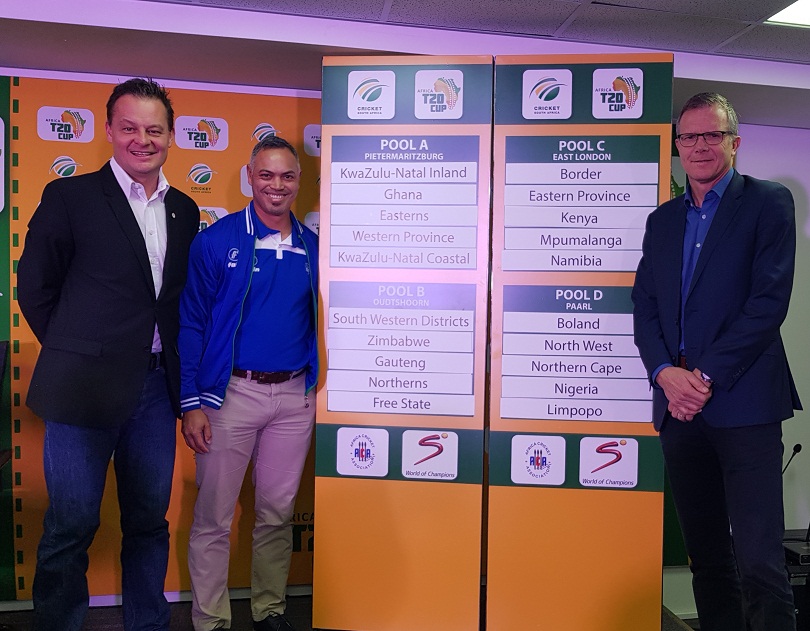 The competition will take place over two jam-packed weekends of cricket from 14-16 and 23-24 September.

The 20 participating teams are the 12 CSA Affiliates, three Associate Members and the five guest African countries. They have been drawn into four pools of five, with the winners of each group advancing through to the semi-finals.

In a change from last year’s format, the T20 showpiece will take place over two weekends compared to the previous four, with defending champions KwaZulu-Natal Inland (Pietermaritzburg) along with Border (East London), South Western Districts (Oudtshoorn) and Boland (Paarl) hosting their respective groups during the weekend of 14-16 September.

The hosts of the semi-finals and final weekend will be dependent on which host teams advance through their group phase as well as their hosting capabilities during the competition. This is set to take place on the 23rd and 24th of September.

“The objectives that were set at the start have been met, over and over. What also makes this year very exciting about this fourth edition is that we are expanding the Africa T20 Cup. Not just for our local teams but also for the teams in Africa.

“We wanted to expand the competition to 20 teams, so this gave us a chance to increase the opportunities for the African countries as well as give two more South African provinces in Mpumalanga and Limpopo an opportunity.

“So, with the expansion to 20 teams, it afforded us to have both objectives reached.” Van Zyl added.

With the addition of Ghana and Nigeria to the existing African countries, the competition will include five African nations, with Kenya, Namibia and full International Cricket Council (ICC) member, Zimbabwe, taking part once again.

“We as ICC Africa are delighted that the members are being given the opportunity to participate in this fourth edition of the Africa T20 and this time with more slots,” said Justine Ligyalingi, the ICC Africa Development Officer.

“This event provides big opportunities for our members to be exposed to playing cricket at the higher level.  We do not have many of these opportunities and through such engagements, our members are going to try and work hard to grow the game within their countries.

“So, giving us the opportunity and more slots is certainly something that we welcome from Cricket South Africa and we are very grateful,” he concluded.

Tournament fixtures and times will be confirmed in due course.