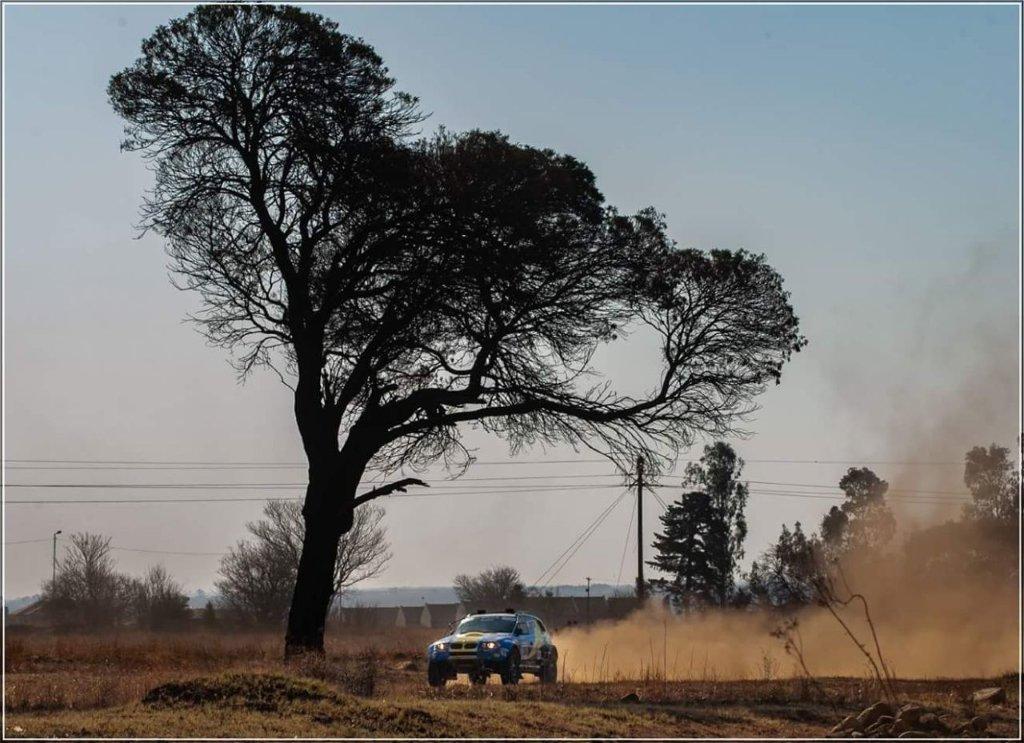 Brian Joss – Richard Leeke and Danie Stassen in the Speedglas Welding Helmets BMW put in a sterling effort in the Atlas Copco 400, fifth round of the South African Cross Country Series, which ended in Bronkhorstspruit on Saturday August 4.

Their seventh place in class T was not a fair reflection of their pace though, but the crew has taken heart from their race time on the first loop, which shows they were right up with the very best in terms of outright speed. Unfortunately, an airlock in the cooling system – an intermittent problem which has cost them time in previous events – forced them to leave the service point late.

This meant they were delayed by the best part of half-an-hour (which incurred a time penalty equal to how much later than scheduled they restarted), which lead to a further “issue” later on.

The event started with the usual Friday afternoon prologue and it wasn’t long (7 kilometres to be exact) before a problem with a front driveshaft manifested itself, eventually causing damage to the differential. That left them with over 30 kilometres as a fragile three-wheel-drive – and in reality, a rear-drive – vehicle and cost them the best part of 14 minutes.

Despite starting well down the order and being forced to overtake numerous vehicles, the pair pulled out all the stops to record a time of 2 hrs 5 minutes and 47 seconds for the first 170 km loop, a time which meant they were the fastest class T car out there, and sixth quickest overall! That was until the penalty incurred (26 minutes and 35 seconds) as a result of the airlock was taken into account.

Nevertheless, the team was justified in feeling bullish as the repeat loop got away and while their likelihood of a good overall and class result had gone out the window, it was an opportunity to shine. But alas, the combination of dust and slower competitors ultimately spoilt their afternoon and the spent two-thirds of the stage distance sitting in Terence Marsh’s dust.

“It really is a shame when fellow competitors don’t let another car by, even when it is obviously faster,” lamented Richard Leeke Senior, who manages the Speedglas team. “On the first loop, Richard and Danie were six minutes to the good on Marsh and celebrity navigator Joey Evans – despite them running in the FIA class.”

Richard Jnr echoed these sentiments: “It was extremely frustrating and made things extremely dangerous. At one stage we were within a few seconds of them but the closer we got the less we could see. It was crazy and eventually, we were forced to back off and wait it out!”

But all in all, the team was pleased with the weekend: they proved once again that they don’t want for pace. They just need a more reliability and some more luck.

Leeke and Stassen will be in action again in two months when they line up for the start of the Harrismith 400.

CAPTION: Richard Leeke and Danie Stassen; result was a fair reflection of their efforts. Picture: Motorpress