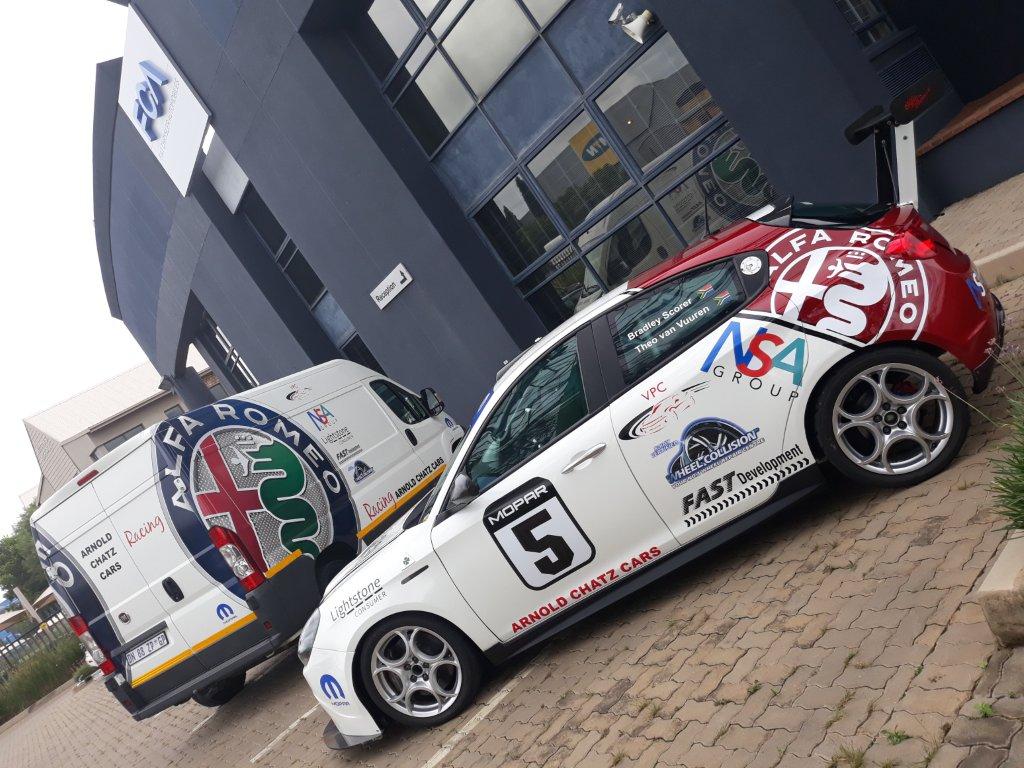 Brian Joss – The Alfa Romeo Giulietta of Theo van Vuuren and Bradley Scorer heads into the penultimate round of the Mopar South African Endurance Series in good shape to continue its impressive performance.

The Arnold Chatz Cars Racing Giulietta has surprised many with its giant-killing performance throughout the year, the Alfa Romeo regularly raising the tin-top trophy and winning the Index of Performance against supercars and bespoke endurance machinery.

From August 10 to 11, the Alfa Romeo crew will be at the Aldo Scribante track in Port Elizabeth for the Mandela Bay 500. With a dominating lead in Class B, they are eager to cement their position towards a championship win this year. Round 4 of the five-race series will be a hotly contested race over four hours and the team are hopeful for another display of reliability and a podium result.

Adding to their chances will be significant changes to the suspension, including wider wheels and consequent wheel arch extensions. “With the new geometry and wheel and tyre combination, we are confident we can run the four hours without changing wheels, which will give us a big advantage in the pits,” said Van Vuuren.

Defending a straight flush of results on the top step of the podium, Van Vuuren and Scorer will be aiming for another class victory. The Alfa Romeo Giulietta is also leading the charge on Index of Performance, having won the first two rounds. After a third-place result at Zwartkops in June, the team are hopeful for another win to extend their narrow four-point lead over Dayne and Marcel Angel and the pairing of Nick Adcock and Michael Jensen close behind.

“The Index of Performance result is a level playing field across the grid, rewarding consistency and reliability which is key to endurance racing,”

said Van Vuuren. “One might argue this is a more important result than overall, but we are confident the Alfa Romeo Giulietta will once again prove impressive on both fronts.”

Round 4 of the Mopar South African Endurance Championship will be run at Aldo Scribante in Port Elizabeth on August 11.

CAPTION: Gearing up: The Alfa Romeo Giulietta that Theo van Vuuren and Bradley Scorer will be driving. Picture: Quickpic