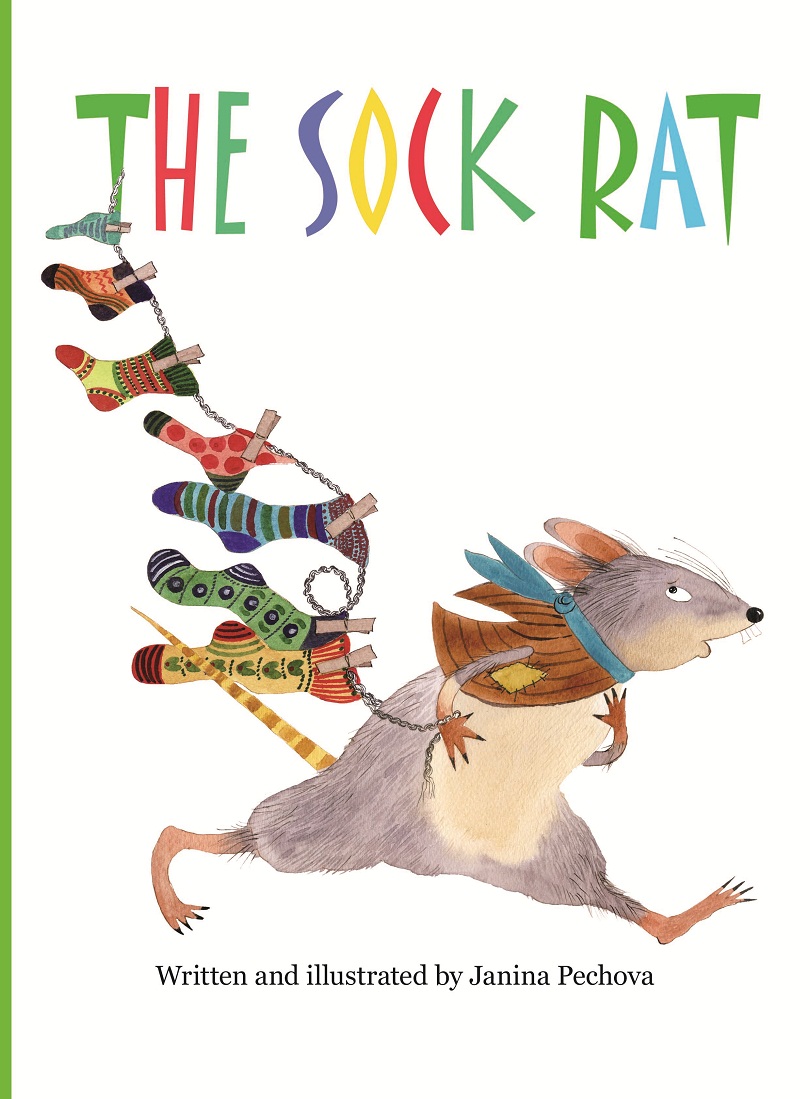 If you’ve ever wondered why one sock is always missing from a pair you can blame it on Rafael the sock rat. Rafael was a smart rat and dreamed of being a famous artist. One day he saw the most beautiful socks and because he saw two of each he decided to take one, sure that no-one would notice. Soon every house in Ratsville was full of Rafael’s sock art inside and out.

Rafael had to go further and further to find more socks and one day a washing line collapsed and he fell into a bucket of water. His friends told him that it wasn’t an accident but a trap to stop him stealing the socks and after they rescued him warned him to be careful. A few days later he was trapped in a net.  Socks became scarce but Rafael used those he had hidden in his house to create more art and posted his work on Facebook and sent pictures to all the newspapers. So if you’re missing a sock the sock rat most likely used it for his grand masterpiece and you may find it on the magical sock tree. A great bedtime story or your offspring can read it themselves and find out what happened to that missing sock. The illustrations are also by Pechova.

Visit: http://www.bumblebooksonline.com to find out more and about the children’s book club.