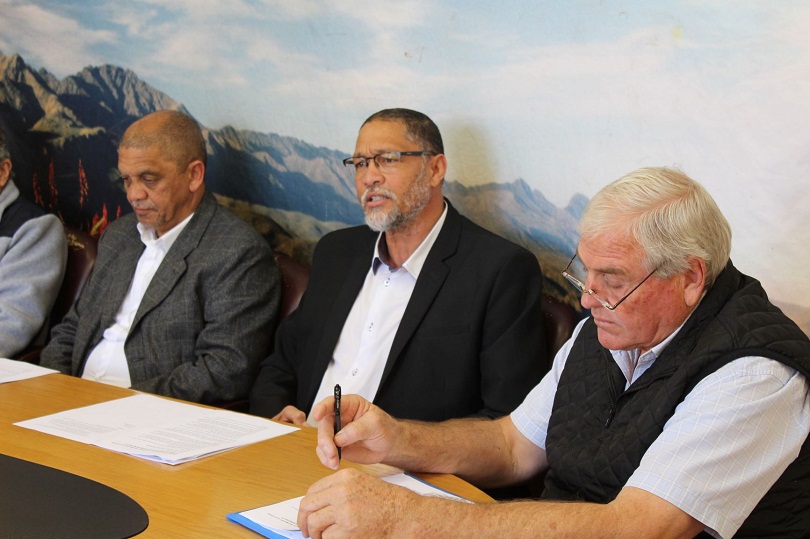 Oudtshoorn, 08 August 2018 – During a special council meeting today, the council of the Greater Oudtshoorn discussed a threatening water shortage crisis facing the town and declared a local state of disaster due to critical water shortages.

The water content of the Raubenheimer dam is currently very low, at 30.7%, and the water flow out of the dam is more than the water flow into the dam. If water consumption increases, coupled with the increase in weather temperature, the water level will decrease faster. At this moment, the Raubenheimer dam only has enough water for the next 160 days before reaching the surface water in the dam which is unusable.

“We urge all residents to use water extremely sparingly and immediately report any leakages and pipe breakages. It is important that we all begin to realize that each drop counts and a waste can cause the water shortage crisis to deteriorate into a total disaster,” said Executive Mayor, Colan Sylvester during a media conference today.

Information obtained from the South African Weather Bureau warns that the eastern part of the Western Cape and especially Oudtshoorn, can expect above average temperatures and below average rainfall for the next 6 months.

“The Oudtshoorn Municipal Council is viewing this water crisis as very seriously and we commit ourselves to use all available resources to ensure that the Greater Oudtshoorn gets more water and that our citizens are well educated to look after this valuable resource,” Sylvester added.