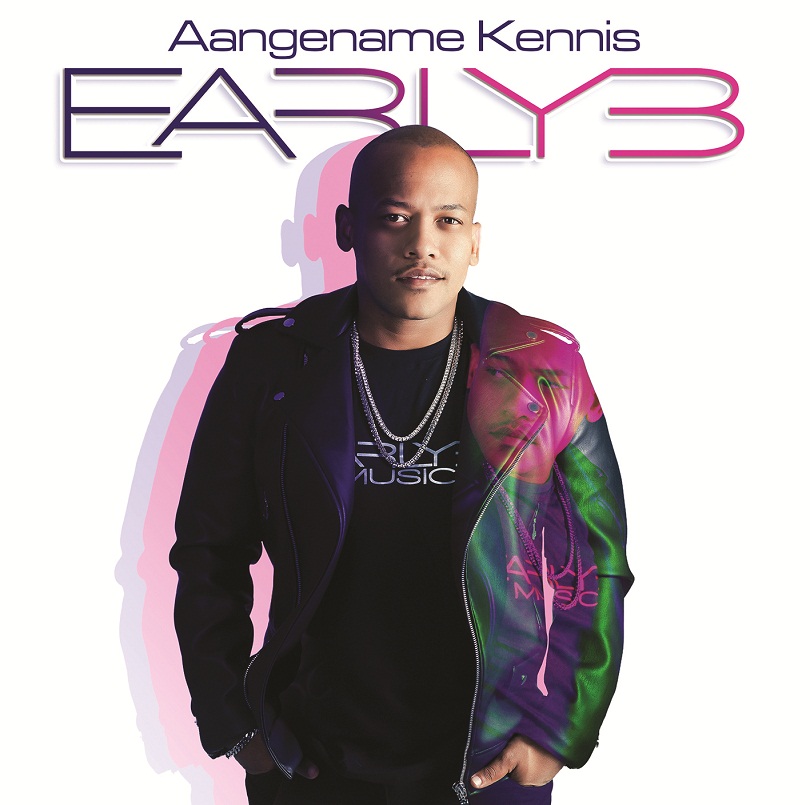 Acclaimed rapper, Early B, is not only versatile in his approach, but also has the ability to touch the hearts of music lovers with his witty sense of humour and heartfelt social commentary.

His debut album, AANGENAME KENNIS, officially released today and already moved up to the Nr.2 position on the SA iTunes charts!

Telling stories in Afrikaans by using his unique PE slang and rhythm, is Early B’s main goal for his first album that boasts eighteen original tracks, written by the artist himself. “The album has something for everyone. The content will make listeners laugh, but will also make them feel motivated and inspired. I chose tracks that combine rap with various other music styles, carry a strong message, encourage people to have some fun and tell stories,” the musician reveals.

BEN TEN is the second single off the artist’s debut album and is a catchy song that showcases his fun side with an interesting funk-rap sound. The hit was very well received and has been played on various radio stations.

“BEN TEN is a term used in PE to describe a man who enjoys dating older women. I wrote the song myself and wanted to create something that would make fans smile and sing along,” Early B says. “It is about a guy who visits one of his girlfriends, who is now suddenly not living with her mother anymore. As time progresses, he realises that the older lady is making a pass at him. What happens next, is revealed in the song and will definitely make you laugh.”

The music video for this hit song, also released today will not only make listeners and viewers laugh, but will invite them to dance along to the funky beat!

Gerhard van Rooyen (GVR) was the director of this cheeky offering, which was filmed in the less popular areas of Pretville. “In the video Early B tells his friends about a humorous incident with one of his girlfriend’s mother,” explains Gerhard. “He wanted to visit her and is welcomed by her mother, who offers to get him some juice. When he realises that something is not right, he sends her a message to find out where she is. She then replies to let him know that she no longer lives there and is studying in Johannesburg… when the mother return it is revealed that she has the hots for him and things get very uncomfortable.”

They have also choreographed some very easy and catchy dance moves for the song and hope that fans will take the time to learn and show it off at their local club or next party.

Early B, aka Earl Swartz, is a versatile rapper with the ability to touch the hearts of music lovers with his witty sense of humour and heartfelt social commentary.

The artist (29) has become a regular performer at some of the country’s biggest festivals and concerts, over the past nine years, including the KKNK. He has also worked with big names in the industry, like Grammy award-winning music producer, Darryl Torr, and local talent such as Emo Adams, HemelBesem and Pierre Rossouw. He is best-known for his hit, Cerebellum, for which he received a Ghoema Music Award for Best Hip Hop Song in 2017. The song also peaked at number 1 on the Hip Hop charts of various big radio stations.

True to the arts, Early B is also an actor and has a Film and Television Production diploma, a skill which came in handy when he started producing and marketing his own music videos – some of which has reached more than 400 000 views and downloads on YouTube. The artist has also starred in the locally produced series, Hotel Songololo and recently had a small role in the new SABC 2 production, Kniediep in Kookwater.

His first solo album, Aangename Kennis, is scheduled to be released soon and will be available online as well as from selected music stores.