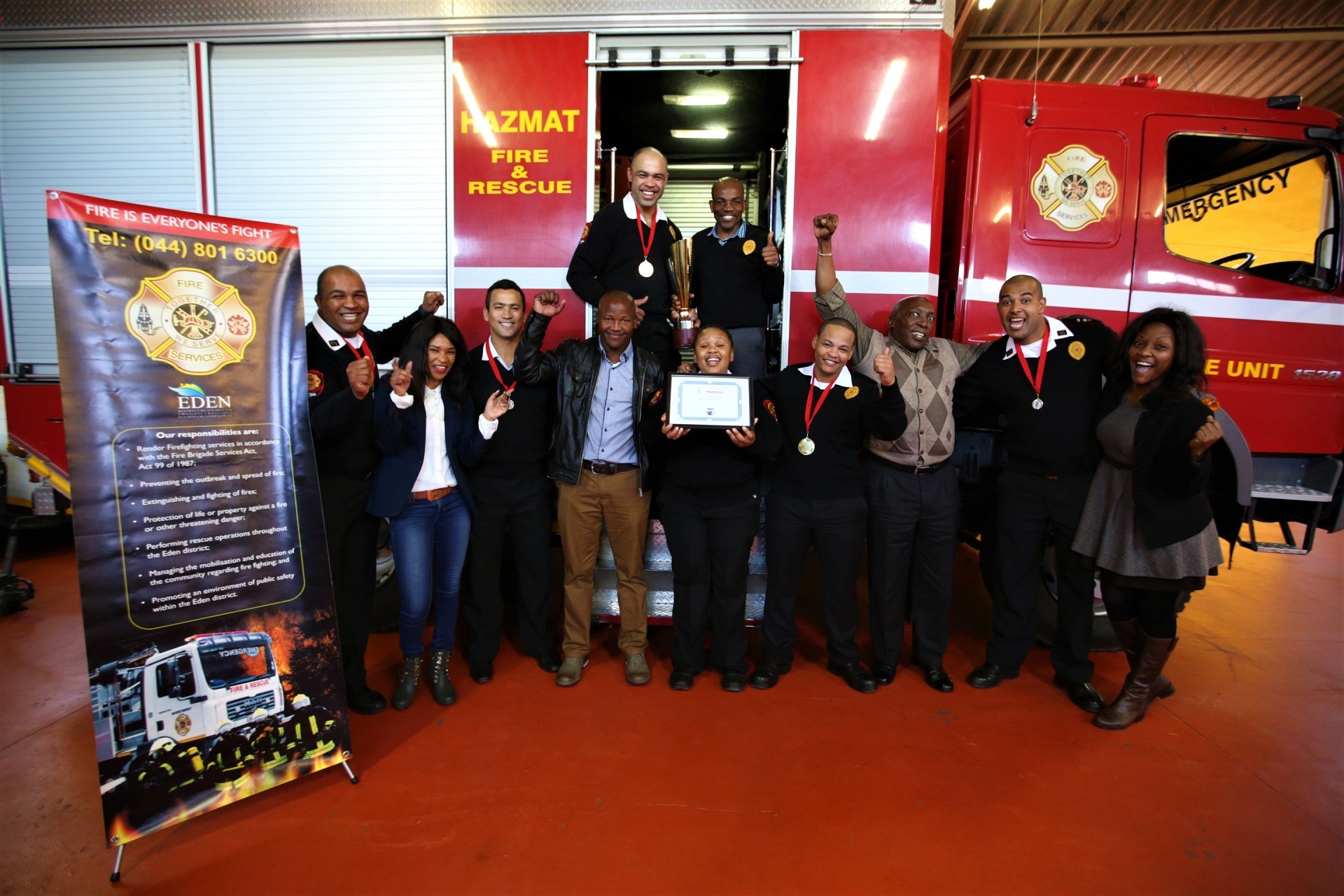 It is with great pleasure to announce that the Eden District Municipality firefighters once again proved to be the toughest competitors of the “South African Toughest Firefighter Alive” competition, when they brought back the trophies to the Eden district the past weekend.

The competition took place at the Roeland Street Fire Station in Cape Town from 10 to 12 August 2018.

The accolades include Senior Firefighter Emile Conrad as, once again, the “SA Toughest Firefighter Alive,” being the overall winner of the “Men’s Individual” category. Mr Conrad has won the title ever since he attempted his first TFA competition in 2011.  Furthermore, three firefighters of the Eden DM team, namely Messrs Deon Stoffels, Edwin Lottering, Branville Abrahams and Martino-Mariano Jacobs, participated in the individual challenges and all these participants performed superbly.

In the “Relay Team” challenge the Eden DM team competed against various municipalities and were able to walk away in 2nd position after Ethekwini Municipality snatched the first place.

Mr Conrad extended a word a gratitude to all who supported the team until the end of the competition and added these special words: “I thank our Lord Jesus Christ for His amazing grace, love and overwhelming faithfulness and favour”.  Mr Conrad furthermore thanked the organisers for making the event possible and added that the impact that this event has on the Fire Services, is immeasurable.

Ms Khutula Maki, the Eden DM Team Leader and Senior Firefighter, commended the team for their performance and emphasised: “Our Team was confident and enthusiastic from the beginning until the end of the competition and did not show any signs of fear or panic”.  Ms Maki concluded: “It was an honour to be part of a winning team”.

Following the events of the past weekend, on Tuesday, 14 August 2018, the Eden DM Executive Mayor, Cllr Memory Booysen, paid a special visit to the team at the Eden DM Fire Station in George to congratulate them personally and praised them for their perseverance throughout the years of their involvement in the competition. “On behalf of Council, management and staff of Eden DM, we wish you well and look forward to many more great achievements from you as a well-renowned and respected Eden DM Firefighting Team,” Mayor Booysen concluded.