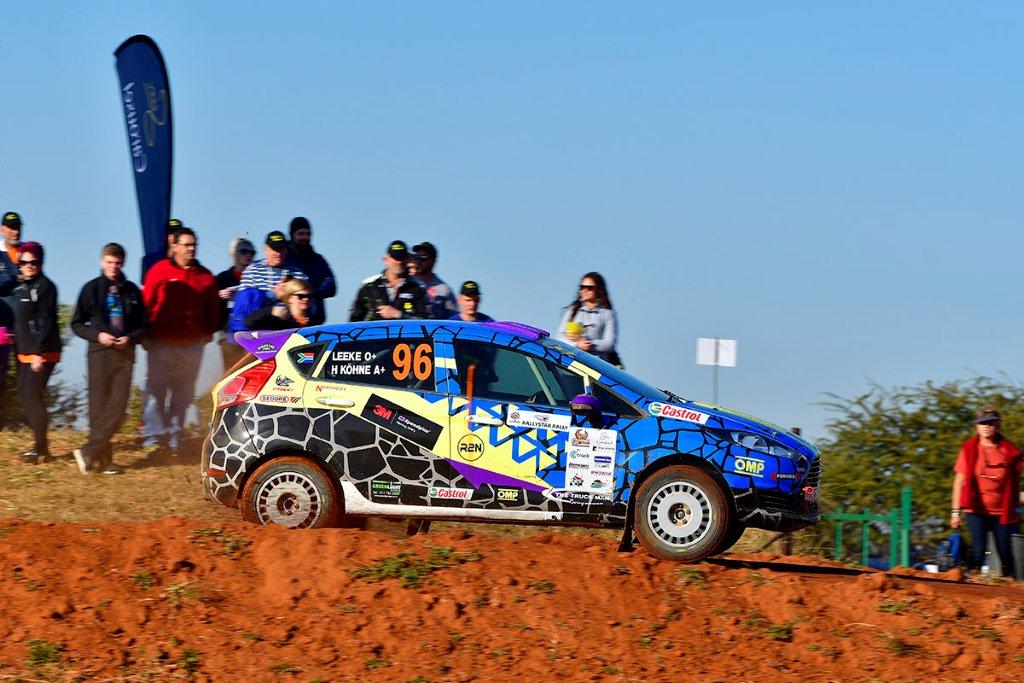 Brian Joss – The Young Guns team up again this weekend, with a single objective in mind: to win the HMC Electrothread Rally and close the gap to the championship leader.

The fifth round of the South African National Rally Championship gets underway from the Cow House Market in Hazeldean Valley (east of Pretoria) on Friday afternoon, and one thing is guaranteed: Dust. That’ll make things even more challenging as the crews negotiate the fast roads that are likely to make up the event. Road position on Saturday will be doubly-important and anyone who isn’t first in the running order will be hoping for windy conditions that are commonplace in August.

The Young Guns – Richard Leeke and Henry Köhne – are the first to admit that they start out on the back foot. They take their Speedglas Welding Helmets Fiesta to Bronkhorstspruit lying third in the championship and while their outright pace this season hasn’t been a problem, progress has been inconsistent.

“We’ve had a niggly season so far and started brilliantly with a win in KZN,” Leeke points out. “Then we hit a lean patch with just six points from two events before bouncing back with a podium on the Algoa Rally.”

Reigning champions Guy Botterill and Simon Vacy-Lyle have therefore had an opportunity to take charge of the R2N class with three wins on the trot, though in some ways the danger-men are AC Potgieter and Nico Swartz who have claimed podium places in all four rounds this year. With 31 points the Young Guns are 14 points adrift of Potgieter/Swartz and 17 behind Botterrill/Vacy-Lyle. A win is worth 16 points, which means the finishing order of this trio can still cause big shifts…

“We’ve won plenty of stages this year and that fact has kept us motivated even through the tough times,” says Leeke. “But the time has come where we have to convert pace into points, so this rally is a critical one for us.”

Much of the running will be near the Willem Pretorius Agricultural Museum – which is the designated rally headquarters and where the event overnights and restarts from at 8am on Saturday. . It comprises 11 stages totalling just under 150 kilometres with the first car expected at the finish at approximately 4.30 on Saturday afternoon.

CAPTION:   Richard Leeke and Henry Köhne; starting on the back foot.  Picture: Motorpress