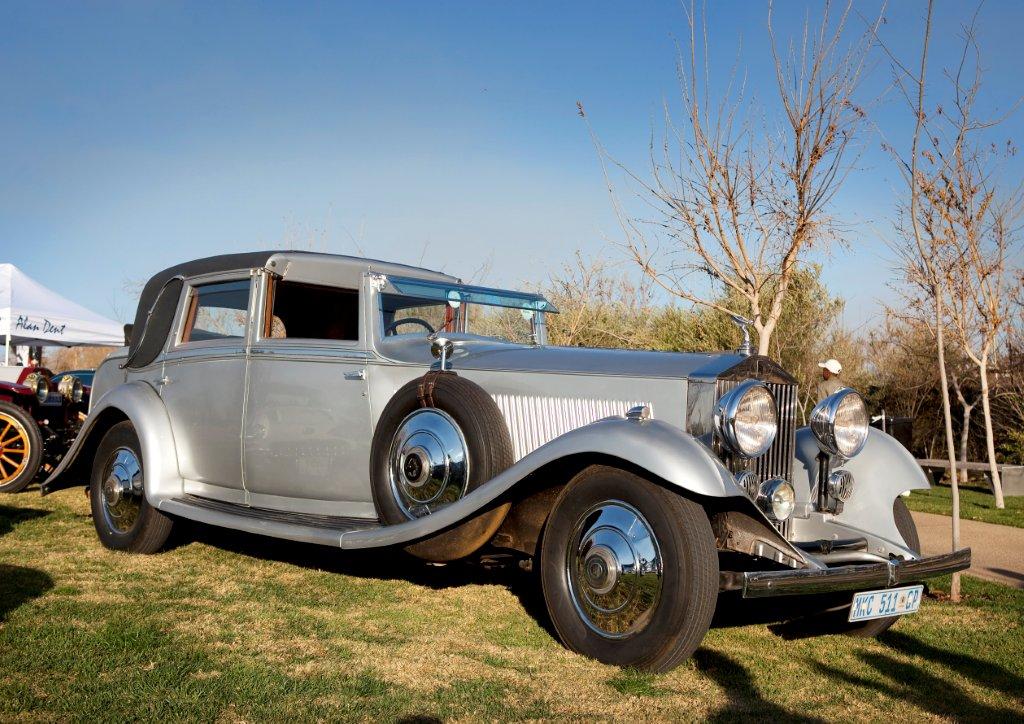 Brian Joss – With cars ranging from a 1902 Curved Dash Oldsmobile, through humble Volkswagen Beetles and Ford Escorts, to the latest Ferrari supercars, Concours South Africa was an unforgettable experience at Steyn City this past weekend.

“A feature of the event was the gratifying diversity of entries which embraced Concours South Africa 2018,” said organiser and co-founder Paul Kennard.

“What made it so special was also the venue, which enabled visitors and exhibitors alike to mingle amongst the cars on the banks of the Steyn City Creek. Simply drinking in these monuments to motoring excellence through the past century was an experience to savour.

“And adding the final touch to an unsurpassed motoring experience was the standard of entries, which has risen exponentially since we launched Concours South Africa, a brand new concept in the classic car arena in this country, a mere two years ago.”

The judges had an exacting job in picking a winner in 2018, and in the final analysis, a few hundredths of percentage points separated the top three cars in this year’s glamour motoring event.

In the end, the winning car was a hugely popular choice, and so was its owner. Ferrari enthusiast Zia Wort saw her pristine, low-mileage rosso corsa

1989 Ferrari 328 GTS announced as the overall winner of Concours South Africa 2018. The diminutive Ferrari has only 13 000 km on the clock, and it was presented in absolutely factory-fresh form at Steyn City, to widespread applause from the gathering of discerning classic enthusiasts.

A very popular category winner amongst the public was the 1934 Rolls-Royce Phantom II, owned by Johannesburg neuro-surgeon Dr Frank Snyckers, a huge aristocratic machine that has been all around the world before taking up permanent residence in South Africa some years ago.

with modern Chevy Corvette mechanicals and a pristine 1959 Chevrolet Corvette presented in original trim specification and restored by Wynand Strydom for an anonymous owner.

Ferraris and Porsches were well-represented at Concours South Africa 2018, reflecting wellspring of the enthusiasm these thoroughbreds engender at the top end of the South African classic car fraternity. A notable early Porsche winner was the blue Porsche 356A, owned by Kirsten Venter, who actually drove her car for the first time en-route to the lawns at Steyn City!

The range of cars entered for this year’s event extended to many examples from the 1960s and 1970s, but also ran through to the 1980s and 1990s. A notable category winner was Marek Letowt with his 1991 Glacier Blue BMW M5.

Marek also entered another BMW M5, and there were two striking E36 BMW M3s entered, parked alongside each other at The Creek.

Interesting category winners included a very authentic 1963 Chevrolet Impala convertible in pale metallic green and another metallic green car, a 1960 Volkswagen Beetle – very unusual with some 1958 detailing that was a cross -over production feature of this particular Uitenhage-built VW.

Extremely easy on the eye was a pair of perfectly-rendered Alfa Romeo classics from the golden age of performance cars in South Africa: a 1965 Giulia Sprint GT 1600 and a 1975 Alfa Romeo Berlina. For enthusiasts of Group N racing in the 1990s, it would have been gratifying to see an immaculate road-going Opel Kadett GSi 16V S (Superboss) take second place in its period category!

Carolyn Steyn, one of the custodians of the Steyn City complex was adjudged the best-dressed woman at the event.

“Concours South Africa is about passion, about discreet glamour in the finest sense, and about having a good time, above all,” said MC and Concours partner Greg Marucchi. “We believe we achieved all those objectives with this year’s event, and with a fair amount of equity too!”

The Concours South Africa 2018 weekend started with a charity auction in aid of the Quad Para Association of South Africa (QASA), where a substantial amount of money was raised for this association. At the same function legendary Formula One designer Rory Byrne was inducted into the South African Hall of Fame.

On Saturday evening, The Concours South Africa Classic Car Auction was conducted by Coys of Kensington . This was the first time that international bidding was received for a South African classic car auction. The high bids received for many of the cars were impressive. Top bid for a 1992 Porsche

964 N/GT factory-built racer for the road was R3.9-million, while a bid of R2.,5-million was received for a 1968 Shelby Mustang GT 500 in absolutely original condition.