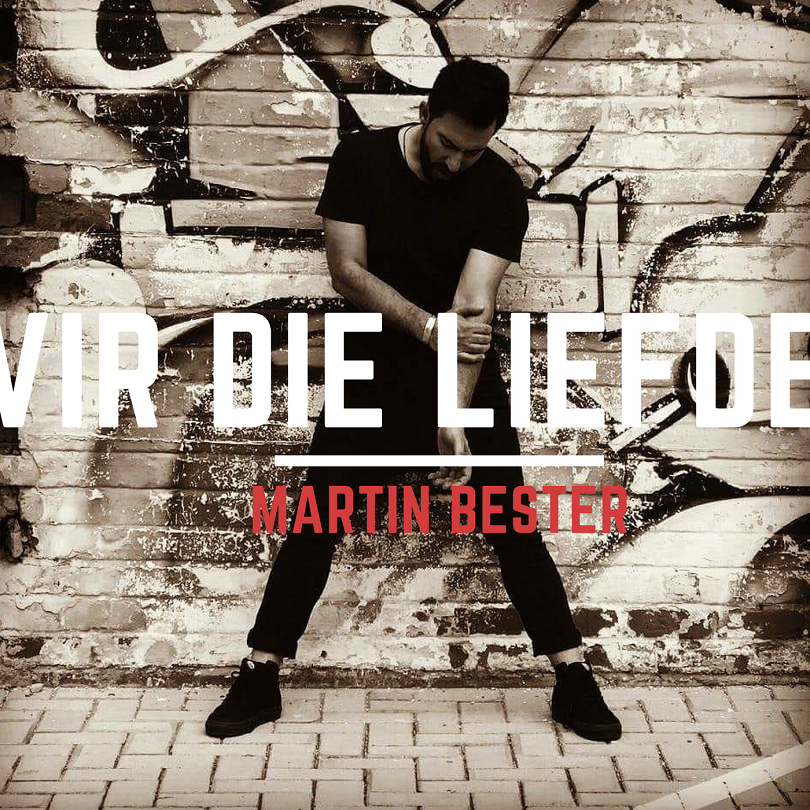 Just when you thought that Martin Bester couldn’t impress you more, this acclaimed radio presenter and entertainer manages to come up with something fresh and new to surprise his fans with.

His brand new single, VIR DIE LIEFDE, is not only the perfect example of his talent and creativity but also promises to become a favourite on playlists and radio charts across the country.

This upbeat pop song, written by Martin, Dolf Willemse and Ewald Janse Van Rensburg, has a powerful and inspiring message that will resonate with audiences of all ages. “The song is very personal. Over the past few years, I have come to realise that there comes a time when you have to draw a line in the sand. Everyone is not going to like you and that is okay, because you shouldn’t be what others want you to be. Love will always prevail, especially if you are honest,” he shares about the message behind the song. “A lot of people will be able to relate to the song, because there is a lot of pressure on us to please others. But you should not allow that. Live life to the fullest and don’t be afraid to feel, even if it hurts. There is a place for everyone on this earth and you must just find yours.”

VIR DIE LIEFDE follows the release of his previous catchy single, Ek Het Geweet, a pop song with a punk rock vibe, which was very well received by the public and still regularly features on the radio. The music video, which was filmed in Pretoria, has also already been viewed by thousands of people on YouTube. Aside from his previous release, he is also known for hits like Wat weet ek tog, Ou Spoor and Sterre. “I want listeners to connect with my songs and apply them to their own lives. I love it when my music ‘speaks’ to people on the dance floor, while on road trip in the car or when home alone,” he says.

Martin is one of the most popular radio presenters in the country. The artist has presented numerous television shows, including Wie’s my Liefie on VIA. As an actor, he has made appearances in movies such as Pretville, Vrou soek Boer and Sonskyn Beperk. Martin is also the lead singer of the SAMA nominated band Kinky Robot, whose first single, Hobie Beach, was recently included in an English text book for grade elevens. His first solo album, Vir Die Eerste Keer, was also an instant success and delivered many chart topping hits.

His job takes him to popular stages, festivals and functions locally and abroad, and he is currently busy travelling with his Vir Die Liefde Tour. “Entrance is free, but we do request audiences to bring along a blanket or something for the less fortunate. More information about this initiative is available on my social media platforms,” he explains.

Martin Bester’s main goal is to touch people’s hearts with his music. VIR DIE LIEFDE will not only exceed this goal, but will also strengthen his place in the South African music industry. This single will not only inspire audiences to be themselves, but will also remain in their hearts and ears long after hearing it for the first time.