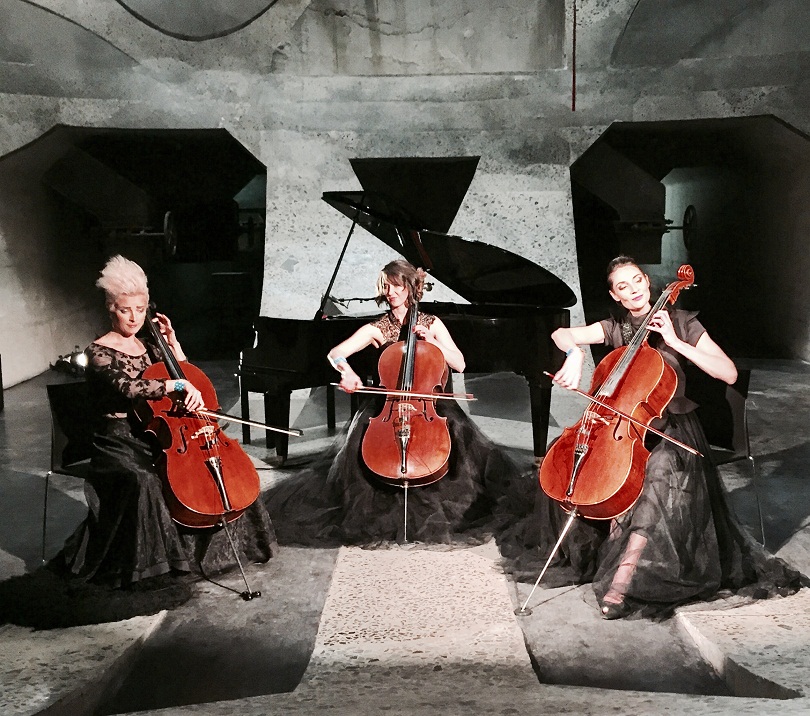 Rosanthorn have set out a compositional and technical journey to explore all that the Cello has to offer across multiple genres and timbres, with the help of South Africa’s top composers and producers. Their repertoire includes recordings and re-interpretations of works as varied as Vivaldi’s Double Concerto in G Minor, Leonard Cohen’s Hallelujah, and Imogen Heap’s Hide and Seek. Anjulie Nock has composed new works such as Night Journey (with a stirring Game of Thrones feel) and an original Tango (think Scent of a Woman for Cello). The Parting, by Helmut Meijer, is  a reflective, stripped-down, soulful composition which inspired their first music video. Says Producer and Composer Helmut Meijer, ‘The sound of the 3 cello’s together is exquisite. This project is musically satisfying and a pleasure to record – I predict that Rosanthorn is going to be the talk of the town’.

This all-female electric cello trio has been hard at work with new recordings including hauntingly beautiful cello arrangements of African Medley (based on Weeping, by Dan Heymann & Mannenberg, Abdullah Ibrahim), Dancing on My Own by Callum Scott, and Secrets by One Republic.

Rosanthorn has made their mark in a very short space of time by appearing regularly at the the Silo District’s new Zeitz Museum of Contemporary Art Africa and being commissioned to perform at their launch events. Their acoustic cello set in this magnificent space was a triumph and has positioned Rosanthorn as a sought-after new act in SA.

‘Rosanthorn blew Plettenberg Bay out of the water on Sunday night with their premier performance which had the audience awestruck and begging for more! With each individual a professional in their own right, the group come across as sassy, professional, classy and damn right magnificent! Possibly a first in the world, three Cello Goddesses writing their own music and giving a performance from their hearts and soul which gave us all goose-bumps! We would love to have you back…’  Plett Music Festival Organiser, Carmen Clews

TICKETS: R120 from https://www.thedramafactory.co.za/show/Ros18/ (R100 for students and pensioners.)