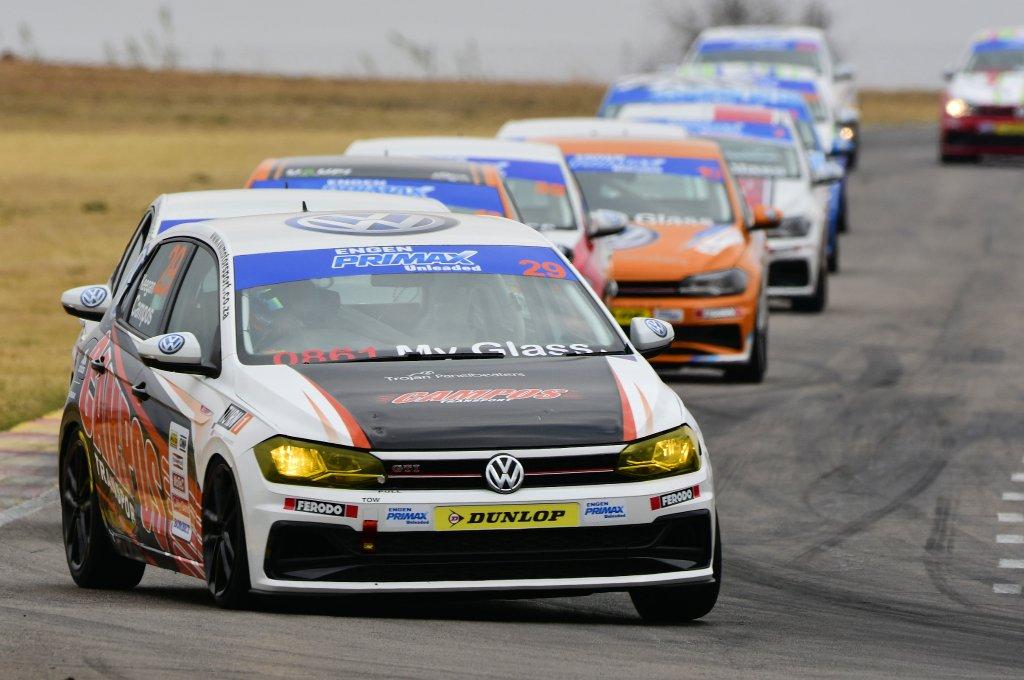 Having raced and tested at the venue, the Engen Polo Cup contenders went to Zwartkops knowing the basic car setup procedures for the circuit.

But, nothing prepared them for icy, windy weather, that made the finding of pace around the tight and twisty circuit a real challenge.

Saturday morning’s official qualifying confirmed the expectations, with the lap times of the top 17 competitors covered by one second.

During race one youngster Justin Oates made full use of his front row grid position, by executing a flawless start and slotting into the opening race lead.

In race two, starting from pole position, Keegan Campos blasted into the lead at the start and there he stayed, to eventually win.

With his performance, Mogotsi has now climbed to second position in the championship.

Tasmin Pepper failed to score points after suffering a collision with the car of Bezuidenhout, which dropped both drivers well down the field.

The next round of the 2018 Engen Polo Cup championship will be held at the Western Cape Killarney circuit on Saturday September 27.