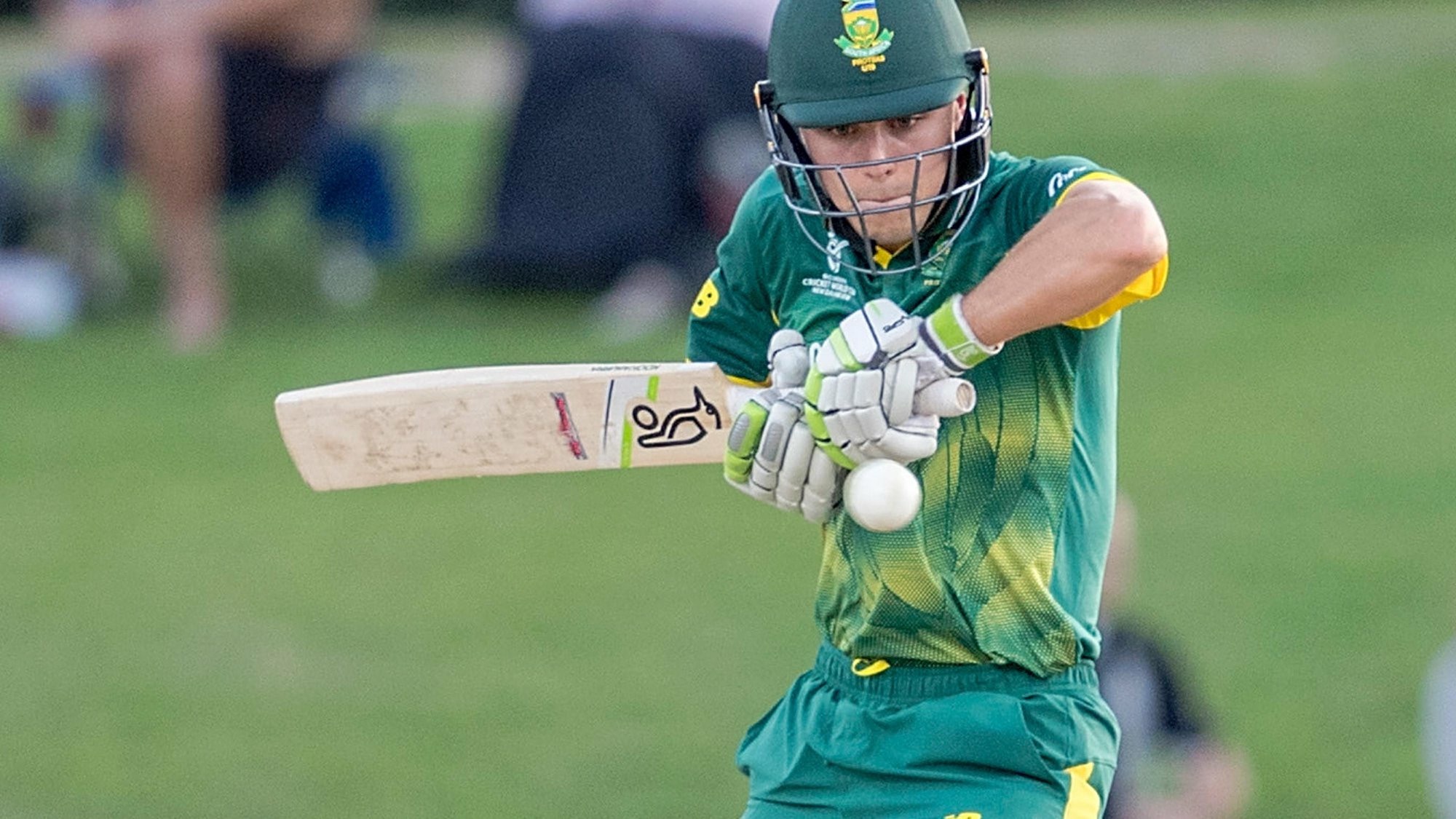 Madibaz batsman Jean du Plessis returned from South Africa’s U19 tour of England with another valuable block of cricketing education firmly in place as he continues his burgeoning career.

Since playing in their Plettenberg Bay back yard with his father and brother using a plastic bat, the 19-year-old accounting student at the George campus has been given a taste of cricket in the upper echelons.

Earlier this year he was in the national squad which played in the U19 World Cup in New Zealand and he recently enjoyed a memorable trip to England.

Although beaten in the two Youth test matches, the SA U19 team fought back to record a rare series victory over England, winning the first two one-day internationals of a three-match series. The third game was washed out without a ball being bowled.

“Being a part of the turnaround after the 2-0 test series loss was special,” said the top-order batsman, who has represented South Western Districts at provincial level.

“It was an exceptional effort from everyone to lift themselves and everyone around them after our morale had been fairly low following the tests.

“We brought a positive approach to the 50-over games, which is an indication of just how determined we were to finish the tour on a high.”

Du Plessis said it had been the first time an SA U19 team had a won a series in England since 2003 when Proteas players AB de Villiers and Faf du Plessis were in the team.

The righthander, who went to Plettenberg Bay Primary before matriculating at Glenwood House in George, has been a regular player at representative level since making the SWD U11 team.

He said one of the highlights of his fledgling career was the first televised game he played in the Africa Cup Twenty20 competition.

“I got to play alongside and against franchise and national team players like Dane Vilas and Lungi Ngidi, so that is something that sticks in my mind.

“Getting the call-up to the SA U19 side was extra special and being a part of the World Cup was amazing.

“Being exposed to that kind of pressure is such a valuable learning experience and scoring a 50 in the first game I played at the World Cup will always be something to remember.”

Du Plessis felt the tour of England was important in furthering his development as a cricketer.

“Because of all the cricketing minds around you, it is such a good environment to speed up an individual’s learning process,” he said.

“But having said that, I think it is important to know how to sift through the information you pick up and take what works for you.

“At the end of the day you have to be confident in your game in order to produce results on the field.

“Embracing the pressure is also something you are quickly forced to learn.”

He added that he studied many modern-day international players who had a similar role to the one he occupied in a team.

“Guys like AB de Villiers and [England wicketkeeper-batsman] Jos Butler have the ability to adapt to different situations as well as adjusting their game-plans to suit all three formats.

“From a batting point of view you have to admire [Indian captain] Virat Kohli’s hunger to score runs in every game he plays.”

Du Plessis said he had been fortunate to be mentored by a number of coaches who had invested much time in his development.

His immediate plans are to complete his studies and to perform at a high level for the SWD provincial side.

“In the long term my dream has always been to play for the Proteas, but I will just have to take it step by step and put in the performances to work my way through the ranks.”

CAPTION: Madibaz batsman Jean du Plessis was part of the South African U19 squad which won the one-day series on their recent cricket tour of England. Picture: Supplied