For the last 18 years, the Pinkie Fest has united partygoers looking for a good time and a positive atmosphere.

The Gauteng event, which had a relatively small start has grown into a heavy hitting music festival, supporting local talents and has become one of the most anticipated parties on the event calendar in recent years.

With their 18th event, the Pinkie Fest Team in their own words have “have concocted the perfect ‘feel good’ hangover cure” by inviting this year’s guests to party for a purpose and support the Johannesburg Cochlear Implant Centre on the 25th of August 2018 at the GoG Lifestyle Park in Krugersdorp.

“As music lovers, we appreciate a good beat and the euphoria of being united through sound, but many South Africans don’t have that luxury, which is why we have selected the Johannesburg Cochlear Implant Centre as our charity beneficiary this year in hopes to make a difference.” – says Pinkie Fest event organizer, Donavan Nicholls 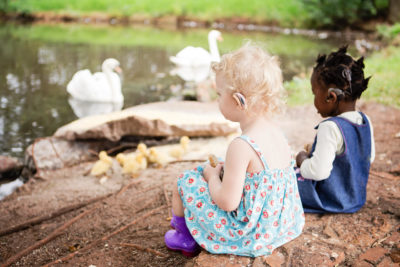 Founded in 2009, The Johannesburg Cochlear Implant Centre NPC, have performed over 500 cochlear Implants with limited funding and no government support.

“In South Africa alone about 7.5 percent of school children suffer from varying degrees of hearing loss. Many of these children are unable to get the treatment they deserve because their parents often face financial obstacles “ says Yvonne Penfold, audiologist at the Johannesburg Cochlear Implant Centre.

According to JCIC, If a hearing impaired child is fitted with a Cochlear implant early enough, they have the ability to develop normal speech and language patterns and attend mainstream schooling.

“If an implant is done within the first 2 years of life and the child is enrolled in speech therapy with a trained rehabilitation therapist, their language development will be age appropriate by the time they are enrolled in formal schooling if there are no other concomitant problems.” – Says Penfold

“Early identification of hearing loss and neonatal hearing screening is vital.  In an ideal situation, hearing loss would be discovered within the first 3 months, within 6 months the child would be fitted with hearing aids and undergo a Cochlear implant procedure before their first birthday” Adds Penfold

To raise funds to purchase at least one cochlear implant to change a young individual’s life, The Pinkie Fest have teamed up with donations based crowdfunding platform, BackaBuddy to raise R200 000 needed for the device. Funds generated by the campaign will be managed directly by JCIC.

The JCIC, have picked out their pink outfits and are looking forward to attending this year’s Pinkie Fest to raise much needed awareness for their cause.

“Being part of the Pinkie Fest is a huge honour, we are excited to be able to tell everyone how cochlear implants have changed so many lives. We often take for granted what it means to hear and how this impacts every aspect of our daily lives. We really hope the public will support our BackaBuddy campaign so we can continue the work we do” – says Penfold

“We believe there is no better way to party than for a purpose and this year we are proud to use our platform to create awareness for a worthy cause – adds Nicholls. 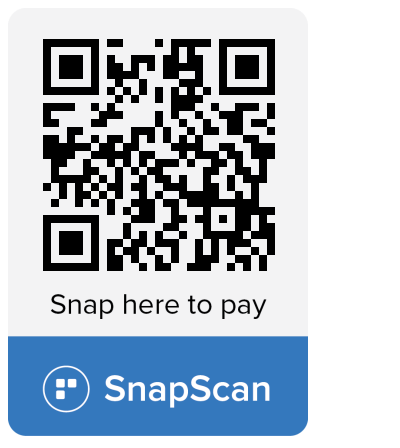 Or alternatively make use of this Snapscan Code to Donate:

*All funds generated by the BackaBuddy campaign will be managed directly by BackaBuddy NPC and paid directly to Johannesburg Cochlear Implant Centre for its intended purpose.

Purchase tickets for the event here:

The Johannesburg Cochlear Implant Centre is a central hub for all past, current and future cochlear implant recipients. The aim of the NPC is that we would be able to facilitate more implants being performed, where there are ideal candidates whose only obstacle is financial. We would also support those who have been implanted via the fund, and then require maintenance years later.

An implant allows the severely hearing impaired individual, who is unable to get sufficient benefit from their hearing aids to once again engage in the listening world. They feel reconnected with the hearing world and can interact with family and friends. A cochlear implant opens the door to sound for the recipient, in so doing many individuals regain their independence and confidence and live an easier and more enjoyable life.

A proudly South African crowdfunding platform where individuals have the opportunity to raise funds for causes they feel passionate about.

BackaBuddy has raised over R73.3 million for various charities, individuals and causes across South Africa.