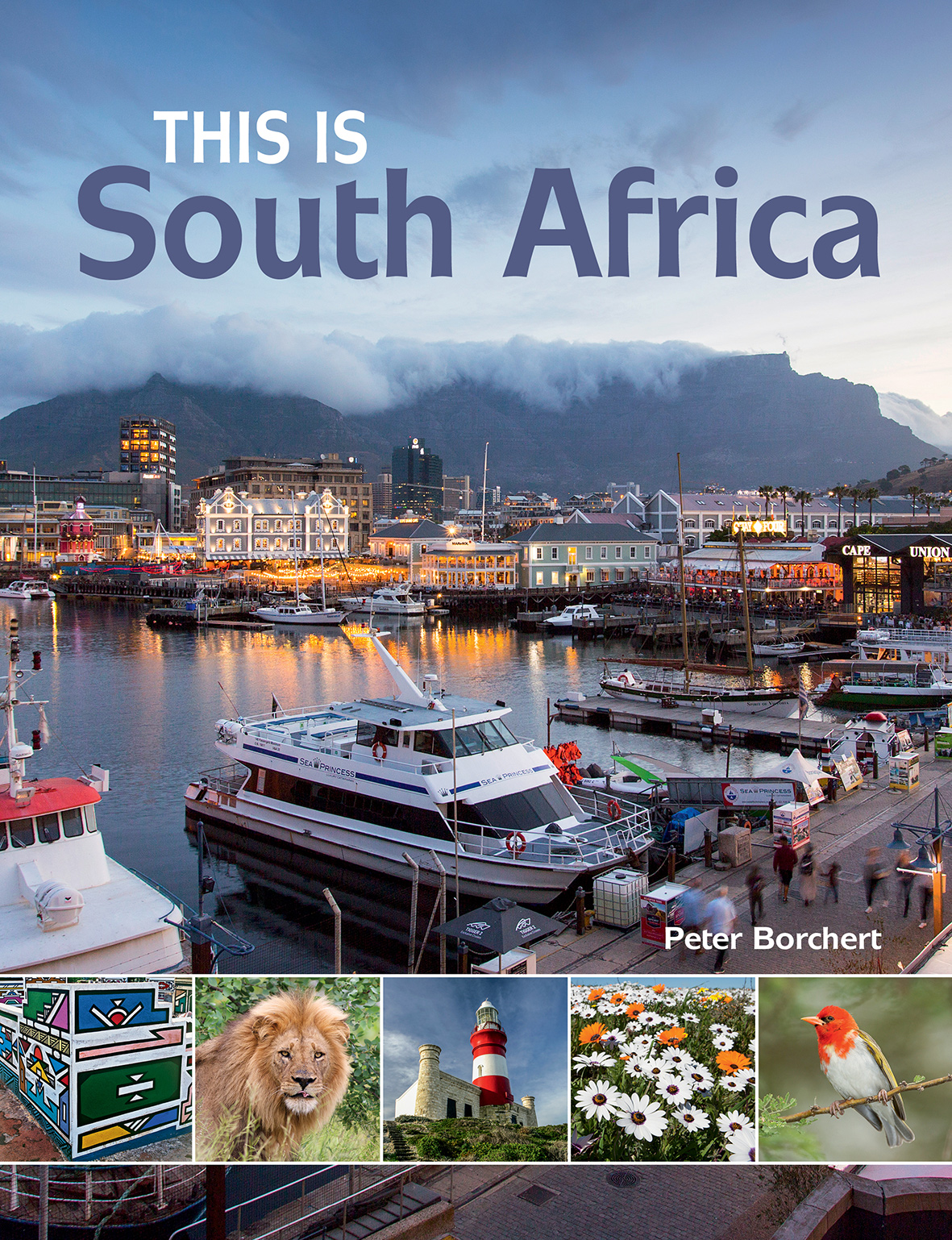 It’s probably true to say that South Africans seldom play tourist in their own country but if you are planning an excursion This Is South Africa will give you plenty of options. And if the text doesn’t scratch the travel itch then the images will have you packing your bags in short order.

The cliché, a picture is worth a thousand words, is particularly apt for the fourth edition of this beautifully produced volume by Peter Borchert with images by Jéan du Plessis and Roger de la Harpe who have won numerous awards for their work. The text by Borchert, a former managing director of Struik; founder and publisher of the magazines Africa Geographic and Africa  – Birds and Birding, is packed with interesting information about South Africa, a land of “startling contrasts” and diversity.

Borchert takes the reader on a journey of discovery starting with a description of the land which is more than 1.2 million square kilometres in extent from the Limpopo River in the north to the southern extremity of Cape Agulhas , “where Africa peters out rather unimpressively in a jumble of low, windswept sand dunes and shallow reefs”. Borchert examines South Africa’s famed Cape Floral Kingdom and points out that 1 736 species of fynbos face extinction.

Mpumalanga, for instance, boasts the old mining village of Pilgrim’s Rest; and is home to Mapungubwe Hill, once the capital of a powerful African tribe; it also features the Blyde River Canyon, the only true canyon in South Africa, and from nearby God’s Window you can see the Kruger National Park and Mozambique’s Lebombo Mountains beyond.

Borchert takes the reader on a tour of the game parks including Addo, the Kruger and the Ithala Game Reserve in KwaZulu-Natal, to mention some. There’s a meander to Durban and its many attractions, among them uShaka Marine World.

Knysna on the Garden Route is another stop on the itinerary. There’s a brief respite at Plettenberg Bay where you can kayak with dolphins. The Little Karoo on Route 62 is another attraction where Oudtshoorn has the famed Cango Caves. On the way there are several quaint towns including Barrydale which is known for the iconic Ronnies Sex Shop which is not a sex shop at all. You can see a variety of architectural landmarks in Montagu; Robertson features the Shellam Cactus Garden, and, if you need a quick pitstop the Affieplaas farmstall is the place to go. They used to serve brilliant breakfasts but it has changed over time and last time I was there the main attraction appeared to be the coffee and juice bar.

The Kgalagadi Transfrontier Park,  the Richtersveld and Namaqualand are worth a visit.

This is South Africa also looks at Cape Town and the V&A Waterfront, a popular shopping destination with the recently opened Zeitz Museum of Contemporary Art Africa. Borchert also lists the main tourist attractions ranging from Hout Bay to the Winelands and beyond. There is also much more to Johannesburg which began life as a rambunctious mining town in 1886. It’s a thriving metropolis and there are entertainment spaces catering for every need.

This Is South Africa should be an essential part of your travel pack.