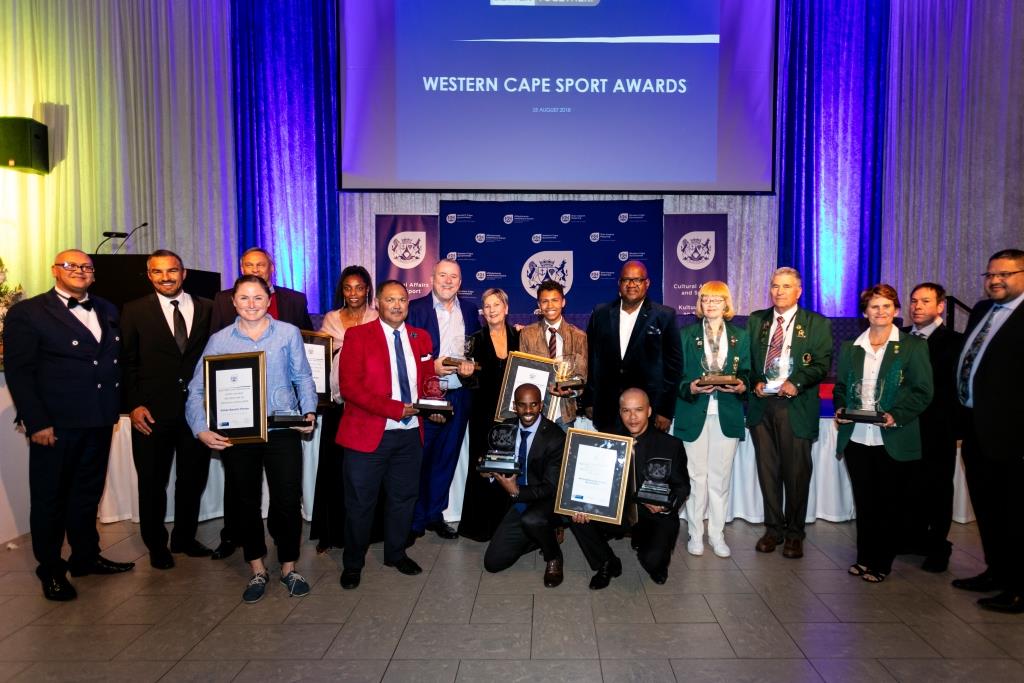 Each year since 1996, the Department of Cultural Affairs and Sport (DCAS) has proudly celebrated the outstanding achievements of committed Western Cape sportspeople in a variety of categories at the annual Sport Awards.

“As we celebrate our esteemed sportspeople this evening, take into consideration their sacrifices, self-determination, perseverance and resilience to challenges faced, while still achieving against all odds. Take that consideration a bit further, and acknowledge that those nominated would not be here or be able to represent our province and country if it was not for at least one woman in their lives. Be it a coach, administrator, teacher, mother, sister, cousin, daughter or wife. When asked how she continues to excel amidst all the critique and demeaning, Caster Semenya proudly paid homage to her mother as her support base and number one motivator on a world stage earlier this year.  We need to move away from the accepted idea that “you need to coach, run, swim or sport like a man to look good as a woman”, and with the influence and will from all present, we have a really good chance to bring about real change in sport, not only in the Western Cape but in the greater South Africa, and the world over”.

Regional nominations are made by the provincial sports federations, sport councils and other interested parties. A panel of experts selects the winners.

The finest athletes, coaches and administrators receive awards at the Regional Sports Awards. The best achievers at regional level qualify in the running for top honours at the Sport Awards in the Western Cape.

Some of the big winners of the night were the Western Province Women’s Cricket Team (Team of the Year), Elma Davis (Sportswoman of the Year) and Chad le Clos (Sportsman of the Year). Tennis player Raven Klaasen and the Springbok Sevens Team received Ministerial Commendations from Minister Marais.

More information on the nominees can be found here and a full list of the evening’s winners can be seen here.

Provincial winners may be nominated for the annual national Sport Awards hosted by the national Department of Sport and Recreation South Africa (SRSA). This prestigious ceremony honours South African sportspeople for their efforts in local and international competitions.

A photo of Minister Marais with some of the 2018 provincial sport award winners is attached. Individual photographs are available upon request.

Caption: Minister Marais and HOD Walters with some of the evenings winners

Deidre is a talented photographer from George. She is described as having a passion for her work which shows in her photography. She is present at most sporting events in the Eden district and is always willing to support sporting codes with capturing their events.