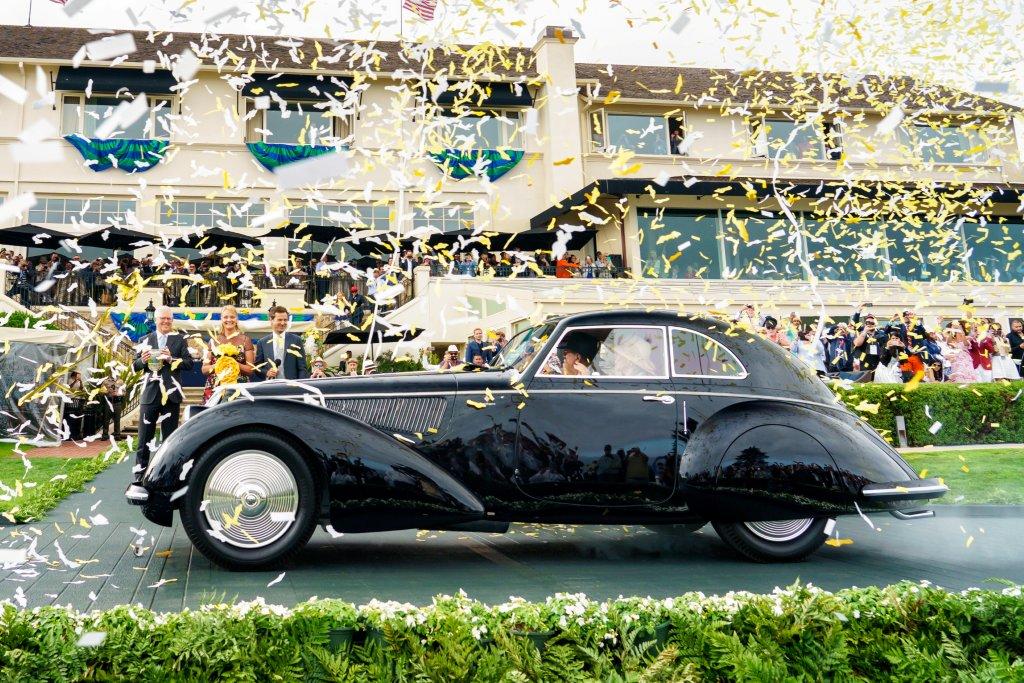 Brian Joss – At the 2018 edition of the Pebble Beach Concours d’Elegance, the coveted gold ribbon that marks out the “Best of Show” car was placed on the magnificent deep blue bodywork of a 1937 Alfa Romeo 8C 2900B Touring berlinetta.

The Italian masterpiece fought off competition from 209 cars, from 17 countries, on display on the eighteenth fairway of Pebble Beach Golf Links, in California.  Before being proclaimed “Best of Show” the car triumphed in its class and it also received two other major awards: the “Charles A. Chayne Trophy” and the “J. B. & Dorothy Nethercutt Most Elegant Closed Car” prize.

The car, first seen at the 1938 Berlin Motor Show, differs from later 8C 2900B Touring models with its more steeply raked grille and lack of running boards and recently received a full restoration to return it to its original specification.

This is the third time in the history of Pebble Beach that the Alfa Romeo brand has taken home the Best of Show award, and every time it has been with the 8C 2900B model with Touring bodywork: first in 1988 with a spider version and then in 2008 with a coupé.

“This Alfa Romeo 8C 2900B Touring has all that one would wish for in a car—speed, style and, frankly, sex appeal,” said Concours chairman Sandra Button. “The Touring styling is simply magical, and to top it off it makes all the right noises!”