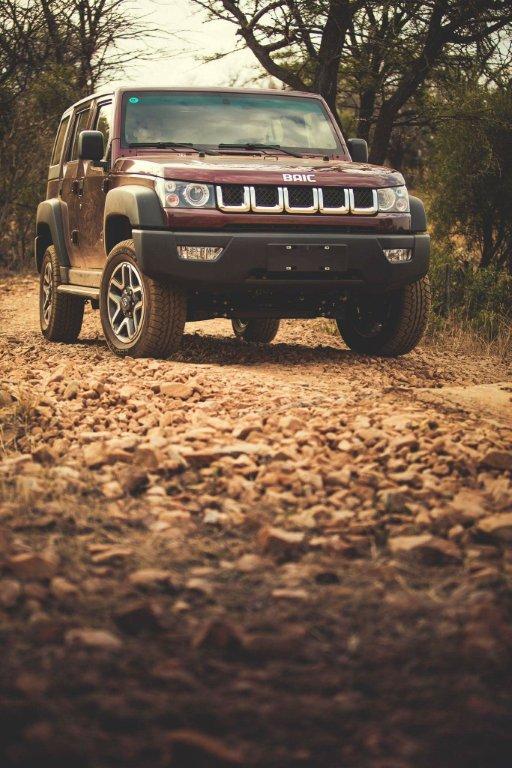 Brian Joss – BAIC, the fourth largest vehicle manufacturer in China and one of the Fortune 500 Global Companies, will be at its second Festival of Motoring at the Kyalami Grand Prix Circuit from August 30.

At this year’s event, BAIC will not only display its South African model range but will also give a glimpse of its global flagship, the BJ40L. The BJ40L is an all-terrain SUV with a ground clearance of 210 mm and a powerful 2.4 litre petrol engine.

Of its local range of affordable, quality vehicles, BAIC will showcase the

D20 hatchback and sedan and the X25 SUV. The last-mentioned will soon roll off the production line of BAIC’s state-of-the-art vehicle assembly facility that the company is constructing in the Coega Special Development Zone (SDZ) near Port Elizabeth.

The D20 range is available with a powerful 85 kW 1.5 litre petrol engine and a host of creature comforts, including parking sensors, electronic air conditioning and electric windows. The D20 hatchback also offers a 75 kW 1.3 litre petrol option and the choice of manual and automatic gearboxes, while the D20 sedan is currently only available as an automatic vehicle with 1.5 litre engine.

To celebrate its South African roots, BAIC has signed on as the official sponsor of the Chinese 8-ball South African Super League, with prizes in excess of R2 million and a new D20 as the grand prize for the Super League winner. A Chinese 8-ball competition set up at its stand at the Johannesburg Festival of Motoring, where participants can play a game against the clock and win great prizes as well.

BAIC last year announced its intention of establishing its new assembly facility as a global production hub for its highly popular X25 SUV.

The new X25 SUV has already found favour with South African clients as a high-quality, yet affordable SUV with a long list of standard features. In South Africa, the X25 is available in Comfort and Fashion guises, with the latter being the highest specification level available. Both specification levels are equipped with BAIC’s 1.5 litre petrol engine, which delivers 85 kW and 148 Nm. BAIC will announce additions to its colour and trim configurations on the popular X25 at the Festival of Motoring.

With the production of the BAIC facility in Coega nearing completion, BAIC expects to start production of the X25 and gradually increase production to satisfy the growing demand for this quality, affordable SUV in South Africa, across the continent and even further abroad.

The new production facility, which was developed in partnership with the Industrial Development Corporation (IDC) is the biggest greenfield investment in the South African manufacturing sector in the last four decades. Once completed, it will provide work for over 10 000 skilled and semi-skilled South African workers.

Globally, BAIC remains one of the largest Chinese vehicle manufacturers. As the owner of brands such as Foton and BAW, BAIC offers a comprehensive range of vehicles to markets across the globe. It produces and sells over 2.5 million vehicles every year and it employs over 130 000 people globally.

The South African festival of motoring will be hosted at the Kyalami Grand Prix Circuit until September 2, open daily from 8 am to 8 pm, except on Sunday, when it closes at 6 pm.

Visit:  www.baic.co.za or the Johannesburg Festival of Motoring at www.safestivalofmotoring.com for more info.

CAPTION: All terrain SUV: the BJ40L on show at the FoM. Picture: Motorpress