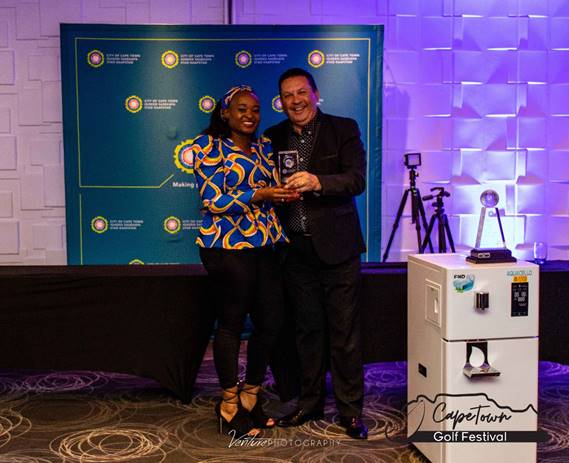 The second annual Cape Town Golf Festival has proven to be another successful week of golf and fun, bringing business to the Mother City and surrounds during the quieter winter months.

This event was a first in a series of key initiatives, organised by the Federated Hospitality Association of South Africa (FEDHASA) Cape region. The association, along with the City of Cape Town, Cape Town Tourism, Wesgro and Accelerate Cape Town forms part of an initiative spearheaded by Mayor Patricia De Lille, to combat seasonality in the province.

Metropolitan, Milnerton, Royal Cape and Westlake Golf Courses played host during the course of the festival and, as some of Cape Town’s most beautiful courses, managed to showcase the city in a wonderful light. Players also got the chance to experience Robben Island, lunch at Groot Constantia, as well as tastings from Groot Constantia, Steenberg, Diemersdal and Cape Point Vineyards each day.

As the inaugural winner of the tournament in 2017, Khomotso Mdhluli has done it again this year.  She is so excited to have won and said that this will ensure that her team returns with an even bigger group of golfers in 2019.

Chairperson of FEDHASA Cape, Jeff Rosenberg applauds the efforts led by Reg Ferreira to keep Cape Town top of mind 365 days a year with this initiative.

“Several of our accommodation member establishments put together special golf packages in order to enhance the Cape Town Golf Festival offerings to make it more attractive for out of towners to participate in the event.”

Going forward, the event organisers and the City of Cape Town hope that the Cape Town Golf Festival becomes something of a mainstay on the city’s calendar, alongside other well-established events, Ferreira says. The festival will be held again from 18-24 August 2019.

Caption: for the 2nd year in a row – Winner of the Visitors Floating Trophy, Khomotso Mdhluli from Polokwane with Alderman Garin Cavanagh from the City of Cape Town.

FEDHASA Cape is recognised and respected by government and all industry role players since 1949 as the prime representative and voice for the South African Hospitality Industry. The association aims to ensure a sustainable and profitable business environment for the Hospitality Industry in the Western Cape and Northern Cape provinces as a private business sector voice.