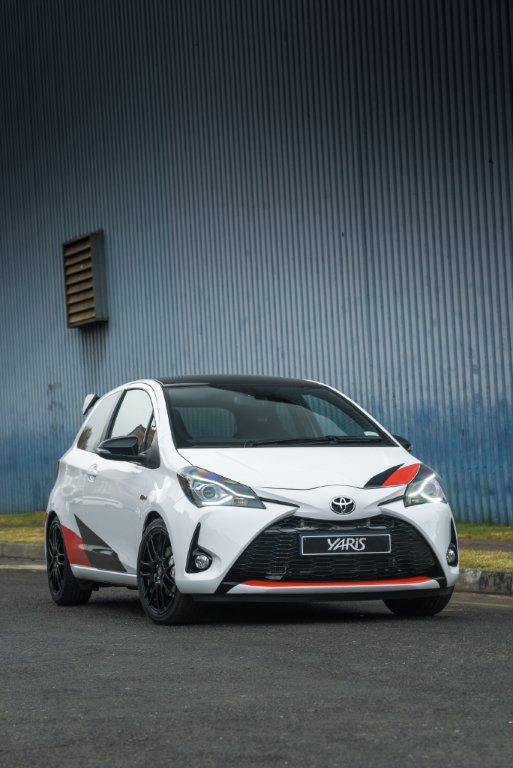 Brian Joss – The words ‘performance’ and Toyota are not often used in the same sentence, while the brand has etched an enviable reputation for quality, durability and reliability – Toyota’s focus of late has been mainstream motoring catering to the more rational and sensible customer and not hot-blooded performance junkies.

Jeremy Clarkson rather infamously said about the Toyota Camry: “Whenever I’m suffering from insomnia, I just look at a picture of a Toyota Camry and I’m straight off.” And, whilst post-2000 Toyota’s have taken a more utilitarian approach, it is important to note that Japan’s biggest vehicle manufacturer has an illustrious history filled with ‘sporty’ models that appealed to multiple spheres of car enthusiasts.

Names such as AE86 aka ‘Hachi Roku’, Celica, MR2, RSi, Sprinter, Supra and TRD conjure up feelings of admiration and passion. In the tuner world, engine codes such as 4AGE, 3SGTE and 2JZ are still revered to this day and utilised in many forms of motorsport. Toyota’s noteworthy WRC campaign with the all-conquering Celica GT4 and Corolla hatchback cannot be forgotten either.

Toyota Motor Corporation President, Akio Toyoda has spearheaded a refocus on fun-to-drive vehicles and established a platform for Toyota to participate in motorsport – to the benefit of all Toyota cars. The introduction of the

86 sports coupe was the first showcase of this new philosophy. Further advancement of the ‘GT86’ has included the addition of Brembo brake callipers and Sachs dampers to bolster the already acclaimed handling and dynamic capabilities.

Pushing the limits for Better refers to Toyota Gazoo Racing’s slogan, and in essence represents the link between motorsport and Toyota’s mission statement of ‘producing ever better cars’. The foundation of Gazoo Racing is to compete on a global motorsport stage and leverage technologies and learnings from this ‘arena’ to develop cutting edge production vehicles. The latest TNGA- anchored models such as C-HR, Auris and forthcoming RAV4, are tangible expressions of both daring design language and engaging dynamics.

Toyota Gazoo Racing currently competes in the World Rally Championship (WRC) and World Endurance Challenge (WEC) series – two top-tier global motorsport disciplines. Whilst WRC contributes learnings on durability, performance and reliability, WEC has a direct link back to Hybrid technology and aerodynamic advancements. Toyota’s commitment to these motorsport platforms is evidenced by the fact that both WRC and WEC teams are at the top of their respective leaderboards.

The recent Le Mans 24 hours win and double-podium Finland WRC finishes bear testament to this. The locally developed Dakar-competing race Hilux has forged a rock solid reputation for Hilux and this in turn has filtered down to the bread-and-butter models, some of which now proudly wear the Gazoo Racing Dakar moniker.

In line with the product development philosophy highlighted above, the future of the Gazoo Racing brand is indeed very bright. ‘GR’ is set to evolve into the ‘defacto’ Toyota-performance brand spawning a multi-tiered product strategy. The intention is to establish Gazoo Racing (GR) as the ‘AMG’ or ‘M’ of Toyota. With this in mind, the GR-brand will be developed to include and signify different levels of performance – catering to the needs of a wide target audience. It will also be expanded to multiple model ranges.

The first fully-fledged GRMN model outside of Japan is the Yaris GRMN – which has been reworked and infused with WRC-sourced DNA. This exciting model signals the start of the GR journey and provides a thrilling glimpse into what the future may bring (the much anticipated Supra etc.) The Yaris GRMN is inspired and influenced by the Yaris WRC, the car with which Toyota has returned to the FIA World Rally Championship, with event-winning success. Its performance focus is broadcast by its lightweight 17-inch BBS alloy wheels, larger brakes, central oval tailpipe and a bespoke exterior finish that displays Toyota Gazoo Racing’s white, black and red competition colours. Under the bonnet is a 1.8-litre engine, tuned to produce 156 kW and benefiting from a supercharger, a feature unique among B-segment performance hatchbacks.

Right from the completion of the first Yaris GRMN concept in 2015, a prototype was sent to a Toyota facility close to the legendary Nürburgring race circuit in Germany. Here a select group of Toyota tuning specialists from Europe and Japan have honed the car’s handling and performance, working both on track on the famous Nordschleife and on the wide variety of roads found in the immediate neighbourhood – from ultra-fast Autobahns to tightly winding mountain passes. Toyota’s belief is that if the car can prove its capabilities in this environment, it can do so anywhere.

The name GRMN itself declares the special efforts that have been invested in the car, standing for Gazoo Racing tuned by the Meister of the Nürburgring.

The team working on the car have developed their skills through participation in motor sport, working side-by-side with racing professionals, and through sports car development programmes. They have also been able to draw on the competition experience gained by Toyota Gazoo Racing at the circuit.

Even since the car’s show debut in Geneva, work has continued to define the optimum shape of strategic areas of the bodywork. Every part has been painstakingly reconfirmed so that the Yaris GRMN is in perfect trim for the start of production at Toyota Motor Manufacturing France’s Valenciennes plant this autumn. Production will be supervised by a team of TMMF’s most skilled members and each car will undergo a special quality control check, including a specific test drive.

The heart of the Yaris GRMN is its 1,798cc four-cylinder engine, a 16-valve unit equipped with a Magnusson Eaton supercharger and Dual VVT-i intelligent variable timing for both inlet and exhaust valves. The 2ZR-FE unit is built by Toyota Manufacturing UK and has been specially adapted for use with the smaller Yaris platform.

With a 10:1 compression ratio, it delivers a maximum 156 kW at 6,800 rpm and peak torque of 250Nm at 5,000rpm. Driving the front wheels through a six-speed manual transmission, the engine enables a 0-100 km/h acceleration time of around 6.3* seconds; top speed is electronically limited to 230 km/h.

Installing the supercharger presented a particular challenge, as only very limited space was available in the Yaris GRMN’s engine compartment. The packaging solution combines the supercharger, cooling and air intake together in a single, space-saving stacked unit. Cooling is crucial, so there is an intercooler for the supercharger and an oil cooler, both located in front of the radiator, and an enlarged air intake to support better engine breathing. The fuel system has also been upgraded, using components from a V6 engine.

With kerb weight kept down to just 1,135kg, the Yaris GRMN achieves the best power-to-weight ratio in its class at 7.28 kg per kW.

To ensure Yaris GRMN’s power is transferred smoothly to the road, the car is equipped with a Torsen limited-slip differential. Chassis stiffness is enhanced with a lateral bar across the engine bay, between the front suspension towers, with further front and rear chassis underbody bracing.

Shorter springs allow the car to hug the ground more closely (24mm lower than the standard Yaris) and these are teamed with dedicated performance shock absorbers, developed with Sachs, and a larger diameter (26mm) front anti-roll bar. The suspension is a development of Yaris’s front MacPherson strut and rear torsion beam design.

To achieve razor-sharp braking controllability, the 275mm-diameter grooved front disc brakes are fitted with four-piston callipers; 278mm discs are featured at the rear. The callipers are a stand-out feature, painted in signature Toyota Gazoo Racing white and visible through the slim spokes of the alloy wheels.

The wheels are 17-inch BBS lightweight multi-spoke alloys which not only save weight but also provide sufficient space for larger brakes to be used.

The exhaust has been fully reworked, a task that had to be achieved within very tight space limitations, and with careful attention to underbody heat management. The goals were to reduce exhaust back pressure and to control emissions and noise levels. Success in this task has enhanced engine power and produced a rousing exhaust note. The design has also helped reduce the car’s overall weight.

It also sports a special paint finish – white with red and black flash detailing on the bonnet and sills, echoing the livery of the Toyota Yaris WRC, and a black roof with a unique-in-segment black shark fin antenna. The front lip is decked out in red and the LED headlights are given extra visual impact with the addition of black upper ornamentation.

The cabin is equally an expression of the car’s performance focus, with front sports seats designed specifically for the car by Toyota Boshoku, providing best-in-class body holding and support.

The authentic performance details include an engine start button and a small-diameter, leather-wrapped steering wheel, sourced from the Toyota GT86 coupe and further adapted to suit the special requirements of the Yaris GRMN. There is also an aluminium sports pedal set, aluminium trim detailing and a bespoke, high-grade combimeter with TFT display, designed to reflect the car’s special performance character.

As the Yaris GRMN is a limited production model of only 400 units, distribution has been restricted to Europe only. Therefore this model will unfortunately not be on sale in South Africa – but will serve as a demonstration of Toyota’s sporting direction and signify the evolution of performance-minded Toyota products.