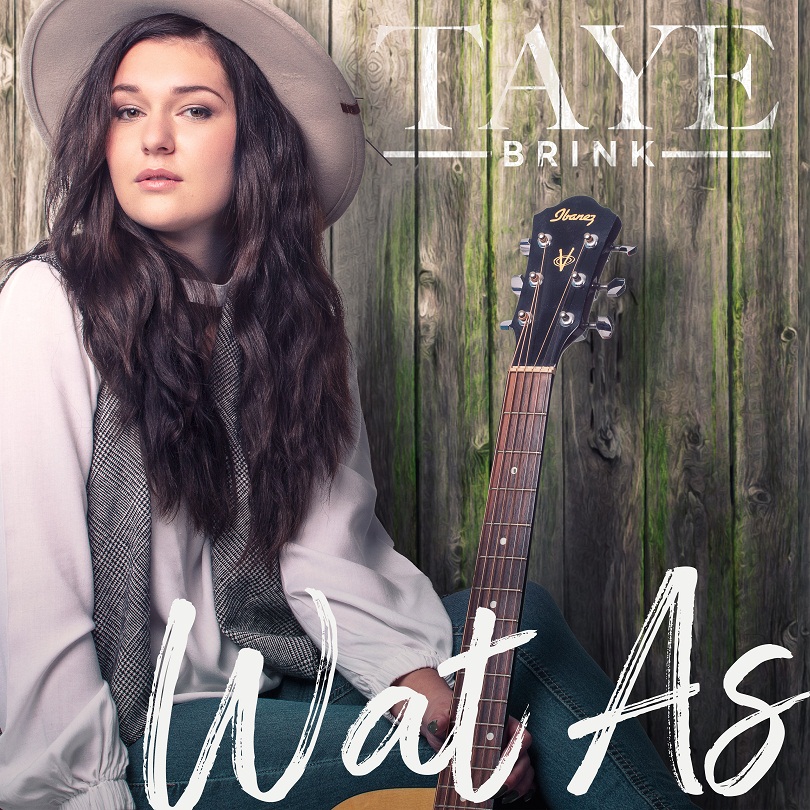 The upbeat, catchy tune and cheerful lyrics of Taye Brink’s new song, WAT AS, promises to be a firm favourite at parties and on the dance floor. This single was just released and is already making its way up the iTunes charts.

WAT AS was written by ADAM’s Hugo Ludik and is about two people who get together, but do not know if what they have is true love. They both, however, realise that they should make use of this opportunity and give it their best shot, because you never know if this might be it!

“I think that listeners will most definitely be able to relate to the theme of the song. My goal is to touch people’s hearts with the honesty in my music and believe that this single might inspire others to believe in themselves and have a little faith in their circumstances,” Taye shares about her Country-Pop single. “Audiences have really enjoyed the live performances of my first Afrikaans single, so I am really positive about its release.” A music video is also planned for the near future, but she does not want to give too much away about it yet.

The bubbly nineteen-year-old grew up in Alberton and has been entertaining her mother and older sister since she can remember. “My mom was a single parent and used to sing to us and play music in the house. I was four when she bought me my first toy microphone and I used to sing along to Celine Dion and Elvis Presley,” she explains. She started singing in her school’s choir when she was eight and after winning a singing competition, her mother enrolled her for vocal lessons at a local music school. The musician also has various music qualifications from Trinity College London and was invited to attend a master class after achieving the second highest grade in South Africa in her International Vocals exam.

Although she is still young, she has been involved in the music industry for nearly eight years and has had many highlights along the way. She had the privilege of performing in front of various international talent scouts and experts like ARTS EXPO’s Kim Myers, Tashia Stafford from Icon Studio’s Atlanta and America’s Got Talent’s Nate Butler. The star has also competed in various talent competitions such as Applause Rising Talent Showcase in Orlando, as well as We’ve Got Talent Boksburg (2012 winner, 2013 second runner-up), the Klip Koppie Musiekfees (2010-finalist) and School Idols (2012-2014). Furthermore, she has also performed at functions and festivals like the Alberton Blanket Drive, Cancer Day, the Youth Day Festival, a HIV Awareness Campaign and various women’s events.

Her first album, Stronger Than Ever, was released in 2015 and delivered two impressive singles, Till I Find You and A Life Time, with the help of Byron Keno and Nate Butler, respectively. The model and stage actress also did the backup vocals for Franz Geldenhuys’s single, Lullaby, and can be heard singing in the Afrikaans film, Gebore Talente, which was released in 2018.

Taye has great admiration for Country and Pop artists like Taylor Swift and Carrie Underwood and would love to work with the likes of Juan Boucher, Elandré Schwartz and Elizca Coetzer someday.

She reveals that she is a very down to earth person, who likes fishing and loves animals. In her spare time, she enjoys painting and is busy working on material for a new album. Because she adores children, she would love to share her music knowledge with young talent when she is not on stage.

The music industry has taught Taye Brink to work hard and not to let setbacks get her down. She dreams of conquering the hearts of fans, locally and abroad, with her beautiful voice, storytelling lyrics and unique sound. If WAT AS is any indication of what she has planned, this musician surely has a very bright future ahead of her.