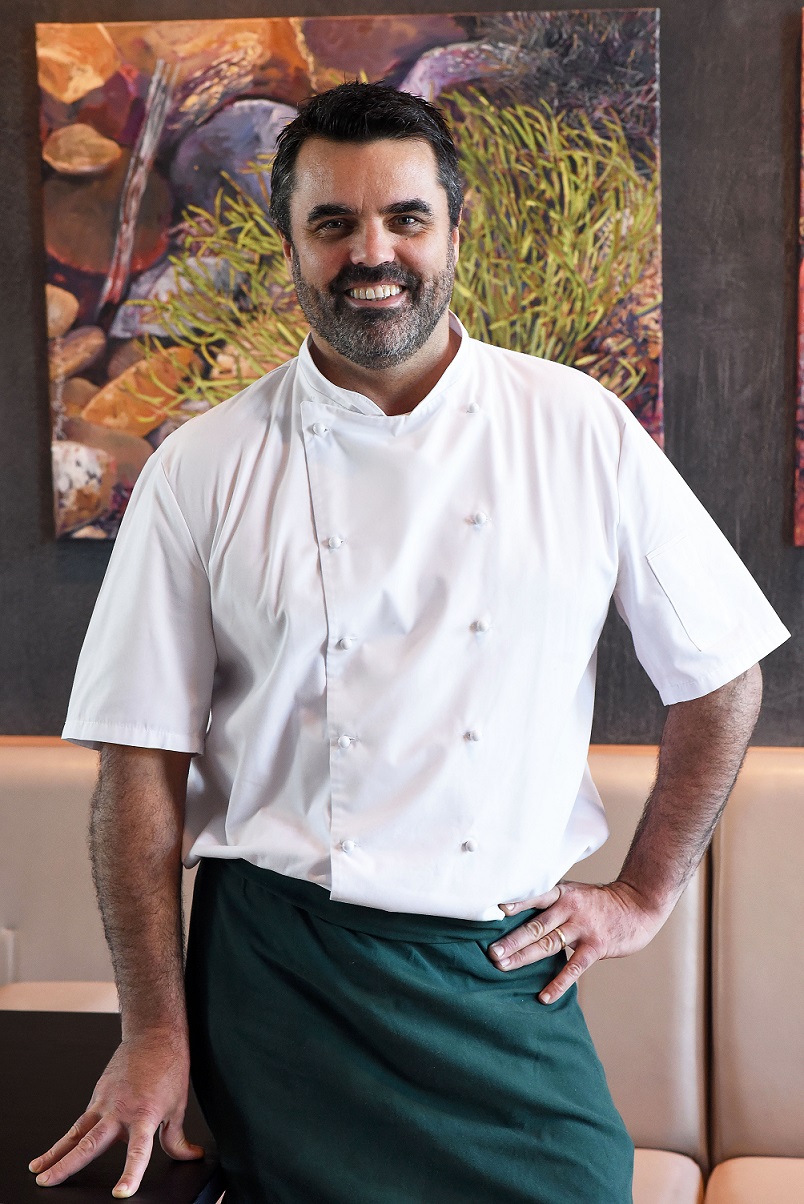 Dining out is not a binary experience according to Greenhouse’s Executive Chef Peter Tempelhoff, whose menus are meticulously designed around a holistic sensory dining experience.

Whether it’s a smell, image or feeling that inspires, Peter creates modern, complex dishes that earned Greenhouse Restaurant the Eat Out accolade of Top Five restaurants to visit in 2017. Laying further testimony to Greenhouse’s legacy of excellence, Eat Out has billed the restaurant as one of the Top Ten eateries to visit for eight years running. To boot, Greenhouse Restaurant took home the trophy for best South African Restaurant of the Year in the 2011 Eat Out DStv Food Network Restaurant Awards. This string of praise proves Peter to be a stalwart on the South African culinary map, and a shape-shifter behind the country’s rise in stature as an international destination for progressive world-class cuisine.

Peter began his chef training in Cape Town at the Institute of Culinary Arts, before being awarded a bursary to study abroad at the prestigious Culinary Institute of America following which he made a trans-Atlantic leap to London and worked his way through a series of Michelin-starred restaurants.
Mentored by globally renowned chefs, Peter cut his teeth at London’s Quo Vadis with Marco Pierre White at the helm before moving on to Hambleton Hall under Aaron Patterson, a restaurant that boasted a Michelin star.

Building on this experience, Peter took his knives to the Michelin starred Zafferano under the guidance of renowned Italian chef, Giorgio Locatelli and in 2005, his British tenure culminated in a move to American Brasserie, Automat where he crafted the restaurant to be one of the best places to dine in London, heralding nods from Harpers And Queen Restaurant Awards (nominated for Restaurant of the Year) and a vote as Top Table in London 2005.

Arriving back in South Africa in 2007, Peter was appointed Executive Chef at Grande Provence Heritage Wine Estate in Franschhoek where his local renown quickly grew amounting in his being voted Sunday Times Chef of the Year.

Tempelhoff moved to The Liz McGrath Collection in 2008 where he was tasked with overseeing the 5 kitchens across the portfolio. During Peter’s tenure as Executive Chef, the collection has been awarded numerous accolades – including holding a record nine stars at once throughout the group from Rossouw’s Restaurant Guide. The SeaFood at The Plettenberg was named best Hotel Restaurant on the Garden Route for 2009 and 2010 by CXPress Newspaper. Peter has also put The Cellars-Hohenort Hotel on the culinary map through the Greenhouse’s ongoing success, which consistently draws awards as well as a discerning foodie crowd.

When asked “why cooking?”, Chef Peter cites a 7-course dinner, prepared by Raymond Blanc at The Grande Roche Hotel in Paarl in 1996, as the food moment that made him want to become a chef saying, “Each dish that Raymond cooked was beyond superb – beautifully created, simple and balanced; I told myself that I would like to cook like him one day. There have been other great meals along the way, but none could come close to the meal that affirmed my decision to become a chef. It was the meal of a lifetime!”

Peter is inspired by the abundant and diverse resources offered by the local landscape (ocean, garden, veld and farmlands) and the rich food history and heritage of South Africa. His menus incorporate innovative cooking and preparation methods and his dishes are always plated with meticulous attention to detail and inspiring levels of artistry – he’s constantly experimenting with new flavours and ideas, stretching the boundaries and elevating the Cape’s dining experience.