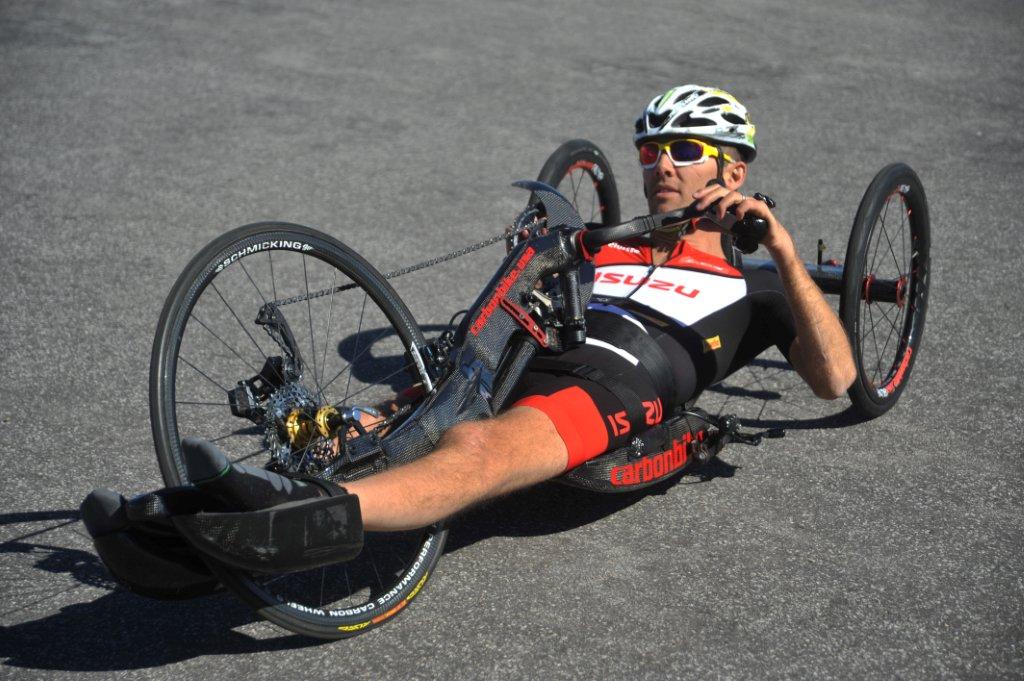 Brian Joss – Isuzu Motors South Africa is sponsoring a world-class, inspirational sportsman who plans to reach a new milestone at the Ironman 70.3 World Championship, taking place on 1 and 2 September in Port Elizabeth.

Pieter du Preez, 38, an actuarial analyst from Johannesburg, is hoping to lead the way for more quadriplegics when he participates in the Isuzu Ironman 70.3 World Championship.

Following an accident 15 years ago in which he broke his neck, Du Preez can only move his wrists, biceps and shoulders and has no hand or finger movements, no triceps and is completely paralysed below the chest.

Du Preez considers his greatest sporting achievement to date when he became the first quadriplegic in the world to complete an Ironman in Western Australia in 2013. He has since completed four full Ironman and three Ironman 70.3 races.

As there is no separate category for quadriplegics, Du Preez will be racing against paraplegics and amputees who on average have more than three times his muscle function  “I am ecstatic to be racing. I am paving the road for other quads to believe that ‘anything is possible’ and maybe it opens a door to get to Kona, which is my ultimate dream,” said Du Preez.

Isuzu Motors South Africa Executive Officer: Sales, Service and Marketing Craig Uren said: “Du Preez is an amazing sportsman and we are proud to be his sponsor. We wish him and all the athletes the very best.”

Du Preez thanked Isuzu for giving him the opportunity to race at the world championships on home-soil.” I will give it all on race-day to make Isuzu and SA proud,” Du Preez said.

Du Preez is a formidable sportsman with a trophy cabinet to match. He is the four times world champion in paracycling, ten times world championship medallist in cycling and athletics, and the first quadriplegic to swim from Cape Town to Robben Island.

Other than his dream of getting an Ironman slot for Kona, Du Preez also hopes to swim across the English Channel and participate in the 2020 Summer Paralympics in Tokyo.

“My biggest challenge, however, is being a great father to my 15-month old son, Pietman. We as people inspire each other and can do so every day, everywhere, anytime. and when a bad thing happens, even on race day, it is an opportunity to be great,” Du Preez said.

Along with Ironman coach Raynard Tissink who will be his race partner, Du Preez will be supported by his wife, Illse, and little Pietman.