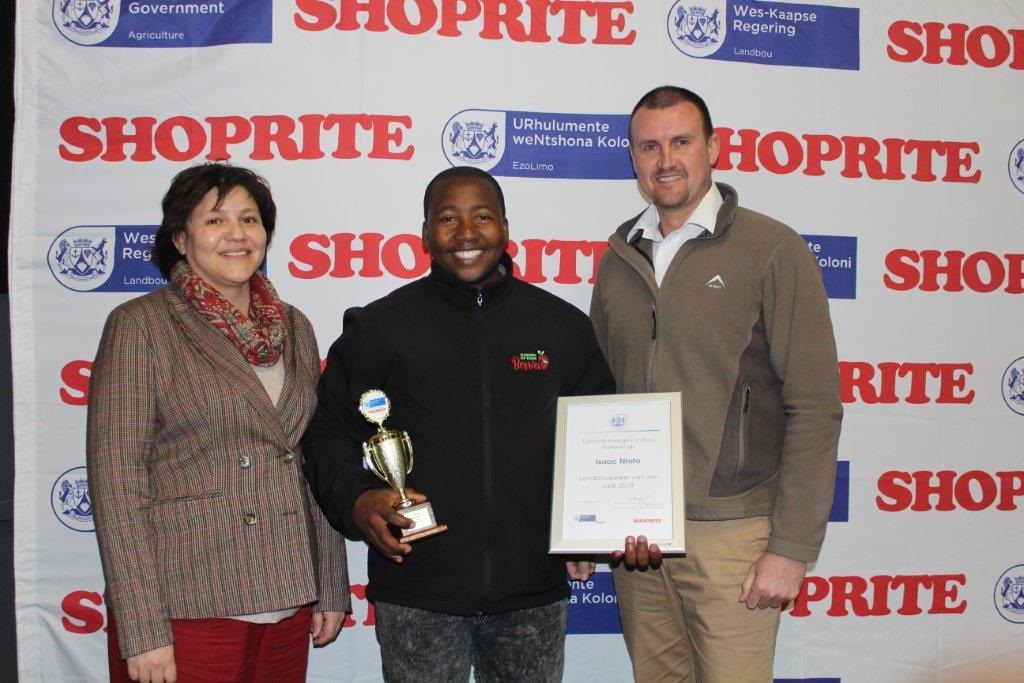 Isaac Ntoto has been named as the regional winner in the Garden Route leg of the Western Cape Prestige Agri Awards.

Ntoto is a technical manager at Professional Horticultural  Consulting.

Speaking after the announcement, Ntoto said: “I am very happy doing what I love on the farm on a daily basis, and getting an award like this is a dream come true.”

The awards, sponsored by Shoprite since 2012, recognise excellence among agri workers and are held annually in 16 regions before the overall provincial winner is announced in November.

Minister of Economic Opportunities, Alan Winde said “we congratulate Mr Ntoto on this win and wish him well as he enters into the next round of the competition.”

Winners of the regional awards receive a cash prize, a certificate, trophy and Shoprite vouchers. They will also go on to compete at provincial level during an adjudication process in October 2018, with the awards to be held in November 2018, where the overall winner – the Western Cape Prestige Agri Worker for 2018 – will be announced.

The overall winner walks away with a R25 000 cash prize, an overseas trip valued at R60 000, an iPad, Shoprite vouchers, data and a place on the Prestige Agri Worker Forum which meets with Minister Winde each quarter to discuss agri worker as well as sector related issues.