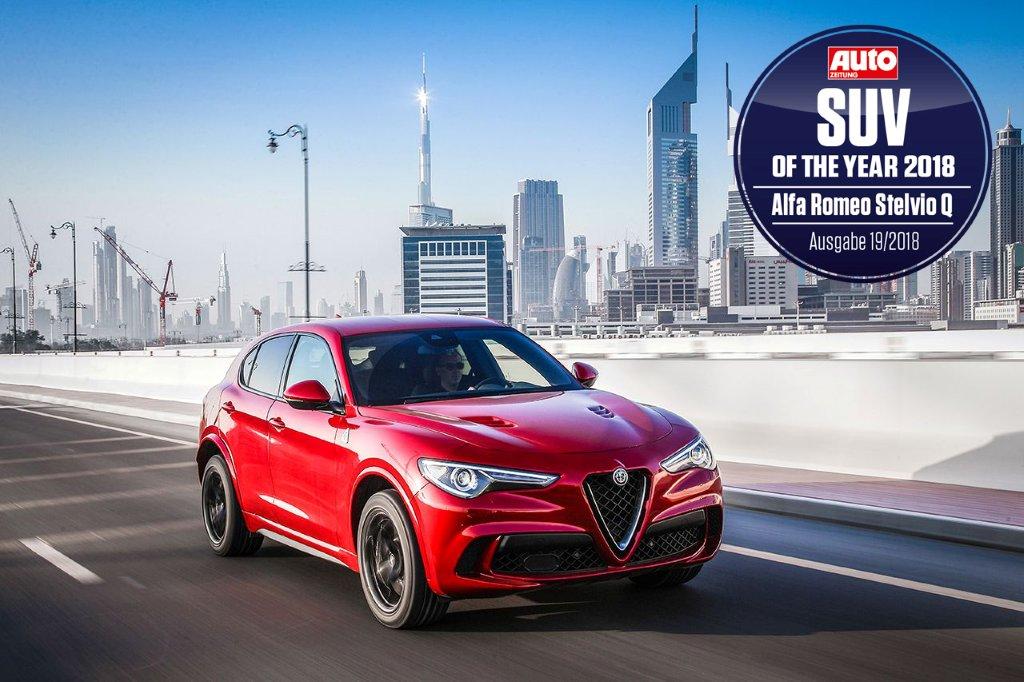 The competition, which was held for the first time this year, was restricted to the most powerful SUV models of eleven brands. The Alfa Romeo Stelvio Quadrifoglio succeeded in comparison with strong rival vehicles winning the day by virtue of its handling properties and dynamic driving.

Characterized by its symbol Quadrifoglio – four-leaf clover in English – the Alfa Romeo Stelvio Quadrifoglio is a high-performance SUV which doesn’t fit into any conventional categories, so finds itself in a league of its own.

This technology, which aims to achieve optimum driving performance, creates the platform for an extraordinary record: the Alfa Romeo Stelvio Quadrifoglio set a new benchmark lap time at Germany’s legendary Nürburgring and is therefore the fastest SUV in its category.