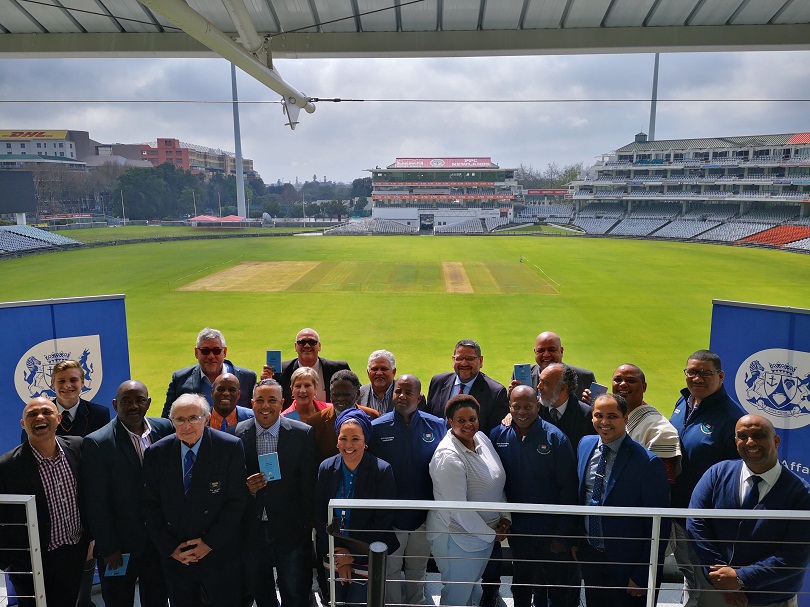 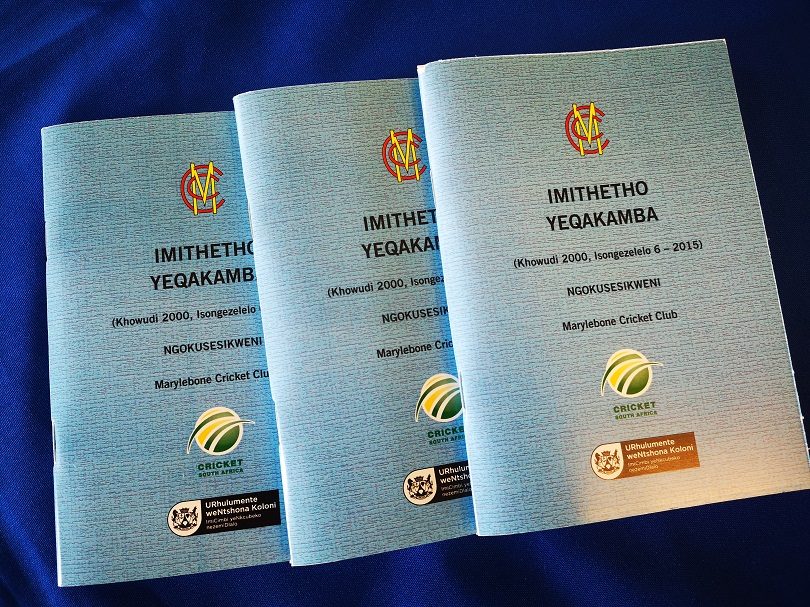 The Department of Cultural Affairs and Sport (DCAS) is committed to promoting sport as a vehicle for reconciliation and development of the Western Cape community.

To increase access and participation in sport in the Western Cape the DCAS, our professional linguistic partners, and expert code stakeholders collaborated to translate terms for sporting codes that were previously only available in either English or Afrikaans.

After months of deliberation and receiving the approvals from linguistic authorities, Minister Marais is proud to launch the world’s first isiXhosa Cricket Rulebook. This follows the launch of the very first isiXhosa chess book, in July 2015.

Our department is, amongst many other things, mandated to promote sport in the province. It remains a challenge to promote particular sport codes in the vulnerable townships and rural areas, especially in previously disadvantaged communities due to inadequate infrastructure. This environment is a result of the political history of the country that favoured certain groups and suppressed others. Before, vulnerable communities did not have adequate infrastructure for certain sport codes and therefore were not exposed to particular codes, such as chess, golf and cricket to name a few. For meaningful social inclusivity to thrive, the gap had to be reduced and eventually closed.

It became the duty of the Department to equally and fairly promote all the sport codes to all the citizens of the province, including poorer communities with limited adequate infrastructure. It then also became paramount that the Department determined strategies to introduce and promote all the sport codes to all the areas of the Province. During the keynote address, Minster Marais said, “we had to find ways of introducing these codes to areas where they were not popular before. The issue of access was identified as the major challenge more than anything else, such as infrastructure. I have witnessed first-hand how communities can always find one way or another to play any sport code at their disposal despite the lack of infrastructure. Therefore, introducing and exposing communities to unpopular sport codes in their areas became a strategic objective which required a whole of society approach”.

Language was also cited as the major tool to facilitate the programme. It has long been reported by prominent linguistics scholars and many other influential icons, including Madiba, that people feel more comfortable in learning in a language they best understand. Manuals and rules of almost all the sports codes played in South Africa tend to be in English and Afrikaans only. Very little sport literature is known to have been published in any of the African languages spoken by the majority of the country. Translating the existing manuals became the department’s first port of call.

For the isiXhosa terminology booklet, the Chief Directorate for Sports and Recreation called a meeting with the departmental language services component and introduced the project to the team. A need for formal editing and coining of new terminology for the book then surfaced and the project was then handed over to the language component. An experienced isiXhosa language specialist, Mr Xolisa Tshongolo, was tasked to manage the language part of the book.

Mr Xolisa Tshongolo, who is also a professional isiXhosa publishing author, called several meetings with the experts in the field to discuss the ins and outs of the game itself. These meetings helped to unpack the terminology issues in the book, as this is the first isiXhosa cricket book known to be published. New terminology was coined in consultation with experts and a few isiXhosa academics who were willing to comment on the book.

The Western Cape Provincial Language Forum (WCPLF) was then used to verify and endorse the new isiXhosa terminology. The WCPLF accepted the verification task and further refined the terminology with the assistance of language practitioners who were also familiar with the game. For this we are eternally grateful.

Not only has this process shown in real terms what can be achieved if we all work together for a greater cause, it was also a very technical exercise for the isiXhosa language. It contributed towards development of the language as new terminology was coined in the process and therefore is a powerful tool to prove that isiXhosa, with efforts and resources, can be used in any and all domains. This project has indeed illustrated that when we work better together, we can accelerate our agenda for the promotion of multilingualism and access to sporting activities in the province.