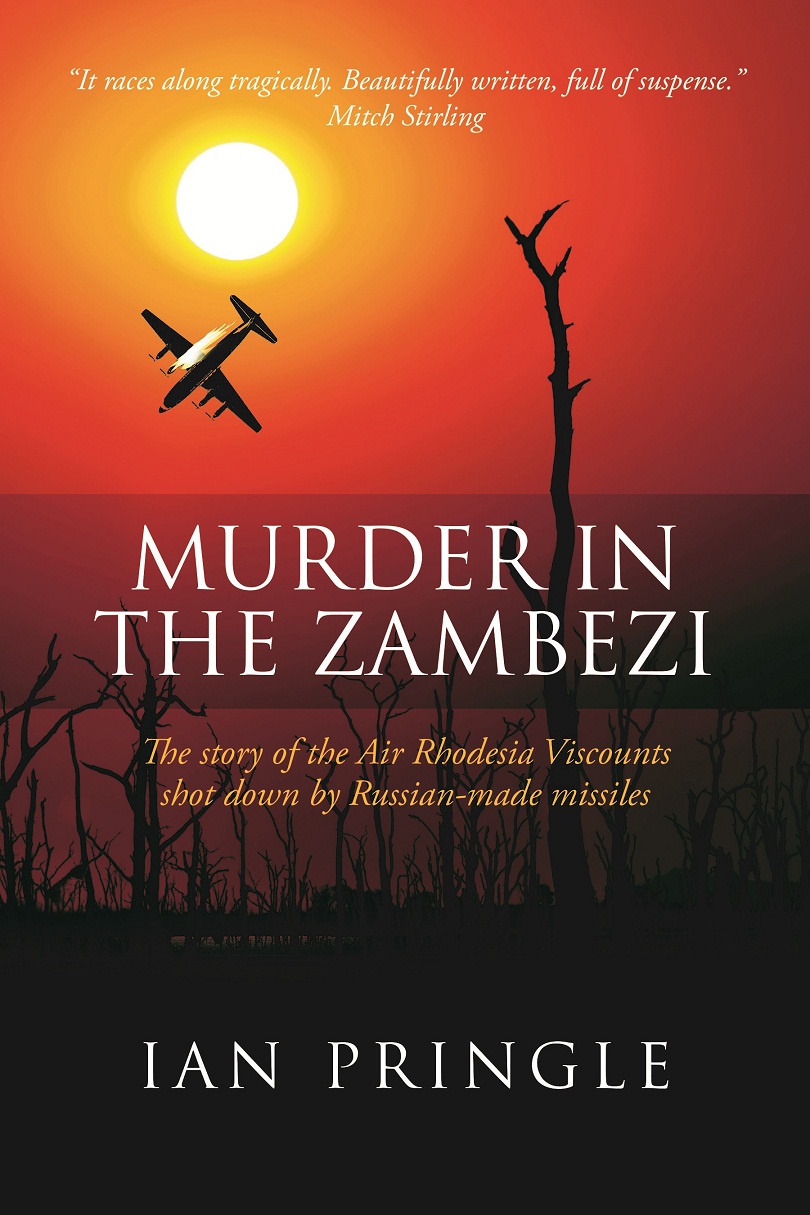 Do you remember the Hunyani or the Umniati?  I doubt it, except for a few Rhodesians (Zimbabweans) who were directly affected by the murders of their friends and families.

The two Air Rhodesia Viscounts were shot down by rebels, using Strelas, Russian-made heat seeking missiles. The rebels, attached to Joshua Nkomo and his Zimbabwe People’s Revolutionary Army (ZIPRA) , were lying in wait in the Matusadona Hills near Kariba.

It is 40 years ago this month (September) that the Hunyani tragedy occurred. The Air Rhodesia Viscount (RH825) was shot down on Sunday September 3 1978. It was the end of the school holidays and some of the passengers on board were returning home after enjoying a vacation at the Lake Kariba resorts. Five months later on February 12 1979, Nkomo’s rebels brought down another Viscount, the Umniati, also with a Strela. All 59 people aboard perished: some people though who were meant to be on board the Umniati escaped death because fate or luck stepped in.

Memories fade after 40 years so just to recap: the then Rhodesia was involved in a high-intensity civil war.

When the Hunyani carrying 56 civilians was brought down, 18 people, including two air hostesses survived the crash. However, five survivors led by Salisbury dentist, Cecil McLaren, hiked to the nearest village looking for help and water, which was not readily forthcoming. However, insurgents reached the site before the five survivors returned and in a hail of AK-47 bullets shot 10 passengers dead, including children and the injured.

Pringle compares this tragedy to that of the Malaysia Airlines Flight 17 which was shot down over the Donesk region of the Eastern Ukraine killing all 298 people on board, by a Russian-made missile, the Buk. There was world-wide condemnation after the Boeing 777 incident. But there was a deafening silence over the Hunyani when the passengers were brutally murdered in cold blood. Pringle believes it was another group that did the killing, as the rebels who used the Strela, were too far from the crash site.

In a BBC interview, Nkomo, the former Zimbabwean vice president, who died in 1999 of prostate cancer, chuckled when he recalled how his troops shot down the Hunyani.

Apart from a plaque attached to a granite rock at the site of the Umniati crash there were no memorials to the victims. Colonialism is not only a dirty word in South Africa, but in Zimbabwe too. Soon after independence, the bishop of the Anglican Cathedral in Harare ordered the removal of “colonial relics” from the walls of the church, including memorials to those who lost their lives in two world wars and the bronze plaques honouring the victims of the two Viscount tragedies.

A group calling itself the Viscount Memorial Team led by Keith Nell whose book, Viscount Down, which, according to Pringle, caused some controversy, put up a prominent granite structure, with the plaques they recovered, at the Voortrekker Monument on the outskirts of Pretoria. On Sunday September 2 2012, 500 people attended a memorial service for the Hunyani victims and on September 4 2016 nearly 200 people gathered at what was to be the last ceremony to coincide with the anniversary of the loss of the first Viscount, due to rising costs. The event will be combined with a general ceremony commemorating UDI on November 11.

Apart from extensive research, Pringle interviewed some of the survivors and their families including Hans and Di Hansen who recall vividly the tragic event. Di, at considerable risk to her own life,  did manage to get some survivors out and Hans carried them away from the burning Viscount. But then the passengers were murdered by the Zipra rebels. The Hansens escaped certain death by hiding in a shallow ditch “into which we could just fit…We stayed there and watched the villagers ransack the site”.

Murder In The Zambezi is also a potted history of the Rhodesian aviation industry and Rhodesia, and how these events led to the eventual rise of Robert Mugabe. Pringle briefly looks at the role of John Vorster,  the former apartheid prime minister and how he sold Ian Smith and by extension, Rhodesia, down the river. Vorster’s plan was simple, according to Pringle. “He would apply pressure on Smith to negotiate with Zanu and Zapu. The conditions were a ceasefire and the release of all political detainees in Rhodesia including Mugabe and Nkomo, and if Smith didn’t agree Vorster would cut Rhodesia’s vital supply lines and he withdrew the South African police paramilitary force to make his point”.

Pringle, a fast jet pilot, now retired to Cape Town, lived and worked in the then Rhodesia when these two tragedies occurred. He also uses his flying knowledge to give some insight into the downing of the Viscounts.

As a poignant reminder Pringle notes the names of the 48 people and the 59 victims who perished in the Hunyani and the Umniati respectively.

Pringle’s work is a valuable addition to the often violent history of the African continent. Without people like Pringle to remind us of these events, they would be consigned to the dustbin of history. Or worse, it would be rewritten to suit the agenda of the victor. And that’s the one most people would find credible.

Murder In The Zambezi reads like a thriller, except that it’s true, and the eye witness accounts and the memories of the families bring to life the horrific events of 40 years ago. The book includes historic black and white images; a glossary and a list of references and websites.