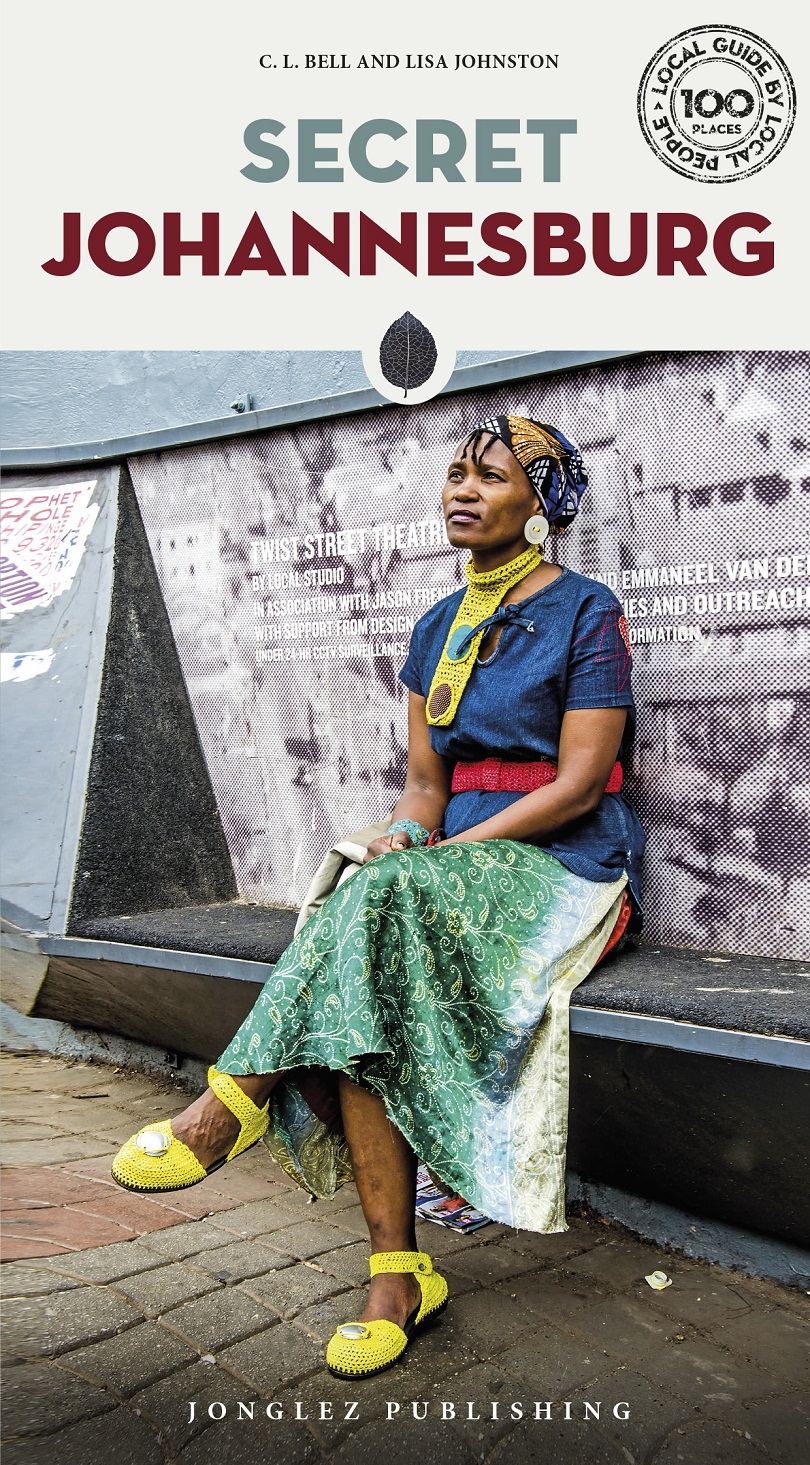 I lived in the then Transvaal(Gauteng) for many years and I thought that I knew Johannesburg well. It was a 40 minute train ride from where I lived on the West Rand or a couple of hopeful thumbs out if you decided to save your cash and hitch. Although I am familiar with some of the places in the book, there are other secret places, so secret that I didn’t know about them. Those that I knew about and are included in the book are the Melville Waterfall, before it became polluted, now restored, and the Iron Age furnaces on Melville Koppies where we spent many happy hours scrambling up and down the rocks; snowboarding on Kleinfontein Mine Dump in Benoni, where adrenaline junkies drive their 4x4s, ride scramblers and mountain bikes, and of course snowboards. But we used thick pieces of cardboard to slide down one of the mine dumps at Durban Deep. I knew about the Harvey Nature Reserve in Linksfield where Mahatma Gandhi used to meditate.

But there are many other secret places that I didn’t know about. There is a spaceship mast on the Anstey’s, one of the city’s most famous art deco buildings which was listed as a National Monument in 1995. Cecil Williams, MK veteran, actor and playwright lived there and Nelson Mandela posed as his chauffeur to travel round the country holding political meetings until he was caught in Howick on August 5 1962.

Windybrow is another secret place. In the 1980s it was home to a theatre for bohemians, politically aware citizens and where many black artists started their careers. It started as a home for Theodore Reunert in 1896, the man responsible for the electrification of Port Elizabeth and East London. It has had several makeovers and its future is now in the balance, according to the authors. The Department of Arts and Culture have ordered the management of the successful Market Theatre to take over. However, due to mismanagement in the past there is the small matter of the missing R66 million that the Hawks are probing.  I recall seeing one of Paul Slabolepsky’s plays being performed there. I thought it had been demolished a long time ago but it seems that the “Grand Old Lady” still has a lot of life left in her.

An interesting natural phenomenon is the magnetic rock, next to the 15th tee at the Observatory Golf Course. A coin will stick to it if you find the right spot. Incidentally the discovery of magnetic crystals in Muldersdrift led to the opening of West Wits Line, one of the richest gold mines in South Africa by Dr Rudolph Krahmann, who reasoned he could plot with pinpoint accuracy the main gold reef (gold had already been discovered). Which he did and the Evander, Klerksdorp and Free State gold reefs were the result.

There are many secret places in Johannesburg and beyond its borders including Braamfontein, Hillbrow and Fordsburg;  Downtown Joburg;  Sophiatown, the Parks, Houghton; Greater Joburg: Soweto North and West; Greater Joburg: Alex and East.

With a copy of Secret Johannesburg, an unusual guide in your pocket , you will see a side of Joburg you never knew existed. Anecdotes give life to the secret places.

On your journey of exploration you can visit an artesian spring in Alberts Kroon; Trevor Huddleston’s Cenotaph in Soweto; Enoch Sontonga Hill where it is believed he wrote Nkosi Sikeleli Afrika, if he didn’t you can imagine he did; you can see the only Messerschmidt 262 Jet Night Fighter in the world at the National Museum of Military History in Saxonwold and at Korsman’s Bird Sanctuary in Benoni, there are Pink Flamingos and other bird species making it a twitchers’ paradise.