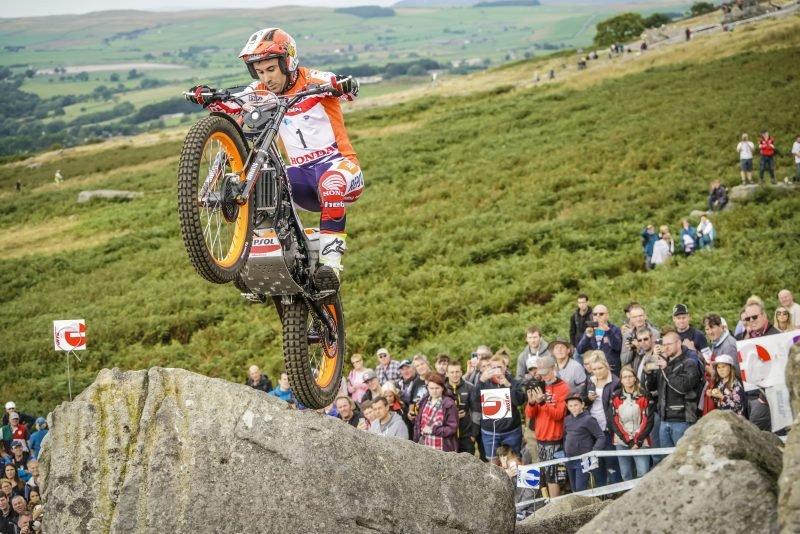 Overcoming injuries in the pre-season X Trial World Championship, Bou started off the season in style, winning the TrialGP Spain 18. He then went on to finish 4th / 2nd in Japan, but bounced back by winning the next four rounds. Worries of his injuries were unfounded as the Spaniard dominated the season, including his 100th Trial World Championship victory in Round 4, Portugal. Bou has won the championship with the final round, TrialGP Italy 18 to be raced on September 16.

Bou said that it was a very special day. “We knew that this race would not be easy and that we could not make any mistakes, and had to battle on even in the difficult sections. There were a lot of nerves and a lot of pressure, but there is nothing better than winning the world championship. I started this season with injuries, but I managed to overcome them. I thank the team, our sponsors, and all of my fans.”

Said  Yoshishige Nomura, HRC President, “I’d like to congratulate Toni for performing so well and winning the championship, despite his pre-season injuries. I’d also like to thank the team, our sponsors who have supported our racing activities, and trial fans worldwide, for helping Toni break his own record of 11 consecutive championship titles. HRC will continue conducting racing activities in a way that will bring excitement to motorsports fans.”

CAPTION: Up and over: Toni Bou on the way to winning is 12 consecutive title. Picture: Quickpic