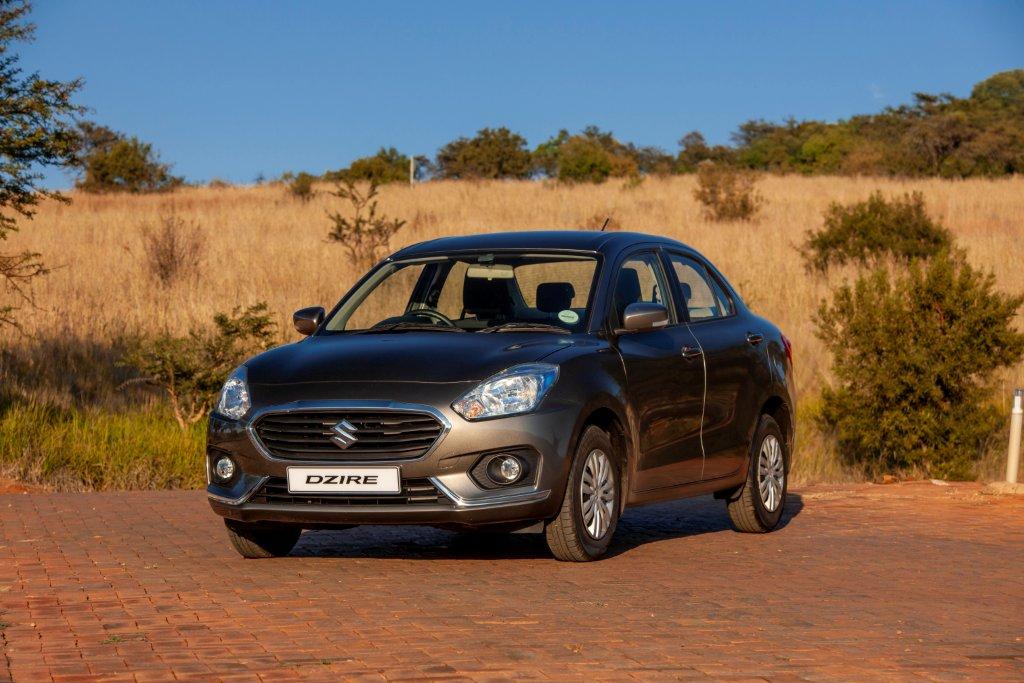 Brian Joss – A Streetcar Named Desire written by Tennessee Williams in 1947, received the Pulitzer Prize for Drama in 1948 in the Broadway stage play, and one of the actors in the 1952 film version, Vivien Leigh, won an Oscar for her efforts.

Incidentally she also won an Academy Award for her role in Gone With The Wind. Marlon Brando who co-starred with Leigh in “Streetcar” didn’t win anything but a bit later he received an Oscar for his performance in  On The Waterfront.

It wouldn’t surprise me if Suzuki’s  latest offering, the Dzire,  also picked up a few motoring Oscars. The Dzire has everything you could desire in a budget-priced car. It’s practical, fuel efficient, a big plus now that the price of petrol is going through the roof, and it handles well. All this for under R180 000.

The Suzuki Dzire 1.2 GL is now a standalone brand with new styling and a new platform.  The Dzire was first developed alongside the Swift to offer a more family oriented sedan. According to Suzuki it has become the most popular B-segment sedan in the world.  In South Africa Suzuki is also making its mark. In its monthly report for July the National Association of Automobile Manufacturers of South Africa (NAAMSA), showed that Suzuki set a new record when it reported 1 237 new vehicle sales, up from February when it sold 1

179 cars and SUVs. The detailed Naamsa statistics show that Suzuki has broken its own sales record four times since it breached the magical 1 000-unit a month mark for the first time in March 2017. The company also set a new record for the 2017 financial year, which was the first year it sold more than 10  000 units with total sales of 10  146 models, Suzuki SA said.

But back to the Dzire. Some of the design changes include large headlamps, a smooth polygonal grille with chrome detailing and below the integrated fog lamp area. Suzuki said the Dzire features a unique bonnet design, sharply raked A pillars and a smooth shoulder line that flows back from the middle of the front doors to the rear LED combination tail lights. This means an improvement of 18% in drag coefficient which helps to reduce cabin noise (in fact there wasn’t much in the Dzire) and improve fuel consumption.

Don’t think that the Dzire is a Swift with a boot: it isn’t. There are quite a few differences. It is available in three derivatives the 1.2 GA Manual; the 1.2 GL Manual (the test vehicle) and the Dzire 1.2 GL AMT (automatic manual transmission), which is sometimes known as clutchless manual transmission. It was reportedly developed for Formula 1 racing cars but now several manufacturers are fitting it to their products. In GL guise the Dzire gets rear air vents and an additional 12V socket; Suzuki’s audio system with Bluetooth and USB connectivity;  front fog lamps, colour-coded, electrically adjustable side mirrors and steering-mounted audio controls. It is also fitted with Suzuki’s high-grade upholstery. There armrest with integrated cup holders at the back can be folded down.

Suzuki has eschewed a touchscreen infotainment system, but it has a new instrument cluster with a multi-information display which is easy to use even while you’re driving. The GL has a tachometer, additional silver accents and premium white illumination. And the numbers are easy to read.

So how does it drive? the Dzire weighs in at a light 890 kg and as a result the normally aspirated engine is peppy indeed.  It puts out 61 Kw of power at 6 000 rpm and 113 Nm of torque at 4 200 rpm. The five speed manual transmission is smooth and precise, and it was a pleasure to use even in the slow-moving traffic we encountered. Although you won’t burn rubber at take-off the Dzire gets moving pretty rapidly. The Dzire cruises happily at the national speed limit and it had no problem tackling some of the more mountainous passes on my usual test route.

Suzuki claims fuel consumption of 4. 9 litres/100 km and I recorded figures of  just over 5.2 litres/100km. If you drive judiciously, and  don’t put foot and screech to a stop at the lights,  then 4.9 litres/100 km is within striking distance. The Dzire is built for comfort and the suspension easily sucks up the bumps and other road imperfections. However, I did experience some body roll around the bends when I was in a bit of a hurry. The seats are comfortable too, with solid support, and there is a good view of the road from the spacious cabin.

You don’t have the alphabet soup of safety features such as traction control or an ESC programme but you do have airbags for the driver and passengers and ABS.

Summing up,  the Dzire which has a price tag of R177 900 (check with your dealer) is just what it is: a family sedan with no aspirations. It is an honest car and doesn’t pretend to be what it isn’t. It will take you from A to B or on a long trip with the family without any hassle. If you’re looking for new wheels that won’t break the bank then the Suzuki Dzire ticks all the boxes. It’s also good value for money. All models are sold with Suzuki’s 5-year / 200 000 km mechanical warranty and a 2-year / 30 000 km service plan.