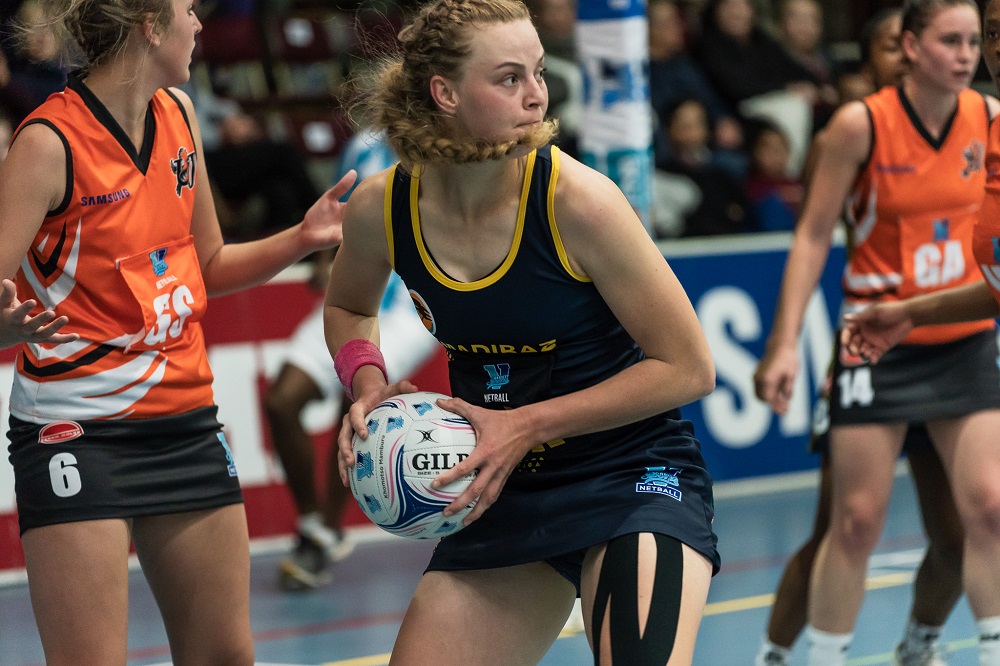 The SPAR Madibaz team are fully motivated to achieve their goal of reaching the Varsity Netball semifinals as they prepare for the next round of matches this weekend.

After four games, Madibaz are fourth on the log, three points ahead of UP-Tuks, whom they lost to on Monday following victories in their first three encounters.

Coach Lana Krige has been delighted with the team’s performances and said they were ready to embrace the challenges ahead.

“We are a really tight group of friends who are enjoying the game of netball,” she said.

“When we sort out the mistakes caused by not being patient enough it is going to be a very good thing to watch.

“The shooters are shooting better and better, and our players who have returned from injury are finding their feet and becoming comfortable with their positions in the team again.”

Krige drew many positives from the opening matches, even from the loss to UP-Tuks.

“I have been involved with many great teams and good players before, but this whole team has embarked on a very special journey,” she added.

“Tuks was a great experience for us all and everyone in the camp is still very determined.”

The Madibaz squad now enter a testing phase of the competition as they come up against some of the leading teams.

They travel to Stellenbosch this weekend for matches against Free State on Sunday and North-West University on Monday. Both teams are unbeaten and head the log on 20 points.

They complete their programme on September 24 against the third-placed Stellenbosch outfit.

Krige was undaunted by the prospect.

“Madibaz can take any team on any day,” she said. “We have our own style of play and we are learning to believe in it.

“North-West, Free State and Stellenbosch are all great teams, but we are well prepared for the matches.

“There is a real belief in our squad that we can compete with the best. Patience will be the key for us.”

With captain Jeanie Steyn and Nolusindiso Twani proving “inspirational leaders”, Krige said all the players were contributing to the Madibaz cause.

“The seniors are playing the ‘mother’ roles in the team and encouraging the juniors, while the newcomers have been our ‘Jack Russells’, so enthusiastic and fighting as if their lives depended on it.”

She added that their focus would remain on being a cohesive unit, with teamwork the bottom line.

“If everyone is not doing their part, we all lose. That is why we play, to help our friend next to us because in the next quarter I might need help against my opponent.

“This year, Madibaz is all about giving it your all and being the best you can be.”