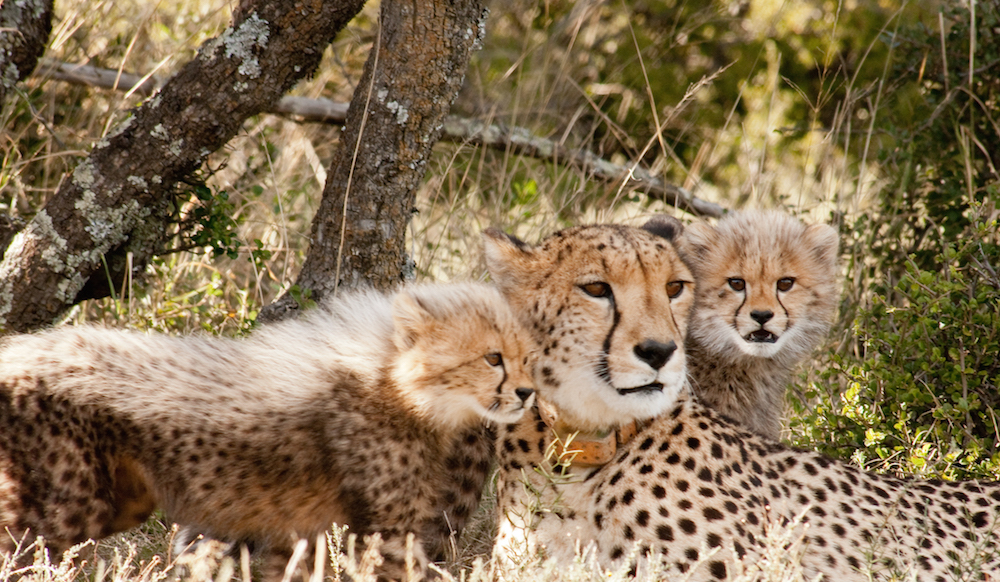 Spring, a season synonymous with new life, has seen Samara Private Game Reserve welcome a new litter of cheetah cubs into its family. The cub’s mother, Chilli, is the daughter of the legendary Sibella, whose story has been told worldwide, most recently in a National Geographic documentary, ‘The Miracle Cheetah’.

This is the second litter of cubs that Chilli has produced. The first litter was born in January 2017, and the cubs have grown up to be independent young adults roaming the Samara reserve, now hunting for themselves.

“The discovery of Chilli’s new litter was an exciting surprise,” enthuses Marnus Ochse, General Manager at Samara. He reveals that the litter – comprising at least two cubs – was spotted by one of the trackers while taking clients on a guided walk. “Chilli was moving the cubs at the time,” Marnus says. “Although it was a wonderful sight, the tracker didn’t want to distress the new mother, so he retreated to give her space.”

Marnus says that although the rangers are eager to see how mother and cubs are progressing, their plan is to give them time to settle before they try to spot them again.

Sibella’s Story: survival against all odds

Sibella was born a wild cheetah in South Africa’s North West province, and her life nearly ended at the hands of hunters when she was just two years old. Attacked by dogs that tore the flesh from her hind legs, she was violently beaten and locked in a cage. She was fortunate to be rescued by the De Wildt Cheetah and Wildlife Trust. Following her recovery and rehabilitation, Sibella was relocated to Samara, becoming the first wild cheetah back in the Great Karoo in 125 years.

During her lifetime, Sibella reared 19 cubs across four litters and was an exemplary mother. Sadly, she died in 2015 aged 14, after a clash with a duiker during a hunt which left her fatally wounded. A wonderful story of cheetah conservation – at the time of her death, her genes were present in 25 populations across South Africa. This latest litter ensures her legacy continues at Samara.

The Samara team will be keeping a close eye on the new cheetah cubs and will track their progress over the next few months and years.

Note : The attached images are of Sibella with her cubs – Chilli and Pepper

Award winning Samara Private Game Reserve is located on 70,000 acres of wilderness in the malaria-free Great Karoo, offering breathtaking views over the Plains of Camdeboo.

Samara Private Game Reserve is a passionate conservation undertaking – the leader in its area and a catalyst for change in the Great Karoo region of South Africa. The abundant land, which has been allowed to rest over a period of 20 years, preserves a complex and diverse ecosystem. Four vegetation biomes provide habitat for over 60 mammal species, including aardvark, elephant, Cape mountain zebra, giraffe, black and white rhino, buffalo, eland, gemsbok and cheetah to name but a few. Samara forms part of a greater vision – to create South Africa’s third largest protected area in a global biodiversity hotspot. The driving force behind this vision is the desire to preserve this irreplaceable part of South Africa’s natural heritage.

A maximum of 26 guests stay in two, five-star luxury lodges: Karoo Lodge – a renovated farmstead overlooking an amphitheatre of mountains and The Manor – a luxury villa with private pool, chef, butler and ranger that can be booked exclusively or by private individuals.

To find out more about what Samara has to offer, visit www.samara.co.za or contact reservations@samara.co.za for booking enquiries.

Caption: Siberia with her cubs – Chilli and Pepper