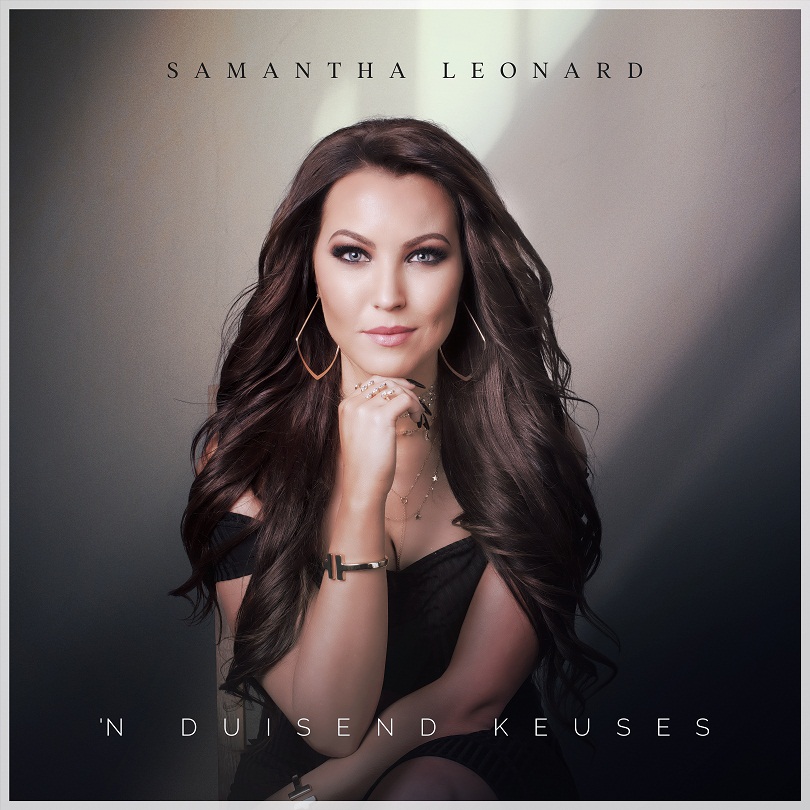 ’N DUISEND KEUSES is a very personal song, which constantly reminds me why I fell in love with singing in the first place and how it inspires and makes me feel; that I did not choose music, but that it chose me. It is who I am and the only motivation I have to continue following my dreams. It is huge honour to share my story with the world through music,” reveals Samantha Leonard about her first single, which has just been released.

Listen to a teaser of the song here:  https://soundcloud.com/starburstpromotions/dk-teaser

This Afrikaans pop song, written by the artist herself and produced by Hugo Ludik and Vaughan Gardener from Muse Studios, tells the story of her career so far and the choices she had to make to get where she is now. Her strong and versatile voice complements the honest lyrics and catchy tune of the song, which remains in your head long after hearing it for the first time.

“The single is a reflection of my heart and where I am in life. I sing about all of the obstacles that I had to overcome and how I stood strong against all odds. It is important to me that the foundation of my album reveals who I am, as an artist and person, and what I believe in,” the star explains. “We are confronted with thousands of choices in life and it is our responsibility to make the right decisions, because they determine our future. Sometimes we make the wrong ones and get hurt by them, but that is part of the learning curve and how we learn to get up and try again.”

She does not want to reveal too much about the music video, which is planned for later this year, but says that it will reveal more about the battles she had to fight in her career and life. “The concept of the video was inspired by the lyrics of the song and takes you on an emotional journey through wanting to give up, to fighting back and achieving success,” she says.

’N DUISEND KEUSES is also the titular track of her debut album that will be available soon. This is something that fans have been looking forward to since the moment that Karen Zoid turned her chair during the blind auditions of the second season of the reality program, The Voice SA. The album boasts a striking combination of upbeat dance tracks and meaningful ballads, which perfectly showcases the singer’s unique vocals and style. It is something that audiences of all ages will be able to relate to.

Samantha grew up in Kimberley and have been singing since she was three years old. She always knew that she was destined to be a singer. Because there was always music playing in their house, she believes that this is where her love and passion for the industry was cultivated. In high school, she played the lead in various stages productions, including Fame, Back-to-the-80’s, Gospell, Alice in Wonderland and Cabaret Girls. At the age of sixteen, she released her first album, called Breakthrough. After school, she moved to Cape Town to study music full-time at COPA (Campus of the Performing Arts), where she obtained her NQF2 certificate in Piano, as well as a NQF3 qualification in Vocal Presentation.

During the fifteen years that she has been involved in the music industry, she has taken part in competitions like Spontaan 2009 and the Up-Stage Singing Competition, which she both won. The latter also opened a few doors and presented her with the opportunity to be part of several Barnyard productions such as Rocking All Over The World, Final Countdown and Special Stars. The singer also had the opportunity to perform at the Abu Dhabi in 2012.

She credits being a contestant on The Voice SA 2017 as one of the biggest highlights of her career. Her rendition of Jessie J, Nicki Minaj and Ariana Grande’s hit, Bang Bang, earned her the coveted four-chair turn during the blind auditions and she ended third in the competition, which kick-started a brand new phase of her career. In 2017 and 2018 she joined forces with Thembeka Mnguni, from season one of the program, for a theatre production called The Divas. “The show consisted of various powerhouse songs by Mariah Carey, Whitney Houston, Brenda Fassie, Mango Groove, Édith Piaf and more, which truly showcased our vocal abilities. It challenged me to give my best every time,” she shares.

Corlea Botha is one of Samantha’s biggest vocal inspirations and someone with whom she would love to work someday. If she had to pick a different career, she would have liked to be an actress because she enjoys playing different characters. “I like being able to put myself in someone else’s shoes and to see and experience life through their eyes. It teaches me appreciate things more,” she says.

The star’s main goals in life are to make music and to motivate those around her. She believes that you should not rely on others to make your dreams come true, because only you can turn those dreams into a reality. When she is not on stage, promoting her new album, she is at home creating new material for her second release.

Samantha Leonard’s firs Afrikaans single, ’N DUISEND KEUSES not only shows off her talent as musician and songwriter, but is also an indication of the bright future that awaits her in the South African Music Industry.