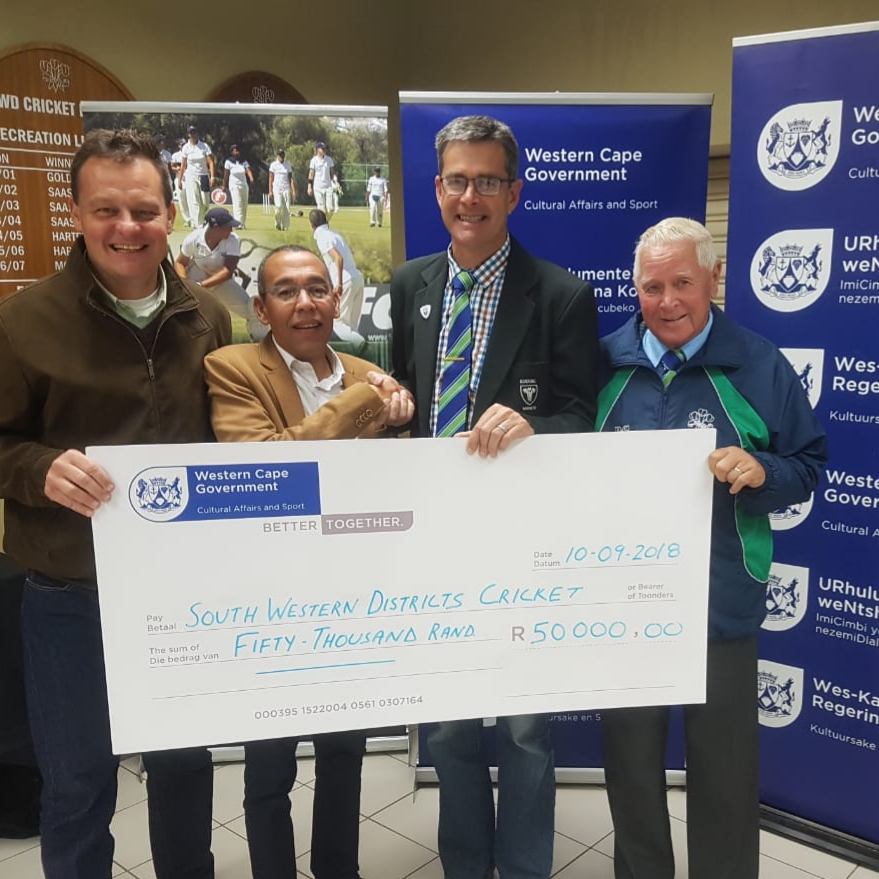 The Western Cape Department of Cultural Affairs and Sport availed R50,000 via its Major Event funding program for this weekend’s Africa T20 Cup that will be hosted by SWD Cricket at Oudtshoorn.

SWD Cricket will host pool B of the competition and matches will be played at the Recreation Ground and the Bridgton Sports Grounds.  The home team, SWD, together with Free State, Gauteng, Northerns and Zimbabwe will contest for the honors in pool B.