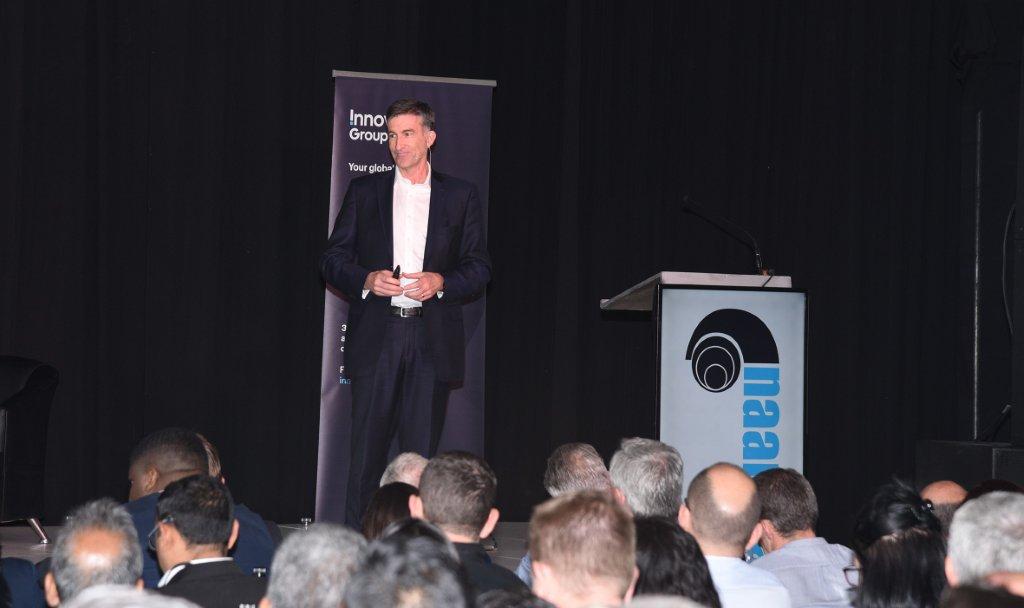 Brian Joss – Andrew Kirby, chairman of the National Association of Automobile Manufacturers of South Africa (NAAMSA) and president and CEO of Toyota SA Motors, says he is confident that the local motor industry will overcome its major challenges and that the industry will grow substantially into the future.

He was addressing delegates at the NAAMSA Automotive Conference at the Festival of Motoring at the Kyalami Grand Prix Circuit and Conference Centre recently.

This well-attended and very important conference, held in association with the Innovation Group, took place on the first day of the three-day Festival of Motoring in the AutoTrader Tech Zone. The theme of the conference was “Paths to the future” and a wide-ranging spectrum of speakers gave insight into many topics and focus areas that are highly relevant to the rapidly changing face of the global and local motor industries.

He said that the South African motor industry is undergoing its biggest disruption since the introduction of the Motor Industry Development Programme (MIDP) in 1995, when the country exported only 11 000 vehicles and imported 20 000, to the situation today where it is projected that production this year will total 609 000 vehicles and exports 340 000 units.

Kirby added that the market was changing fundamentally, driven by rapid technological developments in vehicles and the growth in digital media applications which were affecting customer behaviour as well as the overall automotive business environment, both wholesale and retail.

“Increasing exports into other African countries is a vital part of growing production volumes,” explained Kirby. “Increasing motorisation on the continent through a growing middle class is a key which could lead to the African market expanding from the current 1.2-million new cars and commercial vehicles to 2-million vehicles in 5-10 years. However, a big obstacle to new vehicle sales growth is that many countries in Africa permit the importation of thousands of used vehicles. Fortunately, there are moves to curb this trend in the interests of growing the motor industry in several African countries.”

When discussing the infrastructural challenges faced by the local industry, Kirby said that one of the most important was the introduction of cleaner fuels, which will permit the importation of cleaner burning and more fuel-efficient engines. Most African countries still permit fuels to be sold which only meet requirements for Euro 2 or 3, at a time when many countries in Europe already require engines to meet Euro 5 or 6 standards.

Paved roads are another aspect of infrastructure that requires urgent attention when growing the vehicle market in SA, according to Kirby.  He explained that only 21% of roads in SA are paved, amounting to 154 000 km with a further 140 000 km of roads in the planning stage but few new roads being built.

He added that ports and the rail network are other infrastructural aspects requiring attention if the SA motor industry is to become globally competitive and producing a million or more vehicles a year.

Kirby was also adamant about the need for making the motor industry far more inclusive through empowerment and training initiatives in both down- and up-stream operations.

“Despite the many challenges we face, there is an air of optimism among all members of the South African motor industry regarding the aspirational vision of the upcoming Automotive Masterplan as the path to the future,” concluded the NAAMSA chairman.

Many impressive statistics came out of the presentation by Econometrix’s Jeffrey Dinham on the economic and socio-economic impact of the SA automotive industry. For instance, he extrapolated the industry’s contribution to GDP as 7.7% with direct and indirect impact (R277-billion) amounting to 7.1% and the extra 0.6% coming from the induced impact of motor industry employees’ spend, underlining the importance of the automotive sector to the overall economy.

Dinham added that the motor industry was the third biggest spender in SA after government and construction, while direct and indirect employment was estimated at 468 000 people.

He said that the automotive industry is currently the fifth largest exporting sector in SA with exports valued at R271-billion, which equates to a 16.2% share. The value of built-up vehicles exported amounted to R118-billion in 2017, while catalytic converters continue to make a big contribution to the total automotive exports as they account for 10% of global demand.

The economist also revealed that the automotive industry makes a significant contribution to corporate social investment in South Africa, with the seven OEMs spending 2.4-billion on CSI projects over the past three years.

The importance of growing automotive export markets into Africa and building up the continent’s motor industry was reinforced by Mike Whitfield, the vice-chairman of the African Association of Automotive Manufacturers (AAAM) and managing director of Nissan SA, as well as in presentations by experts on the subject by Dr Alec Erwin, and Dr Martyn Davies.

After leaving government, Erwin has taken on a number of other tasks, including being a member of the Nigerian Presidential Investment Advisory Council and a Special Advisor to the United National Industrial Development Organisation. This wide-ranging experience made him very well qualified to talk on the subject of “Africa in 2018 – the outlook and impact on the automotive sector.”

Davies is another person well-schooled in the needs and potential of Africa for the automotive industry, in his position as a Partner and Managing Director of Emerging Markets and Africa at Deloitte. He is currently working closely with the AAAM and returned recently from another fact-finding visit to Nigeria.

The overall message from the NAAMSA Automotive Conference is that the South African motor industry is on the cusp of another growth spurt at a time when the global automotive environment is undergoing its biggest upheaval in more than 100 years.