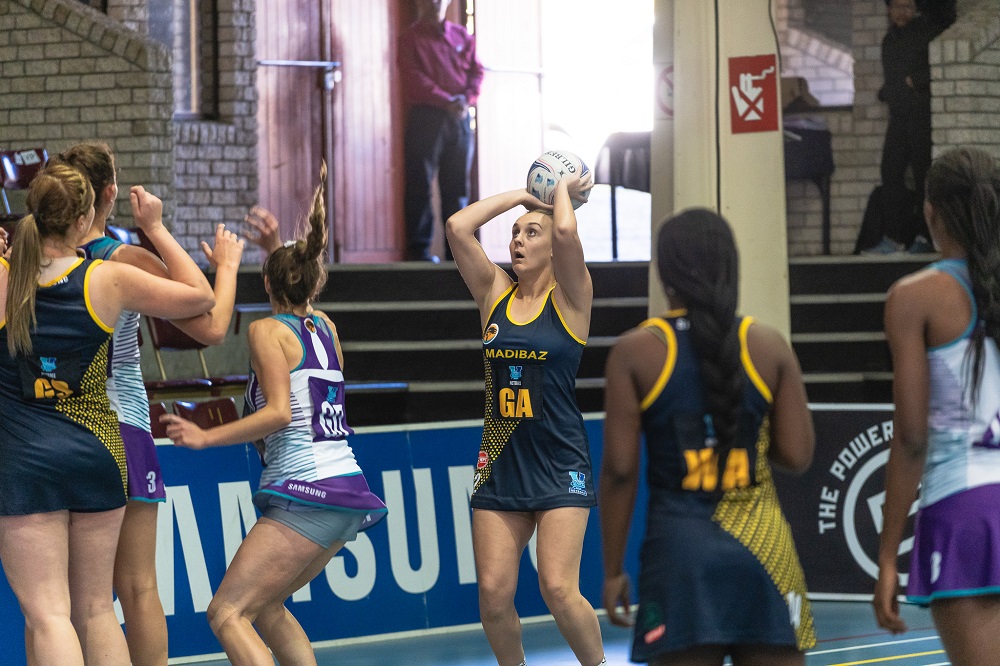 The SPAR Madibaz team enjoyed one of their most notable periods in Varsity Netball when, for the first time, they defeated both Free State University and North-West University in one season.

Coach Lana Krige said she was delighted with the team’s performances on Sunday and Monday as they stayed calm under pressure to beat Free State by a single point and North-West by two points.

“Previously we would beat Kovsies [Free State] and then lose to Pukke [North-West], or it would be the other way round,” she said.

“So the big thing for me was that it happened back to back – in that sense it was really great.”

The tense wins have left the Nelson Mandela University outfit third on the log, but they are not yet assured of a place in the semifinals.

The top four after the league phase will be decided in the final round of fixtures which will be played on September 24, due to the World University Championship which takes place in Uganda next week.

After six rounds the teams are closely bunched at the top of the log, which is headed by Free State on 26 points. Stellenbosch follow with 24 points and Madibaz have 22 points.

The next two teams, UP-Tuks and North-West, both have 21 points and are still in the running.

The final round of fixtures will see Madibaz hosting Stellenbosch, Free State at home to North-West and UP-Tuks against University of Western Cape in Pretoria.

Krige said there were a number of positive developments in the team’s play which had helped them reach third on the log.

“For example, Jeanie Steyn and Hlumisa Sitonga are returning to form after being out with injuries. Hlumisa has only just resumed playing in Varsity Netball and she is finding her feet while Jeanie was also out for a long time.

“Furthermore on attack our timing was there and this is a result of us following a theme of trying to fix our weakest link.”

While they had undergone strict training regimes with a number of experts, Krige said it was their mental preparation which had been vital to their success.

“We have a ministry team who work with the girls and it has been phenomenal.

“Six of the girls were baptised on Saturday and that sort of situation flows through to their game, because if you are not feeling worthy off court it’s difficult to feel worthy on court.

“Similarly, I spoke last week of our need to be patient and if you aren’t patient in your life you are not going to be patient on court. But everything is coming together at this stage.”

Krige said since all the teams in the competition worked hard for their success it was about getting the minor details right.

“I don’t want to say we work harder than anyone else and at this level it’s all about doing the small things properly. It really boils down to who can keep their head under the pressure of match-day.”