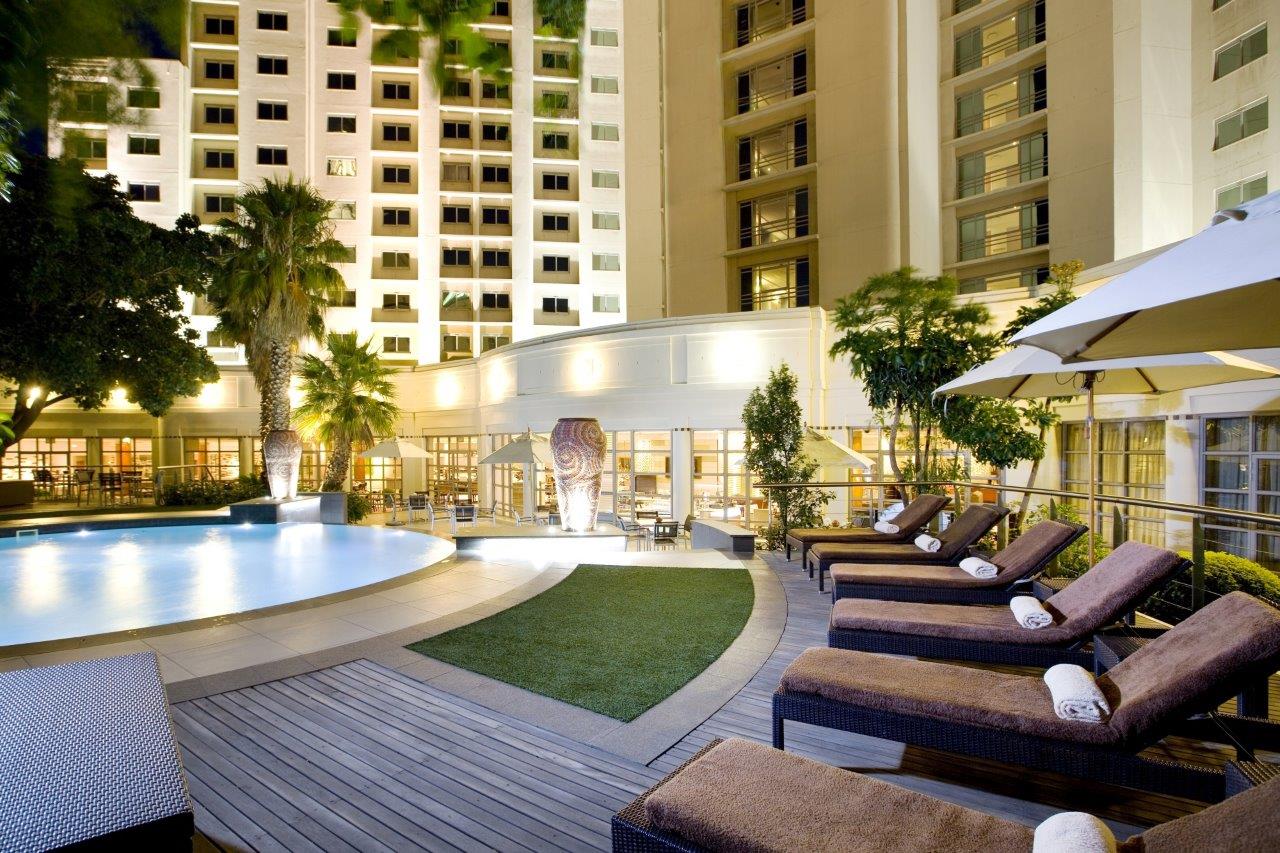 Southern Sun Waterfront Cape Town opened as Holiday Inn Waterfront Cape Town in July 1998, and The Cullinan opened a few months later that year. John van Rooyen, Tsogo Sun Operations Director – Cape Region, says, “We’re celebrating both birthdays in September as it falls between the hotels’ actual opening months, but more importantly, it is Tourism month, and our hotels have always been an integral part of the city’s excellent tourism offering.”  Tsogo Sun’s contributions to the local tourism industry include partnerships with major cycle tours, marathons, and cultural events such as the Cape Town Carnival, Cape Town Cycle Tour and Two Oceans Marathon.

Southern Sun Waterfront Cape Town has 537 rooms and Southern Sun The Cullinan, 394 rooms, representing a significant proportion of Tsogo Sun’s total 2,000 rooms across its six hotels in Cape Town’s city centre, including the Southern Sun Cape Sun, SunSquare and StayEasy Cape Town City Bowl and SunSquare Cape Town Gardens. Both hotels boast magnificent views of Table Mountain and the harbour and have always provided a wide range of world-class amenities and facilities to meet the needs of business and leisure travellers, local and international, ensuring them a home away from home.

Southern Sun Waterfront Cape Town was newly built in 1998, while The Cullinan, named after the largest diamond ever found, was originally opened in 1998 and then acquired by Southern Sun from Liberty Group Limited in 1999 and relaunched as Southern Sun The Cullinan.

Both hotels have undergone significant refurbishments over the years as part of Tsogo Sun’s philosophy of continuing investment in all its properties. Says Ravi Nadasen, Tsogo Sun’s COO of hotels, “The group has always maintained a vested interest in our hotels and is committed to ensuring that they remain relevant, fresh and internationally competitive. The aesthetic appeal and the offerings at our hotels are key to our efforts to consistently deliver great experiences for our guests.”

Food and beverage at both hotels has also always been of an exceptional standard. The original restaurant at Southern Sun Waterfront Cape Town was a MacRib Family Restaurant and at Southern Sun The Cullinan, it was Kelseys Grill & Fish. Today the offerings have evolved to include Southern Sun Waterfront Cape Town’s elegant Yizani restaurant, which has a menu to suit contemporary trends and tastes, featuring South African and international cuisine, and the Peach Tree Restaurant at Southern Sun The Cullinan, which offers an interactive dinner buffet with emphasis on Cape Malay fusion dishes. Both hotels’ restaurants also now serve a spectacular Sunday Lunch which is a favourite for family and other special celebrations. Southern Sun Waterfront’s Pool Bar will also be offering a gin and sushi pairing experience every Wednesday from 5pm – 7pm, while Southern Sun The Cullinan’s Stella Café & Bar, which serves drinks and dishes from a tapas menu around the magnificent pool will be launching their Stella Sessions open wine concept every Friday from 5pm – 7pm.

Through the decades, the hotels have been proud hosts of global sports stars, celebrities, musicians, business leaders, politicians, and even royalty, including the king and queen of Greece, King Constantine II and Queen Anne-Marie, UB40, Watershed, Prime Circle, Chadwick Boseman of Black Panther and Avengers fame, Idris Alba, The Script, and local leading lights such as Winnie Mandela, Mi Casa, Loyiso Bala, Johnny Clegg, and many others – many of whom are regular guests.

The hotels’ evolving history has also seen them develop strong partnerships with leading South African sports groups, which include, amongst others, Team Dimension Data for Qhubeka World Tour cycling team and SA Rugby – with the national Springbok team and SA Rugby hosted at Southern Sun The Cullinan, and the Sevens, Women’s, and Junior Springbok teams staying at Southern Sun Waterfront Cape Town. Says van Rooyen, “The hotels are extremely proud of their ties to leading South African sports teams and always pull out all the stops to ensure their stays with us are excellent, which includes developing special menus and dishes according to their requirements.”

Van Rooyen says, “Twenty years might be just a blip in the city’s overall history – but it is well worth celebrating, by looking back over our successes and achievements, our triumphs through tough times, and recommitting ourselves to even better performance in the years to come. Our celebration month is an absolute highlight for both hotels.”

The 20th anniversary celebrations in the hotels will give guests extra treats through the birthday month, with selected dishes and drinks being offered at special prices over the Heritage Day long weekend.

A cocktail party for key stakeholders in the tourism and hospitality sector and in local government, including Cape Town Deputy Mayor, Alderman Ian Neilson, media, local celebrities, and special guests set the celebration ball rolling on 5 September. It was held at the Southern Sun The Cullinan hotel, which was transformed into a festive art gallery, with installations and hotel memorabilia, food and drinks tasting stations, live music, and a sparkling atmosphere of congratulations.

Nadasen congratulated the hotels. “We’re extremely proud of what these hotels represent, not just to the city of Cape Town and its thriving tourism industry, but to the group. They have steadfastly set a high benchmark in their service delivery and both consistently delight guests with warm smiles and the extra touches that bring people back. Well done to the staff of both hotels, both now and over the decades. We look forward to many more stellar moments from them in time to come.”