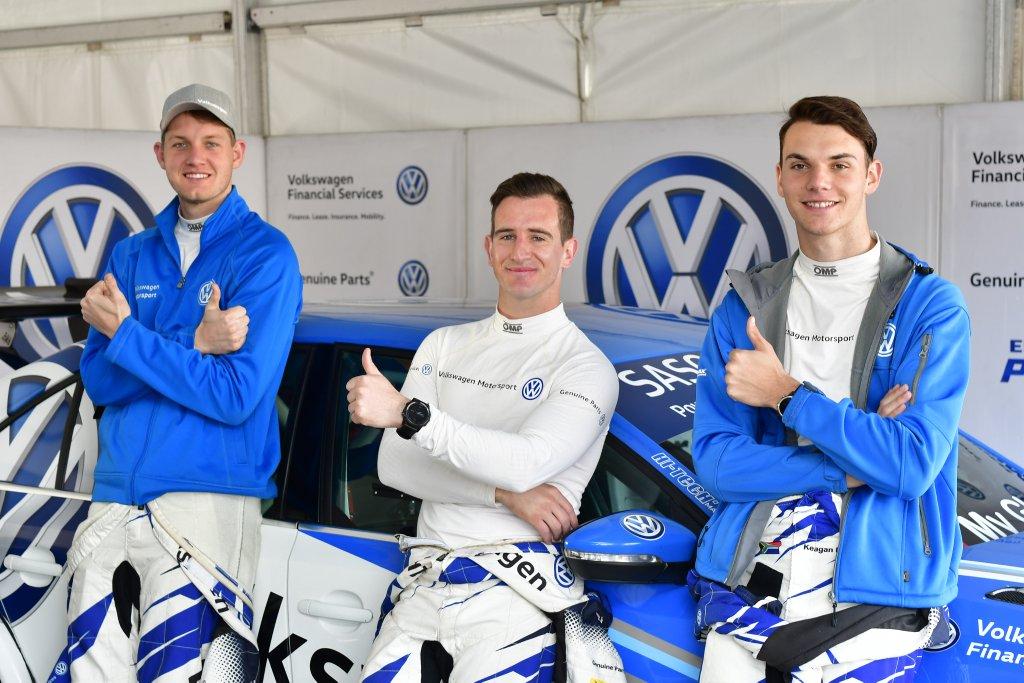 Brian Joss – When the Sasol GTC Championship last visited Cape Town’s Killarney Raceway in April, the team earned three wins from four starts, a feat they aim to replicate on September 22 when the championship visits the coastal circuit for the second time.

Daniel Rowe powered his Volkswagen Motorsport Jetta GTC to his maiden win in the GTC Championship, which unleashed a successful streak of three victories in four rounds.

“We showed at Kyalami that we have the pace to race at the front. We have the car and the package to challenge for pole position and win races, as I did in April. Volkswagen has been successful around the world in every category in which it has competed. The World Rally Championship, World Rallycross, Dakar and Pikes Peak have all been won by Volkswagen; it’s time the GTC team joins the roll of honour, starting at Cape Town.”

Keagan Masters left Cape Town with excess baggage in the form of two first-place trophies after racing to a double win in his GTC2 Volkswagen Advanced Driving Golf GTi and took the lead in the front-wheel drive class, which he has held since then.

“It will be a tall order to score two wins this time around. In April, the new slick tyres were still a challenge but now everyone knows how to get the best from their tyres and set-up so I’m expecting very close racing. I don’t have to put myself under unnecessary pressure with the lead I have.”

Mathew Hodges, in the second Volkswagen Motorsport Jetta GTC was buoyed by his first podium of the year at Kyalami at the beginning of September and is firmly targeting climbing a higher step of the podium.

Adrian Wood is on a roll, having raced his Kyocera Volkswagen Golf GTi to three second-place results from his last four races. “It’s been going really well lately which is good for my confidence. I’ve taken a massive step forward over the year I have just one more step to climb! Killarney has big braking areas which is one of my strong points. I’m looking forward to a competitive weekend.”

Volkswagen Motorsport Manager Mike Rowe said: “The team has worked really hard to get all four cars race ready. We have analysed the data and by all accounts we will have a very fast car. We’re looking forward to the Cape Town races.”