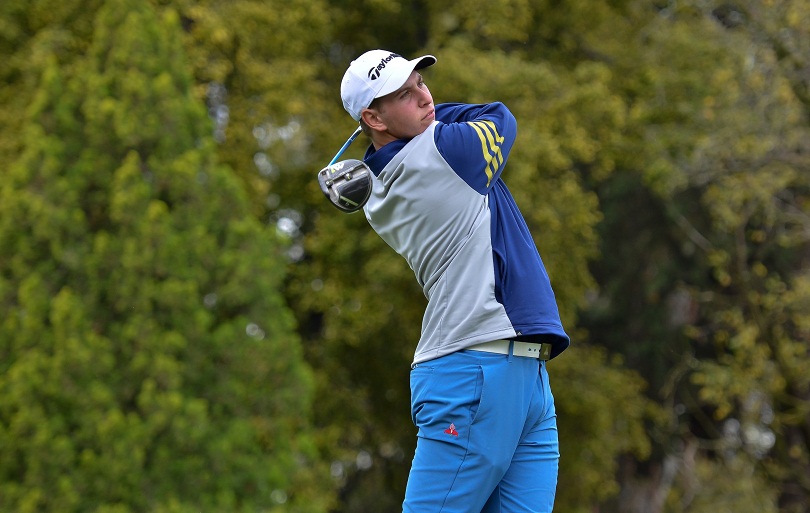 GEORGE, 19 September 2018 – A fifth straight victory in Wednesday’s weather-hit third round at the 58th South African Inter-Provincial Tournament, sponsored by Tempest Car Hire, cemented Western Province as the frontrunner in this year’s B-Section battle for promotion.

Heavy rain swept across the Southern Cape coast line and a gale force westerly wind that pounded the Ernie Els Els Signature Course at Oubaai Golf Club caused play to be suspended from 12h50 for more than two hours.

Targeting a return to the A-Section after last year’s relegation, Western Province is in a very strong position at the top of the log with 10 points.

North West beat Limpopo 9 – 3 and drew 6-all with Eastern Province to overtake Boland for second, but the side lags three points behind Western Province.

“The guys acquitted themselves brilliantly in very, very tough conditions,” said Western Province manager Carl Potgieter. “The foursomes went very well for us again, and laid a good foundation for us to build on and we knew we only needed 3.5 points to secure the win.

“We got relegated last year on games count, so building our games points tally has been a big priority this week. The youngsters really came to the fore again.

“Ayden Senger played some great golf to get his first singles win of the week. Sam Simpson and Tyran Snyders both played extremely well to win and Neswill Croy continued to impress. He has been a real fighter, batting at number eight and getting us that first important point in the singles in every match. Luca Filippi halved against Andre van Heerden to take us to 7.5 points.

“So far, every player on the team has stood up to be counted and we will bring that same spirit to the final round. We’re not counting our chickens just yet. It’s still business as usual.

“Depending on what the weather does tomorrow, we might go to the beach or the movies after some time on the range. By tomorrow night we’ll know what we need to do to win and we’ll strategize accordingly. We’re doing it for the team and the Disa.”

Boland – the joint champions with Western Province in 2012 – sat out “Hurricane Hilda” at Dutton’s Cove in Herolds Bay on their day off, but kept a close eye on the action at Oubaai.

The only team with an outside chance of beating Western Province for the coveted promotion, Boland must beat Mpumalanga and Limpopo with clean sweeps in their three-way bout on Thursday to bank eight points in the tournament and boost their games points tally.

Not only will they need another decisive victory against Border in the final round to make it happen, but North West has to stop the Western Province Express on Friday, as well.

The odds are against them, but in match play, stranger things have happened.