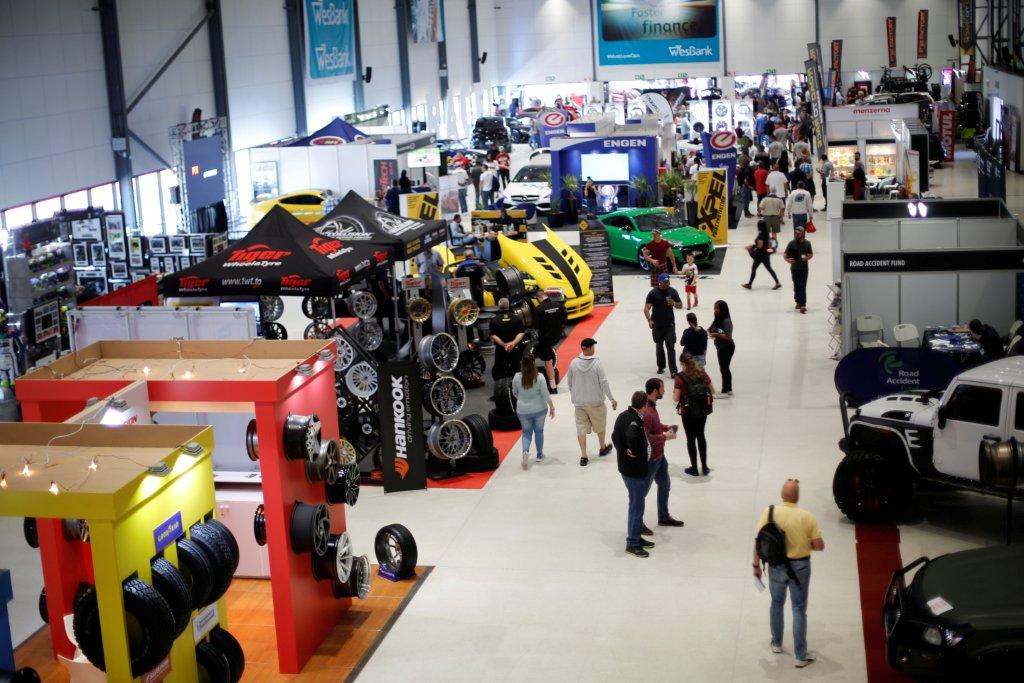 Brian Joss – The 2018 Festival of Motoring presented by WesBank boasted a record attendance and thrills for show visitors at annual motoring extravaganza.

The third annual  Festival of Motoring, at the Kyalami Grand Prix Circuit, held from the 31 August to 2 September,  proved bigger and better than ever before drew 67 218 visitors over the three public event days with 27 motoring brands represented.

Continuing its success from 2017, which saw 57 000 visitors through the gates, the 2018 Festival of Motoring provided a plethora of interactive motoring entertainment with even more additional lifestyle, education, track content and family-friendly activities. The broader appeal paid dividends with visitor numbers increasing by 18%.

One of the major successes was the increased number of participating brands with a variety of new and exciting models featured at the event. A consistent highlight of the Festival of Motoring since its inception is the opportunity for visitors and motoring enthusiasts, both young and old, to not just view static displays, but to jump in, experience and drive the latest vehicle models. Returning visitors welcomed the increase in the number of test drives available on the Grand Prix Circuit, as well as on the dynamic Handling Track and the Puma Energy 4 x 4 Village. This interactive experience allows motoring brands to get visitors into cars and experience the features and performance of the various models.

The 2018 show also featured a host of new content ranging from the very first automobile in South Africa to the latest GT race cars and Supercars.

Historic race cars and motorsport legends added to the mix of sound and speed during various track sessions. Racing legend Sarel van der Merwe was ever present at the event and made a number of on-track appearances as the Grand Marshall of the Festival of Motoring.

National Motorsport adds to the entertainment Both the Sasol GTC Championship and Investchem Formula 1600 series races took place at the event as part of their national championship. Both series offered show visitors an exciting display area with the racing cars on show and with the races held on the circuit over the three days.

Another feature for this year was the addition of various activations focused around family entertainment. Kid’s play areas, picnic areas and added catering areas assisted in creating the festival atmosphere to the event. A strong focus was also placed on the motoring accessory and aftermarket industry adding variety to available retail options for the consumer.

The NAAMSA Automotive Conference in association with The Innovation Group, was extremely well attended with industry-leading speakers such as:  Andrew Kirby, chairman of the National Association of Automobile Manufacturers of South Africa and president and CEO of Toyota SA Motors, Mike Whitfield, the vice-chairman of the African Association of Automotive Manufacturers and Johan de Nysschen, who has held positions at four premium brands – BMW, Audi, Infiniti, and Cadillac as well as many other top industry professionals. Lionel October stood in for Dr Rob Davies, the Minister of Trade and Industry, who was to be a keynote speaker, but had to leave for China with President Ramaphosa and a trade delegation for a State and Business mission.

Based on the rapid changes in the motoring industry around future mobility, the Tech Zone proved to be a popular addition to the 2018 event. This important element will be expanded on in 2019 to assist in educating consumers on a fast-evolving industry.

The success of the show is dependent on the support of the industry, show partners and sponsors. “We wish to thank all the exhibitors, sponsors and partners for the support given in 2018, most importantly we would like to thank each visitor for attending the show” said Shaun Swart, Festival of Motoring Show Director.

The Festival of Motoring 2019 will again take place at the Kyalami Grand Prix Circuit from the 23-25 August.