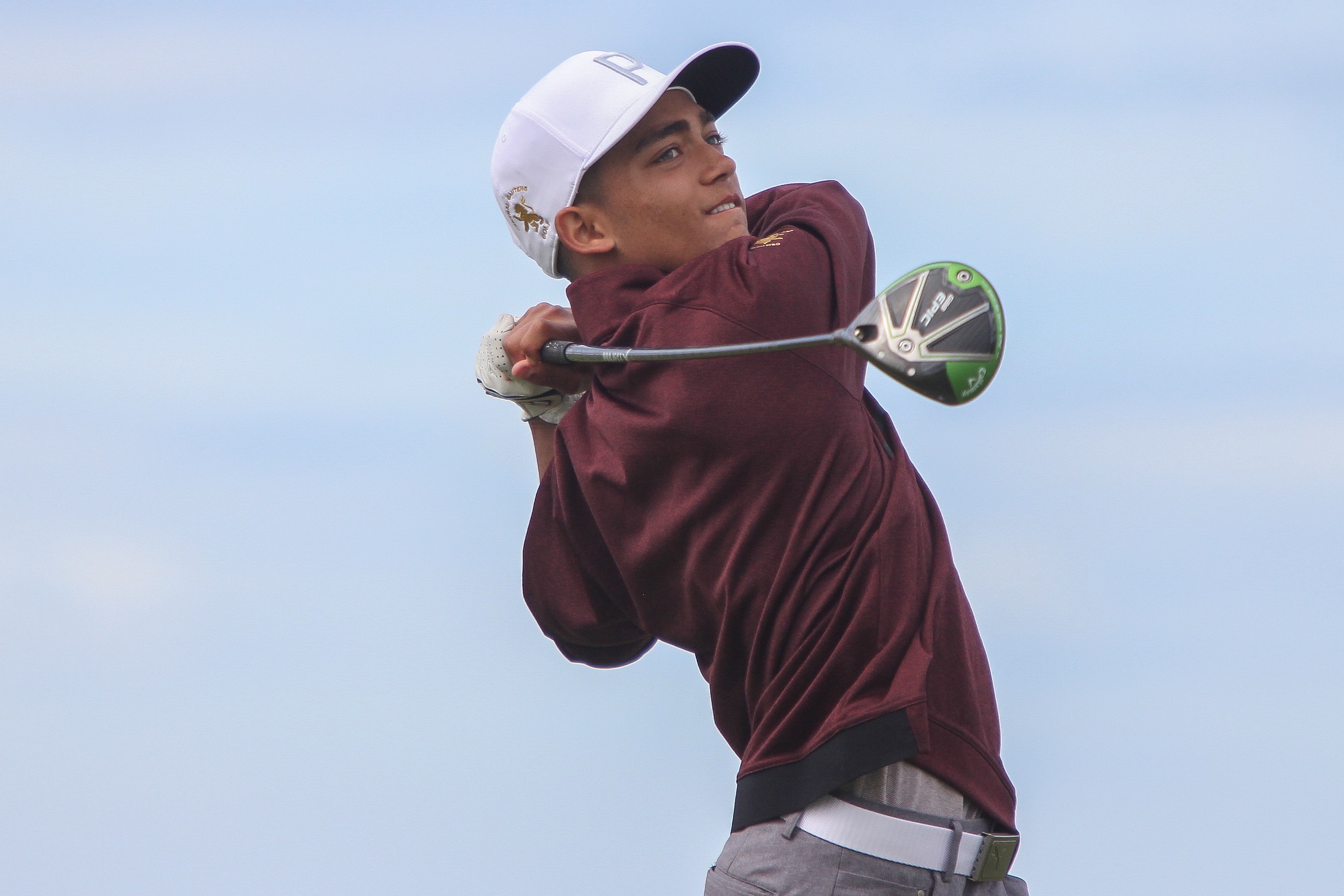 Buoyed by back-to-back wins against Free State and Gauteng North, the Lions battled bravely to defeat Ekurhuleni 7 – 5 and keep the top spot in the standings on six points.

“The conditions were brutal and the organisers were forced to suspend play at 12h50 due to the high winds. We were up half the night with a very sick player, Keelan van Wyk, and the weather and suspension put even more pressure on the players.

“We fought really hard in the foursomes to win three of our matches and that gave us some good momentum to take into the singles. We had three matches on the first hole when they suspended play. So when play resumed at 15h15, we knew that any matches not through 9 holes would be halved, and the status of any singles matches that had gone through 9 holes would stand as the result of the match when play was called for the day.

“It’s always a close match between Ekurhuleni and ourselves, and I just told the guys to keep their composure. The guys did really well under the circumstances.”

South African Golf Development Board player Cole Stevens, who will head to Argentina for the Youth Olympics in two weeks, once again started Central Gauteng on the right footing in the singles.

“Cole at the bottom did really well to get us our first win,” said Du Plessis.

“Keelan was just not up for the fight with his stomach bug and Reece Haikney, who was 3-up at one stage, lost to Ryan van Velzen at the last hole. Darin de Smidt was 3-down to Saul Moss, but he got us a very important halve that turned out to be crucial in the end.

“Ryan Dreyer and Sam McKenzie went out there and played really, really solid. Sam was3-up on Yurav Premlall and Ryan beat Brandon Gildenhuys 1-up. After Karabo Mokoena lost 1-down to Casey Jarvis, Ruan Botha, at the top of the order, was just really solid and got us the other crucial halve against Aneurin Gounden for a 7 – 5 win.

“It was a really tough day out there for everyone and conditions were about as extreme as I’ve experienced at an inter-provincial. We are pretty stoked with the win. If they offered us 4-all after the foursomes, we would have taken it.

“We are going in unchanged tomorrow against KwaZulu-Natal. We know the type of side that they are and we won’t take anything for granted. They have quality players and they are a quality team. We will continue to do what we’ve done for the last three days, playing the percentages and trying to get the better of our opponents.”

Southern Cape, meanwhile, lost two matches and halved two to start the singles on the back foot, but the host union rallied in the singles to draw 6-all with KwaZulu-Natal. The Garden Route side held on the second spot in the log on five points.

KwaZulu-Natal is third on four points, while Gauteng North beat Free State 8.5 – 3.5 to move to fourth on three points. The Daisies will tussle with Southern Cape and Ekurhuleni will take on Free State in Thursday’s fourth round.