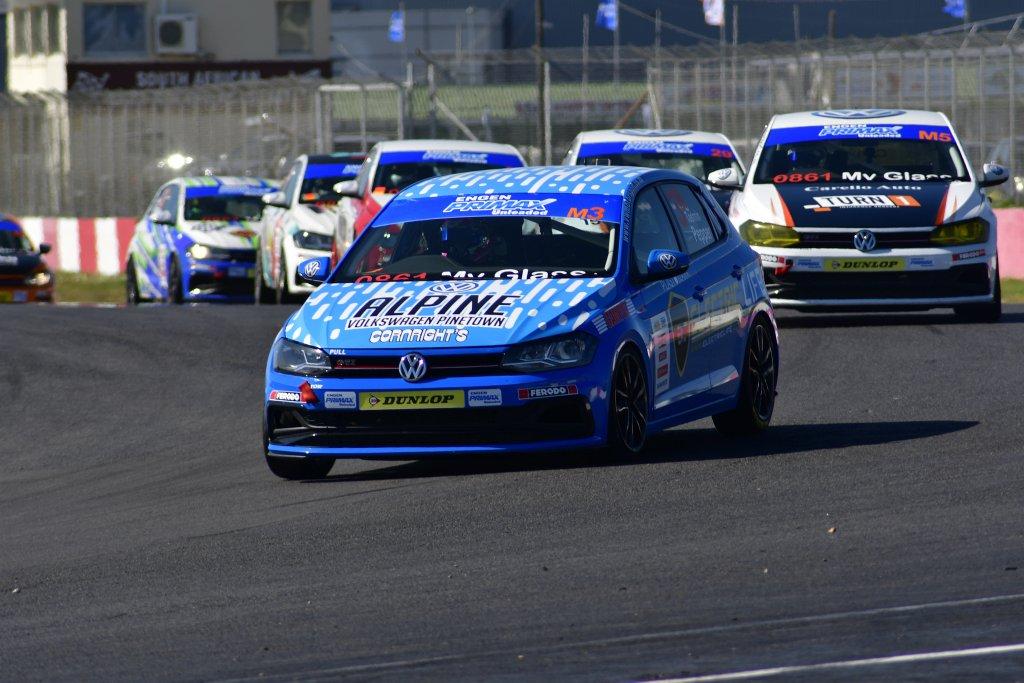 As always, Saturday morning’s official qualifying session reflected the discipline’s hugely competitive nature, with the times of the top 11 contenders covered by less than a second.

In race one Tasmin Pepper showed that her pole position was no fluke, by establishing a clear race lead by the fifth lap, and then relentlessly clicking off the laps to the flag.

Behind her, Jason Campos took the eventual second place, marginally ahead of Kruger, Keegan Campos, Bezuidenhout and Justin Oates.

Before being slowed with electronic bothers, Duminy set the Engen Polo Cup discipline’s quickest lap time of the day at one minute, 26,010 seconds.

Kruger made no mistakes the next time around in race two- starting from the front row of the grid, he took the race lead and managed to stay there the full ten laps.

Behind him, Pepper chased hard, setting the quickest race lap in the process, but she could ultimately not muster the pace to catch Kruger and finished second, two car lengths behind.

Mogotsi finished ninth this time out, followed by Gerber and Darren Oates.

The results mean that the 2018 Engen Polo Cup championship will go all the way to the wire, to be settled during the year’s final Extreme Festival Race meeting at the Zwartkops Raceway near Pretoria on Saturday, October 20.

There are a number of points permutations, but basically Tasmin Pepper has to win both races with Jeffrey Kruger third or lower, for the fast lady to become champion.

Alternatively, should both Kruger and Pepper fail to score points and Mogotsi wins both times, he could be crowned as the title holder.

CAPTION: Drama: a day of action at Killarney. Picture: Motorpress